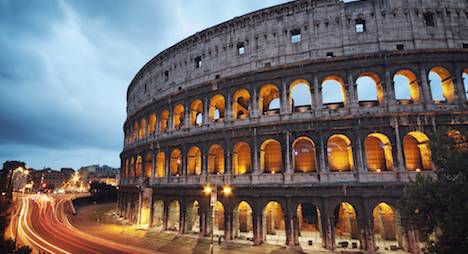 This is a guest post from Rita Mae Brown. Brown is the bestselling author of the Sneaky Pie Brown series; the Sister Jane series; the Runnymede novels, including Six of One and Cakewalk; A Nose for Justice and Murder Unleashed; Rubyfruit Jungle; In Her Day; and many other books. An Emmy-nominated screenwriter and a poet, Brown lives in Afton, Virginia, and is a Master of Foxhounds and the huntsman.

Some of you may believe the world started out when you came into it: birth, the original coming out. Pleasing as this thought is to one’s ego, it is not the case. Allow me to review The Conflict of the Orders to show how tied we are to ideas and people who came before. In other words, the politics you may be decrying is old news.

In 494 B.C., the citizens of Rome, who were neither well born nor rich, walked out of the city on a strike. This forced those in power, a small greedy group, to make concessions. Your history books will describe this conflict as occurring between plebeians and patricians. As those words have evolved over the millennia, let me describe the conflict this way: It was the revolt of the many against the few, the many average fellows (women had no vote) against those entrenched few who cared little about the regular citizen. Tempting though it is to look at this through the prism of Marx, or of racial privilege or gender privilege, don’t. Industrialization shifted people’s ideas of who and what they are significantly. Yet how they are manipulated has stayed the same, which takes us back to The Conflict.

It took until 287 B.C. for offices of government to be open to all citizens, for a non-well-born person to be able to be elected and make laws. This took mutinies, violence, steadfastness of purpose. The struggle was radical, focused on liberty as we understand that word today. This Roman effort was beyond anything ever attempted in Athens, which gets all the glory regarding democracy and was anything but.

The Conflict of the Orders also eventually overturned a law which forbade a patrician from marrying a plebeian. Sound familiar?

However, political victory did not result in social equality; vertical hierarchies seem ingrained in humankind. But one could rise on one’s merits, and could break into government based on achievement and wealth. Running for office in ancient Rome was outrageously expensive. More and more, money became critical.

So if you ran, you would appeal to the masses. You would promise any number of free items: food, entertainment, more holidays, and this would be liberally greased with money on the table and money under it.

Outrageous posturing, accusing your rivals of snobbery or cowardice, the more grasping natures warmed up the public for the pièce de résistance: a lurid description of their rival’s sexual promiscuity and perversity. (Ah yes, one can hope.)

You ignore the past at your peril. Before you complain about where we are and who we are: study. Study through the millennia. A clear view of government, of power, of finance, of the relationship between peoples and between people and the environment takes work. But if you put your shoulder to the wheel, you won’t be so easily fooled by the cause or the leader du jour. You will also be able to learn from those times when a positive outcome occurred. And they did, or you and I wouldn’t be here.

So come out and study. You will learn there is truly nothing new under the sun.