As a quiet lot to outsiders, us Indigenous Australians haven’t always been given the opportunity to have our voices heard quite as much as we’d like. In the past we’ve been the token ethnic decoration, running around deserts in traditional dress, and more often than not, having something horrible happening to us. However, there’s been an increase in positive storytelling for Indigenous people, and the show Cleverman is no doubt just the beginning. Cleverman takes place in the post-apocalyptic future, with an ancient race (the “Hairypeople”) wanting to co-exist with humans, only to be refused acknowledgement as citizens and sanctioned into allocated sites set apart from the rest of the general populace, not unlike the way Aboriginal Australians were treated during The Assimilation Process. The main protagonists of this story are two brothers, Waruu and Koen. Then the time comes for their grandfather to pass down ancient knowledge and power to Koen, making him the newly appointed Cleverman, the defender of his people.

Although the creators have used the superhero format with heightened realism with this story, the tales of oppression, ancient traditions and storytelling being passed down, and real warriors overcoming adversity is something that is very true of our culture (or our mob, as you’ll notice us say).

Here is some background reading to really showcase some of the truly great stories, writers, and artists from our country. I have included their Aboriginal nations name and area where they’re from, if not their general state clan. 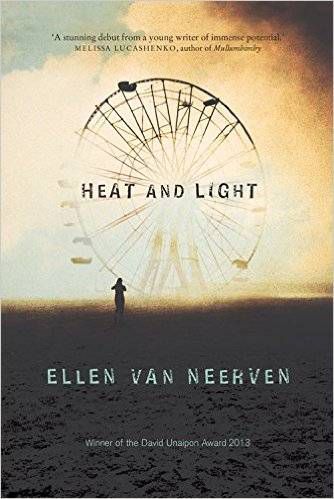 I also added Ellen’s book to my post about Books to Read when your Brain is Fried because this is such a lovely read for scenery-oriented people. Within the book there are three novella-sized stories titled “Heat,” “Water,” and “Light.” Each tale is embedded with strong, contrasting characters dealing with the complications that come with identity and sense of self. “Water” tells the story of a dystopian world with humans co-existing with plant people, which allows crossover of human rights themes resonating from treatment of Aboriginal people, but also refugees. “Light” has a darker, domestic noir feel to it. Although it is predominantly a dramatic series of Indigenous stories, there is a quiet sensuality within the moments she describes, an intimacy within the details she gives us. The story that resonated most with me was “Heat”– that of a rogue-ish woman who haunts all who know her. “Her now bland white hair was waxy and feather-like, stretching down her back and creeping from behind her ears into her mouth when she turned to you…” 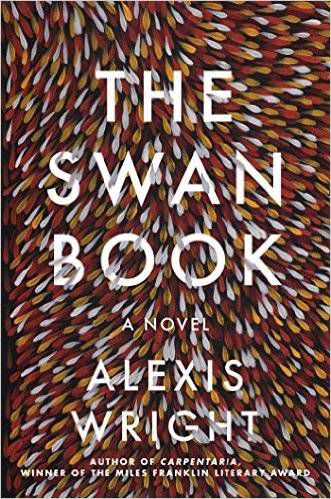 The Swan Book  by Alexis Wright- Waanyi Nation- The gulf of Carpentaria, QLD

With a similar Dystopian feel to Cleverman, The Swan Book is set in a future where Aboriginal people are continuing to live under Intervention laws that have been forced upon them.


Aboriginal communities are treated as alien entities, told through the complex and often lyrical language of protagonist Aunty Bella Donna. Aunty Bella Donna finds a young girl Oblivia in a tree, and takes her back to live in her compound, guarded by white soldiers. Oblivia has not spoken since enduring a vile mistreatment at the hands of her own people. The compound suddenly becomes populated with a flight of swans; Bella Donna’s spirit animal of sorts, and so she cares for them with Oblivia. However, a common trait in the way of things with Indigenous communities is that higher powers come back to trample on the people, and so begins a chain of events leading to an illustration of the tragedy that is our people. But as always with us, adversity is overcome.

This is quite a complex read with jumping timelines, but a beautiful story which is more than likely going to make you cry. A lot. 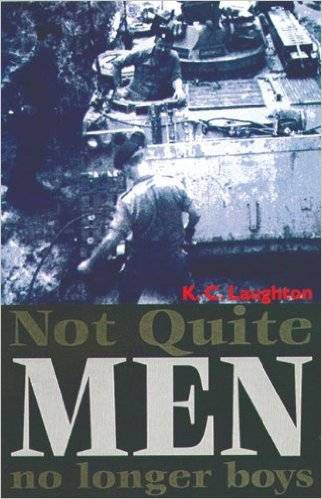 Not many people are aware that Aboriginal soldiers went to war for Australia. This is the story of nineteen-year-old Kenny, a young lad like many others who romanticised the heroic side of war, and the fame that seemed to come with it, and so went on to do his tour of duty in Vietnam. As you can imagine, again like many others, he finds some sobering experiences along the way, but also finds that war is a kind of racial equaliser for those who would normally not give him the time of day back home. However, one could easily come to the conclusion that it was never worth the horrors that awaited him on and off the battlefield. Although this is at times a harrowing read, Laughton is a natural storyteller and finds ways to sprinkle lightness and humour throughout the journey he takes. You get a real sense of Kenny and his mates, and the shenanigans they get up to in and out of war. 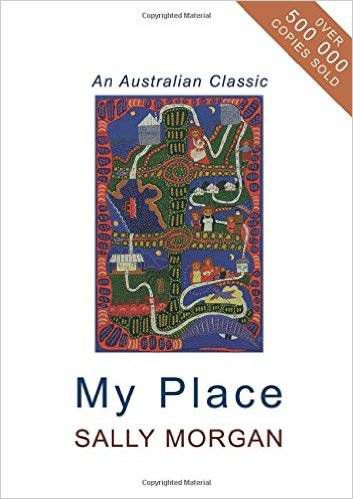 This story was born through Sally’s personal journey to find out more about her heritage that began upon discovering she was Aboriginal, something that was kept secret due to stigma. This led to an uncovering and curating of the autobiographical stories of three generations of Indigenous Australians: Sally, her mother, grandmother, and Sally’s great uncle. It feels as though we discover with Morgan the atrocities that her family had to endure, such as being victims of the Stolen Generation. It feels as though we are with Sally as she investigates her family history, and the audience makes these discoveries as she does. Sally recounts times when she was advised to tell schoolmates that she was Indian, then through stubborn questioning and through adolescent rebellion she then later discovers her true heritage and discovers that her grandmother was stolen from her own mother, and made to work for white people on their farm. Later, Sally’s own mother is taken from her in the same way.
My Place has been an influential piece of literature within Australia, becoming required reading for education in schools, bringing to light that despite the fact that the Removal Process of children had been ended decades before, there were understandably still repercussions occurring for years to come. 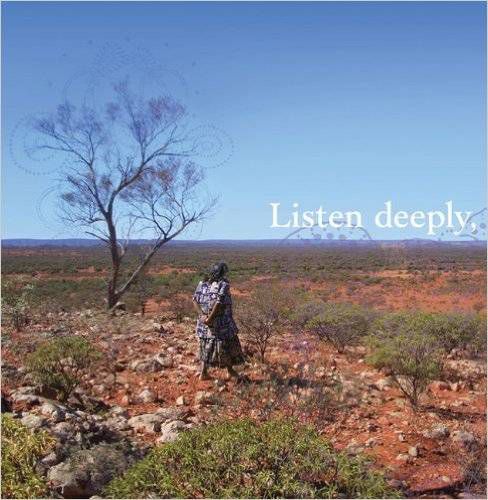 Listen Deeply was a book I discovered in an Aboriginal Art Gallery where I was working at the time, and was slowly learning more about my culture. Auntie Kathleen Wallace is an artist at Keringke Arts Centre in Northern Territory, and her book is filled with pictures of her artworks and the stories that accompany them. Everything is written in both English and in Eastern Arrernte. The book contains seven traditional stories, as well as personal accounts of Auntie Kathleen’s life. If you’re able to, endeavour to get the version of this book that comes with the accompanying CD, where you can listen to Auntie Kathleen tell the seven stories traditional way, in her native tongue. There is nothing quite like hearing an Auntie tell stories in a language that sounds like water. A really great resource if you’re wanting to know more about Aboriginal art and culture, as well as some wonderful stories to share with your children. 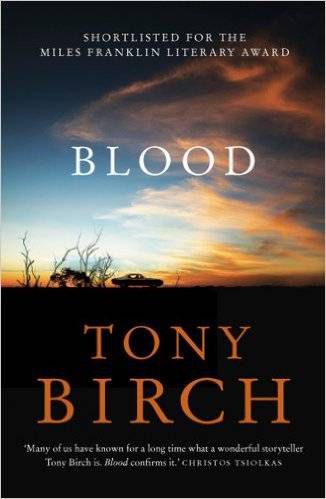 This is a family drama about the teenaged boy Jesse and his little sister Rachel, living a nomadic existence with their mother Gwen who refuses to settle into a town and call it home, and in the same vein, maintains a kind of production line of unsavoury boyfriends coming and going. This leads to a dangerous situation with one of her men becoming fond of Rachel in a way that Jesse needs to remedy. There is an interesting questioning that comes from this story, when you start to wonder if children such as these would be better in the infamous foster care system as opposed to staying with their turbulent mother. Gwen grows jealous of the children’s bond and eventually reveals that they have different fathers. Jesse remedies this in Rachel’s mind by cutting each other’s fingers and mixing the blood, making them more connected. Their love for each other is the only constant within the story, and Jesse has sworn to protect his little sister, and that sense of family, of blood, is something to not be taken for granted. 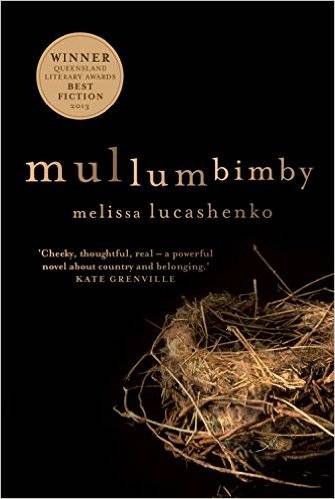 Mullumbimby is a story of love, hope, and Indigenous Australians culturally coming of age through the attempt at “winning a war that nobody even talked about for two hundred years,” all set within the picturesque scenery of rural New South Wales, swathed in “the horror of never-ending fences” that Melissa Lucashenko paints for us with ease. We are met with conflicts involving racism, sexism, native title, cultural conflicts, tumultuous love affairs, spiritual disturbances, and a bit of a mystery in a land where “everything on country is connected, or nothing is.” This is a story about Jo, a single Aboriginal mother trying to find her feet in a male-dominated and prejudiced country town, raising a daughter, and finding love when she really didn’t need that complication.
Considering the raw reality of the story, there is a somewhat delayed start to the supernatural themes within the book. Once this mysterious element is established, it is a consistent underlying ingredient lurking below the surface of the story, suggested through haunting voices in the landscape, unexplained drawing from the land, the gift of second sight, and it all comes together and fully rears its head at a pivotal moment within the final chapters.
One thing you will notice throughout stories of Aboriginality is an importance for family and a sense of pride within the self, something which has had many attempts to be stamped out by outside forces over the years. I hope you get a chance to read some of these, or at least have a look at Cleverman.