Hello mystery fans! First, if you’ve been waiting for the release of Winter Counts by David Heska Wanbli Weiden, it’s finally here! (Review) For this week I have for you one of my favorite mystery writers that will totally scratch any reading itch you may have for a detective/procedural based on classics, and a fun mystery with all the nostalgia. 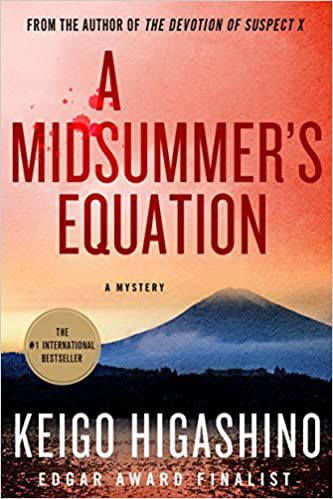 I love Higashino’s detective mysteries and wish they’d all get translated — he’s huge in Japan! First, a note on the whole #6 in the series — you don’t have to read these in order, you actually technically can’t unless you read the untranslated original works because they have not all been translated to English, and the ones that have been were done out of order. Publishing, am I right? So pick up whichever sounds the best first, and then read them all.

Now about A Midsummer’s Equation: it has so many elements of the genre stitched nicely together it makes for a perfect curl-up-with-a-mystery-book read. The premise is: a guest dies at a family inn in Hari Cove, a now economically struggling tourist town, and the question is, “was it murder or an accident?” You follow the family inn members, mostly the visiting nephew and the daughter who works at the inn but is also fighting a company from undersea mining their ocean. We then also follow not one, not two, but three crime solvers: the small town police who rule the man falling into the water an accident; the Tokyo police who ask for an autopsy and suspect foul play, especially upon realizing it is a former detective who has died; and Manabu Yukawa, a physicist and college professor who is referred to as Detective Galileo as he assists the Tokyo detectives.

There’s a lot to love here, from the way the mystery is built and unraveled, reminding me of old school mysteries with a bit of Sherlock: the different perspectives; a nice armchair trip to Japan; and Detective Galileo bonding with the inn’s nephew and performing science experiments with him. If you’re looking to watch a complex mystery solved and don’t want dark, gritty, nor graphic, this is your book. (TW brief discussions of possibility of suicide/mentions past cancer death, side character with brain tumor) 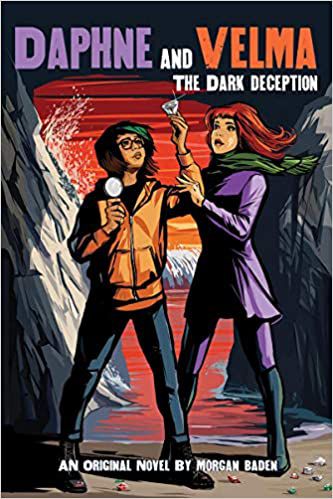 The Dark Deception (Daphne and Velma #2) by Morgan Baden

If you’re looking for a mystery to give you nostalgic feels (for those who grew up with the Scooby gang) but sans murder, this is an entertaining pick. The series takes you back to the beginning and gives you a look at how Daphne and Velma became friends again after a fallout, and how together they start solving crimes in Crystal Cove. Think of it as the prequel to the Scooby-Doo series, where you really get to know the characters beyond the stereotypes, watch the friendships grow, them deal with family issues, navigate teen years, and of course, most importantly, solve some mysteries.

I recommend starting with the first for two reasons: it shows Daphne and Velma’s friendship being repaired; this one gives you the entire solve of the first book. However, if you want to skip the first because you only want a non-murder mystery, you won’t be confused reading this one. Now about The Dark Deception: it’s all about the jewels. The jewels that keep washing up on the Crystal Cove shore. Where are they coming from and why? But, like any good Scooby-Doo mystery there is more to solve than one thing — I mean, the whole town is a mystery, but also the girls are spying on Shaggy because something is up with him and they want to know what.

Watch Daphne get an internship and Velma navigate who she is as they try and solidify their friendship, slowly build ties to their future gang, and solve some of these mysteries while being pesky kids.