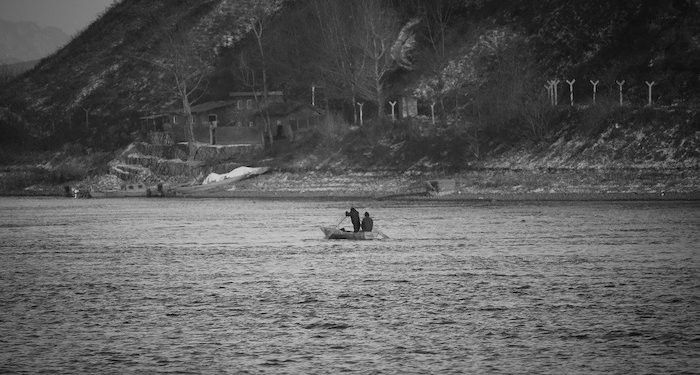 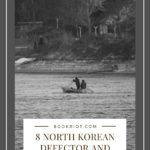 When these North Korean defector and captivity stories started coming out, the world began to get a glimpse of life in the DPRK.

We have known for ages that the Democratic People’s Republic of Korea is neither a democracy nor a republic. But exactly what goes on in the closed country of North Korea has been shrouded in secrecy for decades.

The world knew vaguely about a famine in the late ’90s. Humanitarian groups witnessed firsthand the heartbreaking arrival of emaciated North Koreans fleeing to China looking for something to eat. Something more than grass, bark, and saltwater.

No, these reads are not for your escapist and feel-good stockpile. Not by any stretch of the imagination.

They are atrocious tales that uncover the most grotesque violations of basic human rights.

In America we talk about terrible abuses in our own past: slavery, the Trail of Tears, exploitation of indigenous people. As members of the free world, we talk about the horror of the Holocaust, the terrifying existence of Soviet gulags. These were egregious blights in our human history. They speak of the tremendous capacity of humans to abuse power and mistreat the vulnerable and the powerless.

Isn’t it time we talked more about the people of North Korea who have been suffering these atrocities for almost 70 years now?

North Korea is more than the seat of an unstable narcissist who compels a nation of 25 million to worship him. It is the most abused country on the planet full of the incalculable suffering of vast numbers of people.

These defector and captivity stories will open your eyes and leave you speechless. They will make you see the plight of the North Korean people, and help you see the DPRK as more than a place with nuclear warheads aimed at the free world. North Korea is the most secretive state in the world, but not anymore thanks to these brave individuals who risked and endured torture to escape the hermit kingdom. 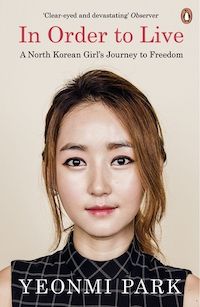 In Order to Live: A North Korean Girl’s Journey to Freedom by Yeonmi Park and Maryanne Vollers

The Observer aptly called this book “clear-eyed and devastating.” Yeonmi Park was born in the world’s most repressive country. She fought to escape through the only choices available to her: human traffickers and smugglers. Add to the ordeal her death-defying walk through the Gobi desert to Mongolia, and that will give you an idea of the journey this 21-year-old took to have a chance at freedom. 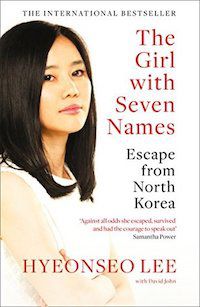 The Girl with Seven Names: Escape from North Korea by Hyeonseo Lee with David John

“Hyeonseo Lee brought the human consequences of global inaction on North Korea to the world’s doorstep…Against all odds she escaped, survived, and had the courage to speak out,” says Samantha Power, U.S. permanent representative to the United Nations. Disillusioned with her country, Hyeonseo escaped when she was 17 years old. Twelve years and two lives later, she returned to rescue her mother and brother in a terribly costly and dangerous deliverance. 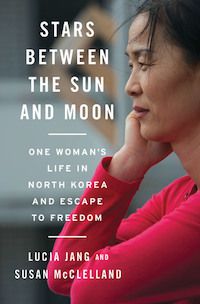 Stars Between the Sun and Moon: One Woman’s Life in North Korea and Escape to Freedom by Lucia Jang and Susan McClelland

A rare look into the amazing resilience of a commoner in rural North Korea. Lucia Jang lived through the famine of the 1990s, a devastating time when over one million of her fellow countrymen starved to death. She escaped and tells her harrowing story of heartache and loss, but also of triumph and freedom. 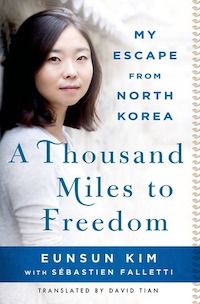 A Thousand Miles to Freedom: My Escape from North Korea by Eunsun Kim with Sebastien Falletti, Translated by David Tian

Eunsun’s father and grandfather died of starvation by the time she turned 11 years old. Not wanting to suffer a similar fate, Eunsun’s mother took her and her sister to South Korea—a treacherous journey that took nine years. Eunsun would first live homeless with her family, endure traffickers, suffer inside a North Korean labor camp, and cross a desert on foot to reach freedom. 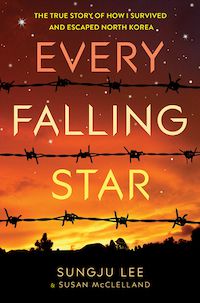 Every Falling Star: The True Story of How I Survived and Escaped North Korea by Sungju Lee

Forced to live on the streets as a young boy, Sungju Lee survived in North Korea by thieving, begging, and fighting. His memoir tells of what it was like to be alone, to go hungry every day, to fear imprisonment, and to find a new family of “brothers.” Ultimately this true story tells of the power of hope in the face of overwhelming adversity. 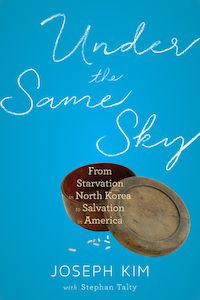 Under the Same Sky: From Starvation in North Korea to Salvation in America by Joseph Kim with Stephan Talty

Joseph Kim tells the story of how he tried to survive the streets as a young boy, begging and stealing to avoid dying of starvation. In his desperate escape from North Korea, he comes across a kind Christian woman who shelters him and helps him connect to an Asian underground railroad. Through their benevolence he finds hope, faith, and a new life in America, becoming one of just a few North Koreans brought to the U.S. as refugees. 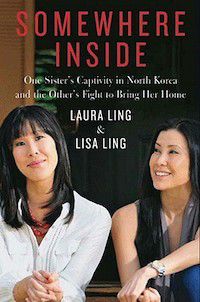 Somewhere Inside: One Sister’s Captivity in North Korea and the Other’s Fight to Bring Her Home By Laura Ling and Lisa Ling

When Lisa Ling’s sister, Laura Ling, was captured doing an assignment on North Korea, it was big news. In case you missed it, relive the entire drama from beginning to end right here. Somewhere Inside recounts Laura’s experience of being chased down by North Korean soldiers and detained inside the secretive state for months. Through her sister’s efforts and contacts with powerful individuals, Laura narrowly escapes a sentence of 12 years of hard labor in a prison camp. 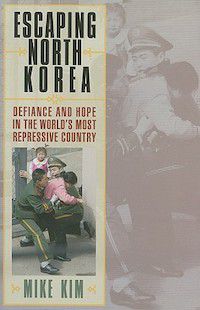 Escaping North Korea: Defiance and Hope in the World’s Most Repressive Country By Mike Kim

Thousands of defectors will not have a chance to tell their stories with a book of their own, but Mike Kim shares a collage of the stories he heard and recorded while working with refugees on the Chinese border for four years. He recounts their experiences of famine, sex-trafficking, and prison torture, offering a vast overview of what life for these escapees was like. Thankfully a note of hope pervades the entire book, shedding light on the courage of defectors and the individuals who help them.

For more info on how to go beyond reading, visit organizations on the front lines helping North Korean refugees: Liberty in North Korea and  Crossing Borders, a faith-based NGO. For the latest news on North Korea, follow on Twitter @NKnewsorg.