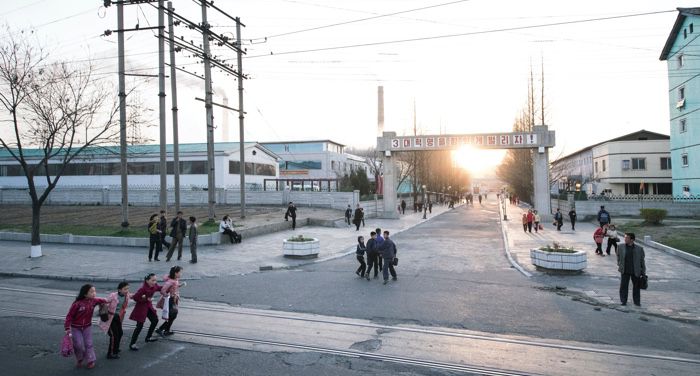 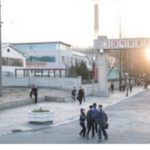 Before 2014, I had not read anything longer than a news article on North Korea. Despite living in Japan for two years, I did not know much about the country that is often seen as a major threat to Japan and its neighboring countries’ safety.

Around 2013, Dennis Rodman made his first visit to the basketball-loving young leader of North Korea. Like most people, I was mystified as to why Dennis Rodman would be involved in international diplomacy of any kind. But hey, the world’s a weird and complicated place. So I thought I might read something on this country I knew so little about.

Sometime that year I picked up Barbara Demick’s Nothing to Envy: Real Lives in North Korea. The image of the young woman on the cover was striking. I was also curious about the country as I knew almost nothing about it, unless you counted where to find it on a map. 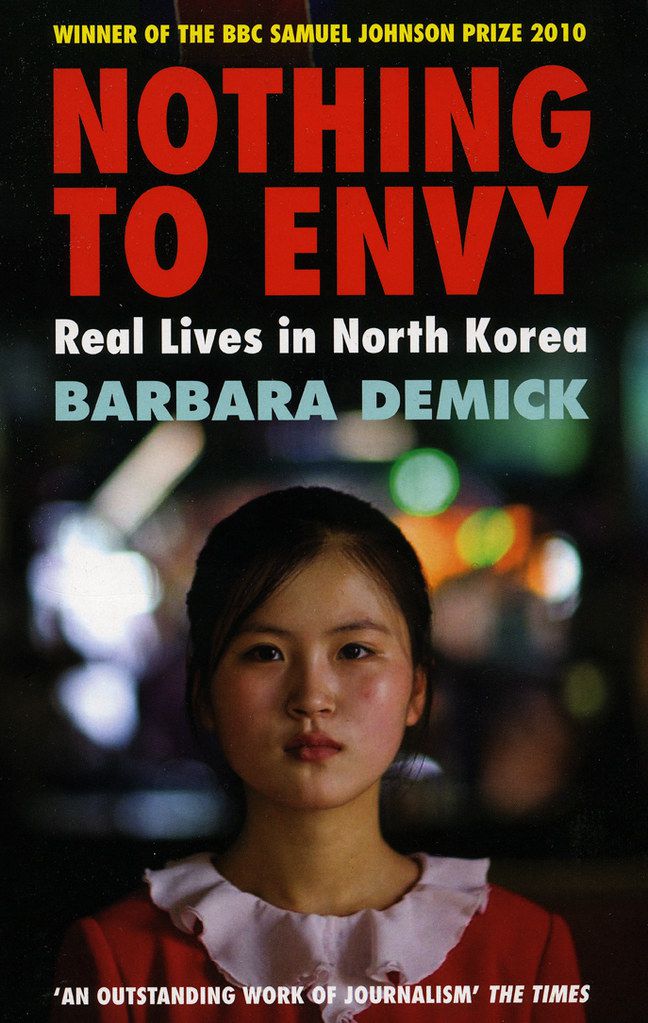 Demick’s account fascinated me and provided a view into a world that was very hard to comprehend. For example, her interviewees talked about repression and propaganda on such a scale that it was inescapable. Mandatory radios in every home that could not be turned off. Movie theaters that only played North Korean movies. Lessons that stressed how much better off North Koreans were compared to South Koreans and the rest of the world. I could not even imagine what it would be like to grow up there, let alone what it would be like to grow up and then leave.

Demick works for the Los Angeles Times and she served as the Seoul Bureau chief from 2001–2006. While in South Korea, she wanted to learn more about North Korean defectors. She sought out North Korean survivors who were willing to meet with her and share their experiences. The result are detailed, firsthand accounts of the North Korean system. To this, she wrote considerable background about recent events in the country, including a famine in the 1990s that was so severe some estimates of the death toll are as high as two million.

Escaping is Only the Beginning

Demick also explained how difficult it was even for those who made it out. Many end up in South Korea, where they must adjust to a very different world from the one in which they grew up. Regular North Koreans cannot easily access anything resembling the internet as most of us know it. North Koreans often do not have reliable electricity. The country continues to struggle with malnutrition according to UNICEF.

In contrast, South Korea has some of the highest rates of internet usage and some of the fastest internet connectivity of anywhere in the world. It also has a very high rate of cosmetic surgery. It might sound silly to worry about cosmetic surgery after all these people have survived, but some think the popularity of surgery reflects the highly competitive nature of modern South Korean society. They argue that South Koreans must look their best to gain even a small advantage over others for job interviews. Can you imagine moving from a relatively closed country and system like North Korea to a place like that? I cannot.

On top of all of that, it is normal for any shared language to develop differently in communities that are cut off from one another. Hence the differences between Parisian French and Québécois French, for example. It should come as no surprise then that North Koreans have a very different accent from their South Korean counterparts. They also use vocabulary that differs from what is used in South Korea, which Demick notes can make integrating into South Korean society more difficult.

Needless to say, I remember Demick’s book well for something I read six years ago. Anyone interested in North Korea should read it.

After Demick’s book, I bought a copy of Joseph Kim’s Under the Same Sky: From Starvation in North Korea to Salvation in America. As the first memoir I read from someone who had escaped, it was devastating in its suffering but also surprisingly hopeful at times. 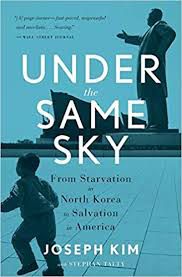 For example, after suffering unimaginable deprivations, Kim finally had the opportunity to return to school as a high school junior. He had missed out on so much time he could have spent on his education. But he wrote, “I was so excited to be a student again…this was my chance to return to a beloved place that had become a vague memory to me.”

His ability to view this in a positive light was surprising to me. If I had been in his place, I think I would have focused on all that I had lost. Needless to say, I finished Kim’s memoir quickly. I appreciate that he wrote it because it was powerful.

A few years later, I read Masaji Ishikawa’s A River in Darkness: One Man’s Escape from North Korea. Not wanting to ruin it for anyone interested in reading it out there, let me just note that Ishikawa went through unimaginable suffering and eventually escaped also. 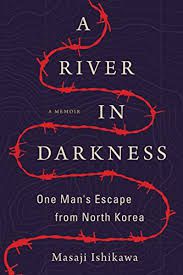 However, his situation did not turn out quite as positively as Joseph Kim’s seemed at the end of Kim’s book. I am glad I read Ishikawa’s book, but where Ishikawa stops writing his account is heartwrenching. He has not been able to free his loved ones nor himself ultimately from the state’s grip.

In 2019, I heard an interview with Anna Fifield. The Washington Post’s bureau chief in Tokyo from 2014–2018, Fifield published a book about North Korea’s young leader Kim Jong Un, someone the world knows very little about. Her book is titled The Great Successor: The Divinely Perfect Destiny of Brilliant Comrade Kim Jong Un. It was another fascinating read about North Korea, but from a very different perspective than the books I had read previously. 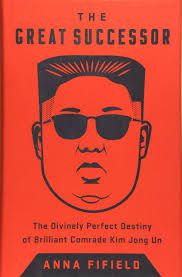 Gathering as many defector and survivor accounts as she could, Fifield analyzed these with an eye toward understanding North Korea’s new young leader. She also spoke to all the individuals she could who had come in personal contact with the leader. There are accounts of his time spent in a boarding school in Switzerland, his life before and after his father’s death, and some of Dennis Rodman’s unexpected relationship with the great successor.

Somewhere during these years, I also read Adam Johnson’s novel The Orphan Master’s Son. It is, so far, the only fiction I have read set in the country. 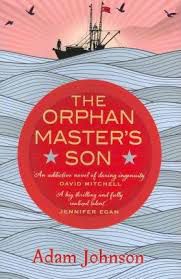 Johnson blends facts and evocative imagination together to create his novel. Impressively, Barbara Demick wrote that after reading an excerpt, she assumed it was from a North Korean defector’s memoir rather than fiction. The details seemed that good to her in the passages she read.

It is, of course, not all based on fact, which is partially why I enjoyed it so much. Johnson’s portrayal of the relentless struggles of the main character Jun Do come to encompass far more than just the believable deprivations reported by defectors. However, I would expect nothing less from a gifted writer like Johnson.

Ultimately, what I thought would be reading one book on North Korea has now turned into much more of an interest. I would not say I am obsessed with North Korea, but I may want to read more about it.

Of course, not everyone shares this same level of interest. One of my colleagues asked me to recommend a book about North Korea because I had mentioned that I was reading Fifield’s book. She sent me an email and I was proud of myself that I only included three recommendations with a short reason for each choice. Three seemed like a reasonable number and I congratulated myself on my admirable restraint. Then she let me know that one book was about all she could handle. In my enthusiasm, I had overdone it. Oh well, maybe she will read one of these titles and realize as I have that one book on North Korea is just not enough.