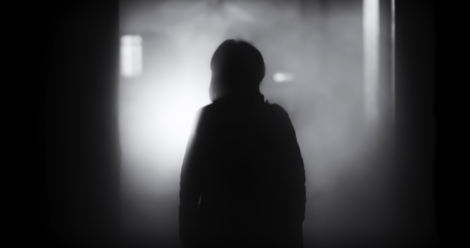 I’m just going to admit it: most nonfiction isn’t exciting. That’s why I tend to be a fiction lover first and foremost. I like action, I like books that move, I like genre novels. Which means that my ventures into nonfiction are often a big, fat fail. But if you like books that keep you on the edge of your seat–especially if you’re a lover of thrillers, mysteries, and crime novels–I’ve compiled a list of books that will more than meet your criteria for page-turning goodness.

Public Enemies: America’s Greatest Crime Wave and the Birth of the FBI, 1933-34 by Bryan Burrough

Crime can keep a nonfiction book moving just like fiction, but you need to make sure there’s actual action and not just talk. True crime books can be painfully slow (as real crime often is) but this is one book that has bad guys to spare, crime sprees galore, and the kind of big names that you’ll recognize immediately. Bonnie and Clyde, John Dillinger, Baby Face Nelson, Pretty Boy Floyd, and many others make not only appearances but play starring roles. There’s much more to their stories than you’d expect: a wealth of crimes and chases and thrills. Criminals back in the day could get away with an awful lot just by leaving town, but this book follows the guys who finally started to chase them down from state to state. A really boring movie was made of this a few years ago- skip it.

Helter Skelter: The True Story of the Manson Murders by Vincent Bugliosi and Curt Gentry

As a law student who started to find endless episodes of Law & Order boring and inaccurate, I decided to see what a real procedural looked like and couldn’t ignore all the positive reviews for this book. Helter Skelter is like nothing else, an intricate look at the Manson family, a methodical look at how the investigation unfolded, and a brilliantly done piece of courtroom drama as the killers go on trial. Bugliosi was the prosecutor in the case and he does an amazing job of telling this story and making the legal issues accessible for readers. It’s twice the length of any police novel, but also twice as good. (Bugliosi has other true crime novels later that are also pretty fascinating, including And the Sea Will Tell.)

The Skies Belong to Us: Love and Terror in the Golden Age of Hijacking by Brendan I. Koerner

If you were born after 1965, this book will be particularly fascinating. As someone who falls into that category myself, I knew that planes used to be hijacked much more than they are now, but I had no idea just how often it happened. It seems quaint to read that any passenger plane could be quickly diverted to Cuba simply because someone made a few vague threats. Oh, and don’t forget the big payouts that airlines happily handed over. Suggested security was shrugged off as ludicrous. In the post-9/11 era it is constantly shocking just how far things go and how people just shrug it off. Koerner keeps the book moving by going back and forth between the history of these hijackings and how each one presented new challenges, next to the story of Roger Holder and Cathy Krekow, a pair of unlikely criminals whose path we follow in depth.

Only a few years after its publication, Cullen’s book is already considered one of the seminal nonfiction works of the modern day. It deserves the accolades. One thing going for it is the vast differences between what was reported during that first year in the aftermath of the horrific shooting and what Cullen uncovers when he goes back to put the pieces together years later. We learn more about the killers than we ever did before. We also learn a lot more about the victims and just how many of their stories were mis-reported. Columbine was a big news story for the mass media, and if you’re at all worried about the evils of the 24-hour news takeover, this book is a must-read. It is constantly riveting no matter how much you think you know.

The Map Thief by Michael Blanding

White-collar crime can be some of the most fascinating, and the subject of Blanding’s book is no exception. E. Forbes Smiley was a big player in the antique map dealer business- a small business, but one that deals with huge amounts of money for priceless items. And yet he stole dozens, possibly hundreds, of maps and got away with it for years. In our day of DNA and technology, it’s shocking to see the lack of a paper trail and just how easy it was to prey on map collections. If you like picking up trivia, it’s the kind of book that is full of tidbits you’ll be dying to read out loud to the person next to you. You may find yourself with a map addiction by the time it’s over.

Any other great suggestions I should pick up?