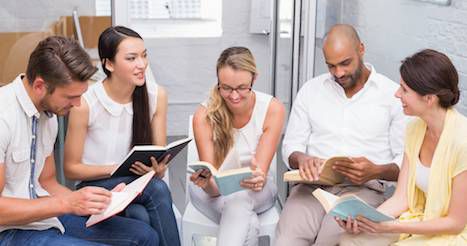 There are tons of benefits to reading nonfiction in your book club. For starters, it’s a great way to remove some of the intimidation that many people feel when approaching nonfiction. Having your book club pals around to wade through the difficult or confusing parts can help spark conversation and open new dimensions to a book.

There’s a group of readers around you who come from assorted backgrounds and have lived different life experiences—take advantage of that! You’ll get to learn about a new topic from various perspectives, while also getting to know your book club pals on a deeper level.

Blurbs are taken from Goodreads.