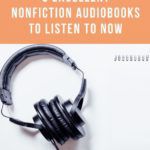 Nonfiction November is upon us! If you’re anything like me, the sheer amount of possibilities overwhelms me every November, and I find myself sorting through my TBR way too long before I decide my next read. So here are some great picks to help you find the perfect audiobook for your Nonfiction November TBR. 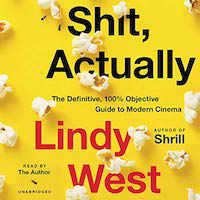 Sh*t, Actually: The Definitive, 100% Objective Guide to Modern Cinema by Lindy West, Narrated by the Author

Lindy West is back with another hilarious essay collection, this time giving us her opinions on popular movies like, Rush Hour, The Lion King, Titanic, and so many more. I loved her unique take on these films, and I found myself laughing out loud, more than once waking up my Corgi from his much-deserved nap. West narrates the audiobook herself, adding perfect comedic timing to an already fantastic essay collection. 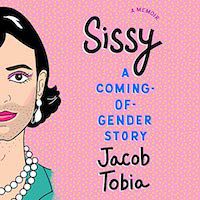 Sissy: A Coming-of-Gender Story by Jacob Tobia, Narrated by the Author

In their memoir, Sissy, Jacob Tobia shares the story of their growing up years as they navigated the difficulties of being genderqueer in a society that only sees the gender binary of man and woman. In their witty narrative voice, Tobia shares the insights and life lessons they have learned along the way, delivering inspirational quotes along with their hilarious anecdotes. Tobia’s audiobook narration is spectacular, making the whole experience feel like a performance. 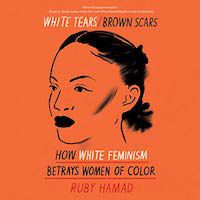 Written by Arab Australian author Ruby Hamad, White Tears/Brown Scars discusses the harm caused by white feminism and the role white women play in white supremacy. Using examples from around the world, Hamad tackles the topic from several different angles, giving readers a wide range of perspectives. Mozhan Marnò beautifully narrates the book, making it easy for the listeners to follow along and process the information presented in the book. 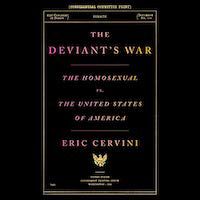 The Deviant’s War: the Homosexual vs. The United States of America by Eric Cervini, Narrated by Vikas Adam

In The Deviant’s War, Eric Cervini follows the history of how the American government has treated gay men, particuarliy from the 1940s through the 1960s. Using interviews, declassified documents, and a variety of other resouces, Cervini’s intense research gives listeners a window into an era when the government actively persecuted and silenced queer men. All-star audiobook narrator Vikas Adam performs The Deviant’s War perfectly. 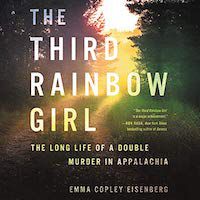 The Third Rainbow Girl: Long Life of Double Murder in Appalachia by Emma Copley Eisenberg, Narrated by the Author

Part memoir, part history, and part true crime story, The Third Rainbow Girl takes listeners into the Appalachian mountains of West Virginia from the perspective of the author’s experience working for a nonprofit in Pocahontas County. While there, she learns about the murder of two women, called the “Rainbow Girls,” and Eisenberg becomes determined to find out more about them. Eisenberg lends her own voice to the audiobook, adding layers of emotional depth and perspective to an already fascinating story. 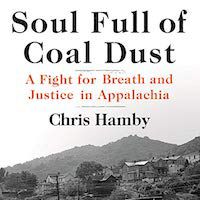 Soul Full of Coal Dust: A Fight for Breath and Justice in Appalachia by Chris Hamby, Narrated by Gary Tiedemann

Written by Pulitzer Prize-winning journalist Chris Hamby, Soul Full of Coal Dust follows the history of pneumoconiosis, or “black lung” disease, amongst West Virginia coal miners and the legal battles that surrounded getting the miners the care that they needed. This book takes a deep dive into the history of big companies taking advantage of disabled men trying to support their families. I found this story incredibly fascinating from start to finish, and Gary Tiedemann’s brilliant narration made him the perfect choice for this audiobook.