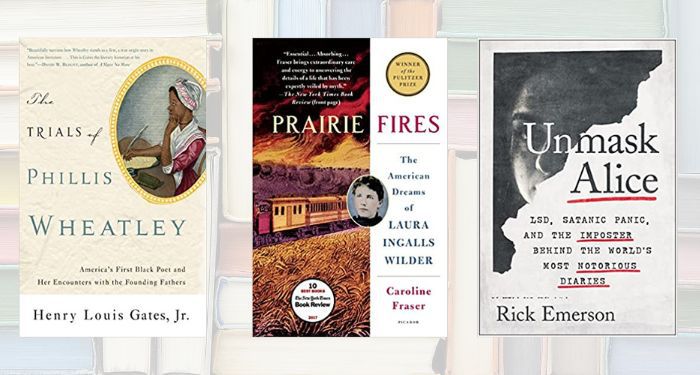 For those of us who love reading both fiction and nonfiction, there’s a certain category of book that combines these loves: nonfiction books about books. While I do sometimes read literary biographies, history, and criticism, there’s a particular category that rules them all. I love the books that dive into the fascinating stories behind literary phenomena. Because books, even singularly weird fiction that seems like it must have sprung from an author’s brain fully formed, don’t truly arrive out of nowhere. They reflect the times around them. Authors inevitably draw their ideas from somewhere. A book’s impact can expand beyond those who’ve read it or even people who’ve ever heard of it.

These are the stories I crave. Having more context for books I love, like my problematic fave Little House on the Prairie, enriches my understanding of the series as an adult without detracting from my childhood memories. Then there are books I find loathsome, like Go Ask Alice. Reading about what horrors that book contributed to, like the so-called War on Drugs, stokes my righteous flames of anger. It’s very exciting to share this niche collection of books with you. I know that if this category of books appeals to you, you’ll eagerly tear through this list. So let’s get meta with these books about books. 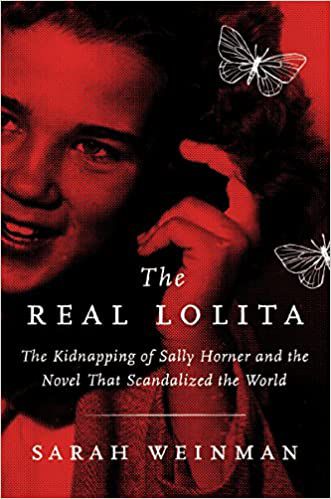 The Real Lolita: The Kidnapping of Sally Horner and the Novel That Scandalized the World by Sarah Weinman

This absolutely gripping book is a blend of true crime and literary criticism. The author makes a very convincing argument for how much Vladimir Nabokov borrowed from the true story of Sally Horner’s kidnapping by a serial child abuser while writing his best-known novel, Lolita. The story is heartbreaking, obviously. It’s sad to see how many people, none of whom are careful readers, think that Lolita is a love story and not a horror novel. It’s even sadder to see the real exploitation behind the inspiration. 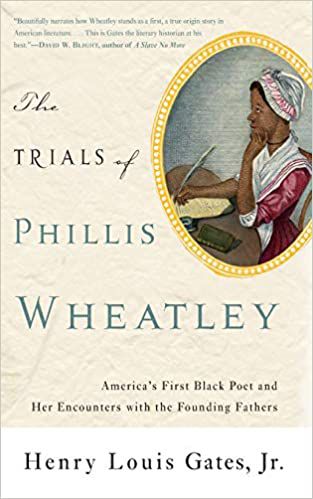 The Trials of Phillis Wheatley: America’s First Black Poet and Her Encounters with the Founding Fathers by Henry Louis Gates, Jr.

This lyrical book traces the Black American literary tradition back to one author. Phillis Wheatley was an enslaved woman in Massachusetts, originally born in West Africa. She gained emancipation following the publication of her book Poems on Various Subjects, Religious and Moral. Wheatley was famous in her time, and deserves to be more widely known now. She rubbed elbows with many influential figures of the day and was quite famous herself. Henry Louis Gates, Jr. excavates the narratives and discourse that sprang up around Wheatley’s work and Thomas Jefferson’s opinion of it in particular. 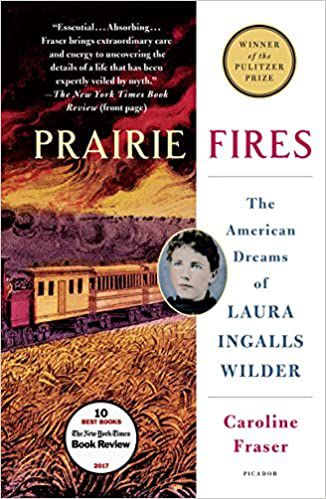 For anyone who, like me, tries to hold my childhood fondness for the Little House on the Prairie series alongside the very valid criticism of it, this book is a must-read. Honesty, it’s a must-read for anyone who could use some well-researched history about the pioneer times. Pa’s famed rugged individualism as depicted in the books is easily countered by the historical record, as Caroline Fraser carefully details. The book also chronicles the strained and complex relationship between Laura Ingalls Wilder and her daughter Rose. This book relates to the above book about Phillis Wheatley in showing how narratives from the past held as common beliefs often deserve a more critical look. 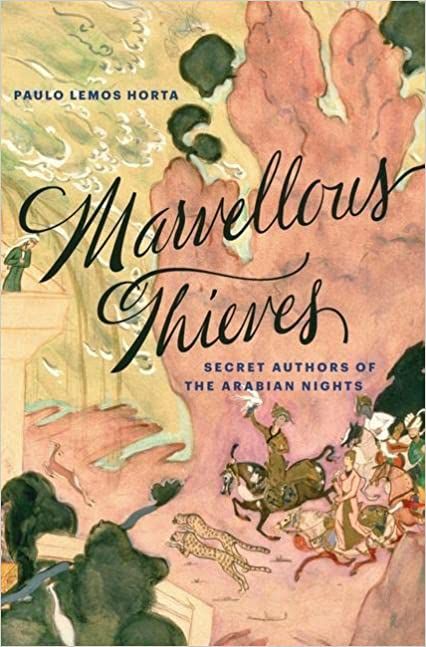 I was spellbound the first time I read One Thousand and One Nights, AKA Arabian Nights, delighting in each of Scheherazade’s nested tales. Folk tales don’t have clear authors, but this book has passed through many different languages and editions on its path to immortality. By that token, there are lots of distinct people associated. With a story that mirrors Scheherazade’s, the author spins a tale of truth and invention, authorship and plagiarism, that will also enchant you. 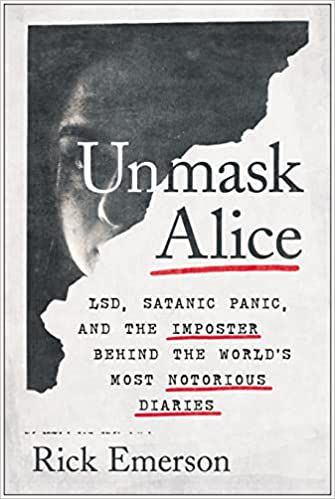 Unmask Alice: LSD, Satanic Panic, and the Imposter Behind the World’s Most Notorious Diaries by Rick Emerson

Have you read Go Ask Alice as an adult? How did anyone ever believe it was written by a person who truly experienced the sex, drugs, and rock ‘n roll of the 1960s and 1970s? Nonetheless, the book added to the moral panic that spun into the War on Drugs. Its sequel, Jay’s Journal, helped spark the Satanic Panic. This riveting book is ideal for those of us who love to hate a scammer story. In great detail, it lays out the lies piled upon lies comprising the career of Beatrice Sparks, author of Go Ask Alice and Jay’s Journal.

Blockbuster! Fergus Hume & The Mystery of a Hansom Cab by Lucy Sussex

How about some Australian literary history? Fergus Hume’s The Mystery of a Hansom Cab was a book written to make the author’s name known among the Melbourne theater scene. But it became Australia’s first literary smash hit and a worldwide success. But Hume sold the copyright for 50 pounds, missing out on the fortunes his book made for other people. Diving into the history of crime fiction, publishing, and bookselling and collecting, this book is lively and even gossipy. 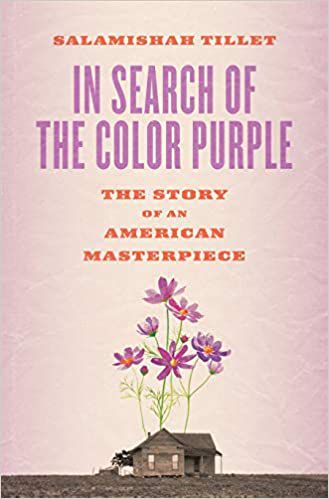 In Search of The Color Purple: The Story of an American Masterpiece by Salamishah Tillet

One of the things I love about the books behind the books is how genre-spanning they can be. This book tells the story behind Alice Walker’s masterpiece The Color Purple. Combining cultural criticism, literary history, biography, and even memoir, it goes deep on a novel that has been so important to so many people’s intersectional understanding of race and gender. Fans of the book as well as the movie and the Broadway musical will appreciate this intimate and comprehensive book. 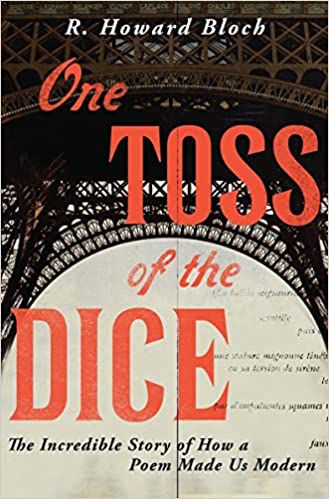 One Toss of the Dice: The Incredible Story of How a Poem Made Us Modern by R. Howard Bloch

While I don’t always buy what they’re selling, I’m consistently intrigued by books that aim to distill an entire historical era or cultural phenomenon to one distinct origin point. Here is one of those books. It lays the entire movement of Modernism at the feet of one poem by Stéphane Mallarmé. Could it be true that an 1897 poem about a shipwreck that can be ready any which way has influenced contemporary web design? You’ll have to read to find out. 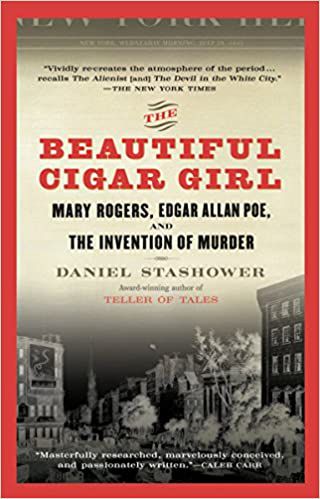 Here’s another entry investigating the overlap between true crime and literary history that I find so fascinating. Edgar Allan Poe is often credited with creating detective fiction through his character C. Auguste Dupin. One of his Dupin stories, “The Mystery of Marie Rogêt,” was based on the real murder of Mary Rogers. That murder was among the first to become a true media spectacle in the United States. The crime was unsolved when Poe began adapting it. You know he would have started a podcast about it had he had the ability to do it. Instead, he tried to solve the mystery through his own fiction. Read this to find out how that went for him. 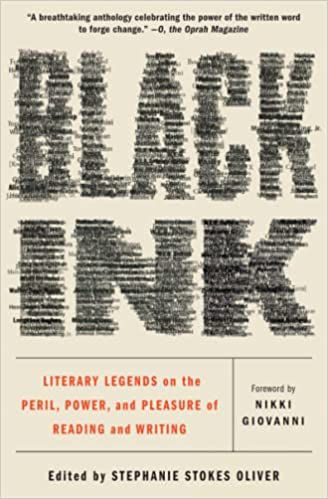 Black Ink: Literary Legends on the Peril, Power, and Pleasure of Reading and Writing edited by Stephanie Stokes Oliver

This book doesn’t present the story behind a single book. Still, it’s a beautiful book tracing Black literary history, as covered by notable Black writers of today. Reading and writing are leisure activities for many of us, but that hasn’t been the case historically for African Americans. Pulling from the works by writers no longer with us, like Frederick Douglass and Maya Angelou, as well as contemporary writers like Roxane Gay and Colson Whitehead, this book provides many perspectives on literature and literacy.