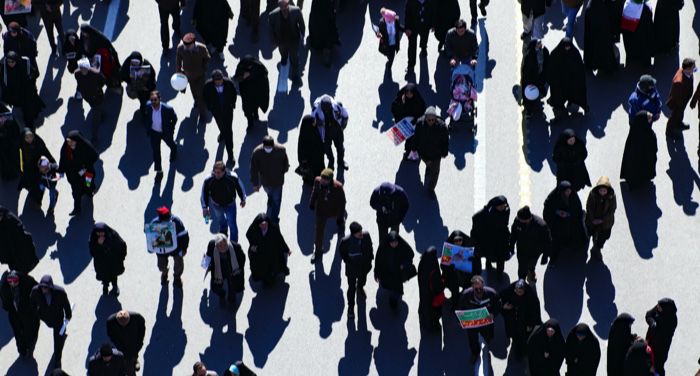 When we talk about social justice, we have to talk about revolutionary movements that made dramatic strides forward. Social justice is a large term that encompasses ideas, changing behaviors, and community organizing. Revolutions and uprisings are full of people working towards a better future, and those of us who also want to see a more just world in the future can start to build our reading lists with these nonfiction books about revolutions and uprisings.

Nonfiction Books About Revolutions and Uprisings 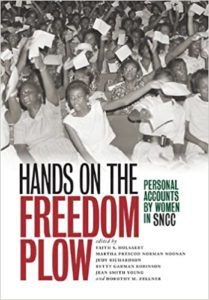 If you ever worry that you don’t know enough about what it was like to work on the front lines of the Civil Rights Movement, this book offers 52 perspectives of smart, talented women on the Student Nonviolent Coordinating Committee (SNCC). So many of the women represented in this book made huge, terrifying life changes to devote themselves to the cause and push forward the cause of civil rights. The array of experiences also offers an in-depth analysis of the successes of the movement and the importance of organizing and raising your voice. 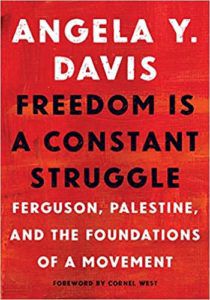 If you’re looking for more modern perspectives, Angela Davis’s book is a perfect place to start. She assesses the past movements she was involved in, and how liberation struggles have changed over time and learned from each other. Davis is an iconic figure in social justice and has invaluable insight from movement building in Black feminism and civil rights. The title of the book is not only a uniting theme of Davis’s experiences, but a reminder of the hard and necessary work of social justice. Her longview of freedom movements allows us to see that working for social justice requires us to understand that there isn’t a solid endpoint, and committing to the work is one of the hardest, most important things to do. 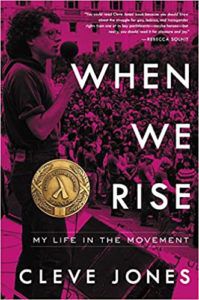 Cleve Jones lived through many turning points in queer history, from his entire existence being criminalized to losing so many of his friends to being able to live out loud with his community. Jones’s memoir provides a look into the queer history of the 1970s in San Francisco and traces the beautiful task of the AIDS Memorial Quilt. He launched many initiatives and programs to help ease his friends’ suffering, and consistently focused on justice for queer people. However, this isn’t just a tragic history. Jones had a joyful, exciting life and refused to be stomped down in a world that didn’t want to listen to him. 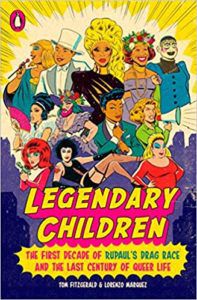 By splitting up their book into the segments of an episode of RuPaul’s Drag Race, legendary bloggers Tom and Lorenzo trace the last century of queer revolutionary activity through the art of drag. The history of acceptance of queer people has waxed and waned, and they guide us through the big cultural moments that allowed greater visibility and took rights away at the same time. The drag artists that led these movements for social justice were not only representing their artistic lives, but actively breaking unfair laws that limited cross-dressing and public “indecency.” The social justice leaders represented in this book fought unjust laws and forced the world to spin forward with the verve of their art. 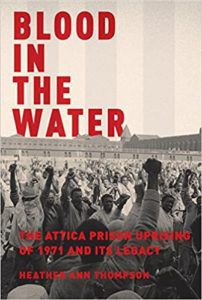 I’ve attempted to highlight revolutionary movements in the U.S. because it often seems like the term “revolution” is applied to 1776 only and then outsourced to the rest of the world. There are still important battles to fight at home (if you do live here). The prison uprising of 1971 is something I only learned about after college, and it represented a hugely important moment in prisoners claiming more than the subhuman status forced upon them. The prisoners were overtaken by force from many troops, so it is extremely important to remind ourselves of this history and the continued fight for the rights of prisoners. 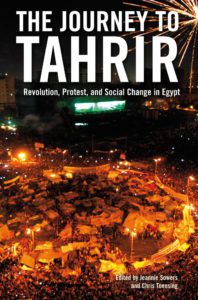 The Journey to Tahrir: Revolution, Protest, and Social Change in Egypt, Edited by Jeannie Sowers and Chris Toensing

This collection is a moment by moment account of the lead-up to Mubarak’s resignation and the Arab Spring. The revolution is one of the most important we’ve ever experienced, and this book traces all the different groups that came together in protest and caused a domino effect throughout the region. Egypt exists as a flashpoint in the history of revolutionary activity throughout the world.

It’s necessary right now to read histories of revolutions to gain perspective on the hard work of social justice movements. It’s not to say that any of the work we do is unnecessary, but there is a consistent pushback towards pushing to a more equitable world.

There is much more to dive into the world of revolutions in fiction as well—you can check this list of 100 titles for even more recommendations.