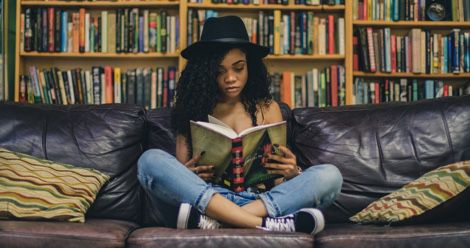 This is a guest post from Namera Tanjeem. Namera is an English Lit student and book blogger from London. She loves romance novels, Harry Potter, true crime, and cats; you can generally find her searching feverishly for her next read when she ought to be studying.

It’s 2018, and you know what’s still harder to find than a needle in the literary haystack?

The non-white heroine. More specifically, I mean a mainstream non-white heroine, in a book that isn’t labelled “Interracial Romance” (as if that’s a sub-genre which should actually exist separately) and tucked away into a minor corner of the book-reading world.

Of course I can admit things have gotten better over the last few years: we have things like the #ownvoices movement now, specifically featuring marginalized characters, and I can recall reading a couple of books with Chinese or African American heroines. But that’s kind of the problem: I don’t want to be able to recall them. I can only do that because they’re so rare—I have no idea how many blonde heroines I’ve read about, or ones with “creamy white skin,” or blue eyes.

If most non-white heroines are like needles in haystacks, at least the proverbial needle still exists within the proverbial haystack. Discussions of religious affiliation are more like hen’s teeth: completely and totally nonexistent. As a Muslim, I am DYING to see more girls with headscarves, or who pray five times a day, or who fast. I don’t just want to see Islam represented, either. Where are the Jewish heroines? Hindu ones, Buddhist ones?

I understand, of course, that authors might feel uncomfortable writing about a heritage or religion not their own. But sensitively handled, the end result is brilliant: I remember reading a motorcycle romance with a Muslim heroine and being impressed at how well the author had done it. In my personal opinion, writing this kind of thing should be no different to having, for instance, a disabled heroine: research, care, attention and well-rounded characters should take care of it all. And I mean, sensitivity readers are a thing.

After all, these are books, the ultimate escapism; if we can’t find diversity here, there’s certainly going to be no hope of seeing it in reality.