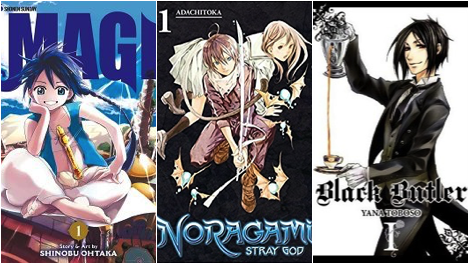 If you want to read manga created by women, you need only look in the romance genre. But what if you don’t want to read a shojo romance series? Sure, manga has no shortage of action and adventure titles, but a lot of them are made by men.

Thankfully, there are several non-romance manga titles written and illustrated by women, so here are a few to get you started. 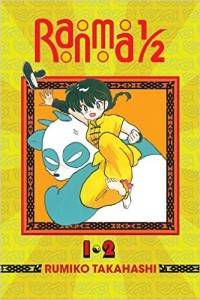 Rumiko Takahashi is one of the most famous women mangaka in the world, and she’s penned many Japanese comics over the course of her long career. Out of her entire catalog, I chose Ranma ½ due to its place in the English-language manga industry. This gender-bending martial arts comedy was one of the first titles to become massively popular in English, so I would remiss not to include it. Other manga by Rumiko Takahashi to check out: Maison Ikkoku, Inuyasha, and Rin-ne.

Manga superteam CLAMP is, as you can probably guess, a group of women artists and writers. They stormed onto the scene in the early 1990s and they haven’t left since. Over the years, they’ve gained a reputation for leaving series unfinished, but any list of manga created by women must include them for their recognizable art style, queer themes, and dramatic storylines. xxxHolic is a supernatural manga about a high school boy with the ability to see spirits and his relationship with a witch named Yuko. I dare you to read this manga and not covet Yuko’s fabulous wardrobe. Other (finished) manga by CLAMP to check out: RG Veda, Magic Knight Rayearth, Cardcaptor Sakura. 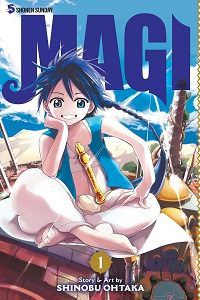 A shonen manga along the lines of Fairy Tail and One Piece, Magi is a fantasy adventure manga about a young boy named Aladdin who travels the world, seeking out mysterious ruins where he can find and obtain priceless treasures. As you can guess by the protagonist’s name, the manga takes some inspiration from real-world stories and folklore. 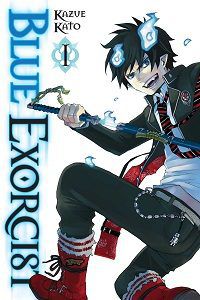 If you want a supernatural manga like xxxHolic but prefer action over moody atmosphere, then Blue Exorcist is for you. This manga follows Rin Okumura, who is the son of Satan but was raised by a kind—and powerful—exorcist. When his adoptive father dies while protecting him, Rin swears to become an exorcist himself and defeat Satan. 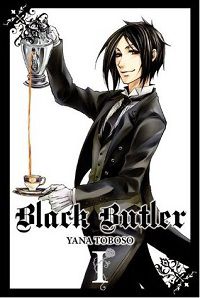 If you like your characters morally grey, then Toboso’s Black Butler is the series for you. Black Butler revolves around Ciel Phantomhive, the sole surviving member of a wealthy British family who also does the dirty work of the ruling Queen Victoria, and his relationship with Sebastian Michaelis, his hyper-competent butler who is actually a demon. 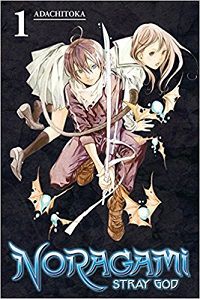 Some manga creators are notoriously private; many use pseudonyms and keep their manga-creating life a secret. Adachitoka falls into this category. Adachitoka is, in fact, a pair of women creators, but we don’t know their names. When Noragami went on hiatus last year to allow Adachitoka to recuperate from an undisclosed illness, no one even knew which member was affected. While the manga is still on hiatus in Japan, there are still 18 volumes for us to read in English. If you want to read about a minor god seeking to escape obscurity, which is a huge problem if you’re a god, and become famous, then Noragami is the manga for you. 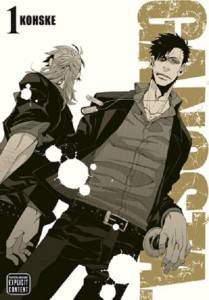 If you want a change from all the fantasy and supernatural manga out there, Kohske’s Gangsta tackles the crime noir genre with only a sprinkling of science-fiction elements. Set in a city filled with criminals and genetically-enhanced super soldiers, Gangsta follows a pair of “handymen” who hire out their services. Whether it’s drug-running or eliminating problem gangs, these two handle it all. But all that is about to change when the city plunges into uncontrolled violence as a plan to get rid of all the genetically-enhanced super soldiers is unleashed. 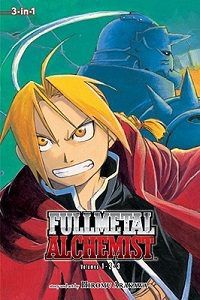 In my totally biased opinion, Fullmetal Alchemist is one of the best manga out there in any genre. It follows a pair of brothers, Edward and Alphonse Elric, who seek the Philosopher’s Stone after an attempt to bring their mother back from the dead goes horribly awry. Their journey uncovers an all-consuming plot that involves their absent father, the military they work for, the country they live in, and God himself. If you have never read manga before, this is an excellent place to start. Other manga by Hiromu Arakawa to check out: Silver Spoon and The Heroic Legend of Arslan.

What are some of your favorite manga created by women?