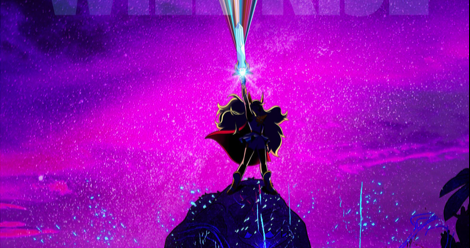 Today’s Critical Linking is sponsored by Furyborn by Claire Legrand.

But now she’s co-executive producer (alongside Chuck Austen) on a reboot, She–Ra and the Princesses of Power, from DreamWorks Animation Television that will debut on Netflix later this year.

Noelle Stevenson, Nimona creator, is working on a She-Ra reboot for Netflix, and the cast has been revealed!

Julia Larson is a human book. If you check out her title, “Survivor,” you’ll get the story of a young woman’s pain and breakthroughs dealing with sexual abuse and suicidal impulses.

The Human Library works to help “invisible communities” in Idaho tell their stories.

A book publisher is planning a news conference Thursday to announce it knows the true identity of D.B. Cooper, a mysterious man who hijacked a plane in 1971 and then parachuted out of it with $200,000 in ransom money.

Grand Rapids-based Principia Media says Cooper was a former military paratrooper named Walter R. Reca — the latest in a long string of people to be publicly linked to the crime over the years.