It’s that time of year again, when the Swedish Academy announces that it’s about to announce the winner of the Nobel Prize for Literature. They’ll be revealing their choice on Thursday, October 9th, which makes it a red carpet day for book lovers all over the world. Even more fun than the announcement itself, of course, is the speculation about the prize. So let’s start spitballing. 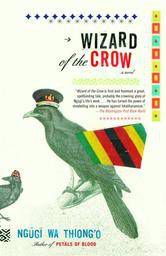 The smart money this year is being bet on Kenyan writer Ngũgĩ wa Thiong’o. He began his career writing in English, but in recent times he’s written in Gikuyu and self-translated his fiction. He’s 76 years old and has a lifetime of significant work behind him, including the recent novel Wizard of the Crow, which is an extravagant satirical fantasy set in an imaginary African republic. There hasn’t been an African winner since J.M. Coetzee in 2003, and in the entire history of the prize, just one writer of color has been chosen from the continent–Nigeria’s Wole Soyinka in 1986. Merit aside, Ngũgĩ or someone like him is overdue for the laurels.

Among the other names being bandied about by bookies is Adonis, the Syrian poet, although his chances may suffer from the current strife in his native country. The Swedish Academy usually likes to cause its own controversy rather than appearing to choose sides in an existing political conflict. Haruki Murakami is also a popular choice, maybe too popular. He’s already so well-known internationally that the Nobel Prize wouldn’t make the spotlight on him any brighter.

Svetlana Alexievich is a Russian journalist who’s most famous in the West for her Voices from Chernobyl, and she’s another heavy favorite. Wouldn’t her selection be just as political, given the ongoing Russian invasion of Ukraine? Yes, but sometimes the Academy zigs when you expect it to zag. Only 13 of the 110 laureates in literature have been female, less than 12% of the total, so this would be another case of better late than never. 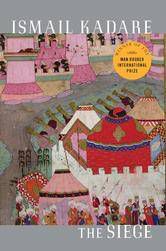 One decidedly non-expert Nobel follower (me) has his own ideas about who should wear this year’s leafy crown. For years I’ve been stumping for Ismail Kadare out of Albania, in part because when he wins it will be cool to say, “Oh yeah, I’ve been reading him for ages.” Mostly though, it’s because he’s a great writer. His novels often discuss various forms of political oppression in the only way they could, allegorically rather than directly. For example, The Three-Arched Bridge deals with medieval architecture, The Siege depicts an assault by the Ottomans on a 15th-century Christian citadel, The Pyramid describes the vast (and unnecessary) construction project launched by the Pharaoh Cheops, and The Palace of Dreams takes place in a surreal 19th-century bureaucracy where even sleep is no refuge from the watchful eye of the government. The restrictions under which Kadare labored served to deepen his writing, forcing him to make his books function on at least two levels. As historical fiction, they’re vibrant and realistic pictures of fascinating times and places, and as covert commentary, they resonate even more powerfully. 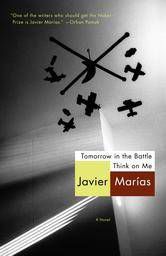 Someone else in the running who may need to get a few more miles under his belt is Javier Marías (b. 1951). He spent a substantial amount of time in the U.S. growing up and has translated many American writers into Spanish, but has also found the time to write fourteen novels of his own. He started early, publishing his first book before he was twenty, and is now smack-dab in his prime, probably the most respected literary name in Spain. One of his most characteristic and accessible novels is Tomorrow in the Battle Think on Me, about a man who embarks on an affair with a married woman only to have her die in his arms on their first night together. He spends the rest of book trying to balance his feelings of responsibility against a desire to keep from being exposed, with sometimes comic and sometimes intense results. Marías recently completed what may be his best work, the three-part novel Your Face Tomorrow. There’s an enormous amount that goes on between its covers, but imagining James Bond as created by Proust will give you the idea. In the barest description of the plot, the narrator, a Spaniard living in England, is recruited into a hyper-secret intelligence organization, falls for a colleague, and eventually finds himself in over his head, but that hardly does the book justice. Threads go back to British military snafus in World War II and betrayals during the Spanish Civil War; the meanings of words shift as they’re translated from language to language; the psychology of marriage and estrangement is examined; and the philosophy of violence is investigated from all angles. It’s kind of an exploded diagram of a spy novel where every action actually has a thought behind it, part of an entire stream of consciousness. You won’t tear through it in a weekend, but if you have a season to spend with it, you’ll be well rewarded. 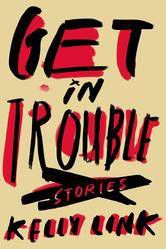 In addition to these guys, there are a spate of American writers, including Thomas Pynchon and Cormac McCarthy, who seem more than deserving, and others I’d give the prize to just because. I don’t care if Kelly Link‘s published just three books (with a fourth on the way!). If I were in charge, she’d be booking a flight to Stockholm.

Who do you think will win? More important, who do you want to win?