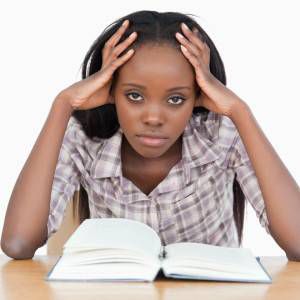 This is a guest post from Isaac Marion. Isaac grew up in the mossy depths of the Pacific Northwest, where he worked as a heating installer, a security guard, and a visitation supervisor for foster children before publishing his debut novel in 2010. Warm Bodies became a #5 New York Times bestseller and inspired a major Hollywood film adaptation. It has been translated into twenty-five languages worldwide. His next book, The New Hunger, is a prequel to Warm Bodies and will be published by Atria Books in October. Isaac lives in Seattle with his cat and a beloved cactus, writing fiction and music and uploading his brain onto every social network. Follow him on twitter at @isaacinspace for more on these endeavors.

We’ll tolerate them, maybe even agree to enjoy them if they involve a world we really care about, but they don’t generate the squeals of truly new installment. We don’t like to dwell on the past. We like to move forward. When someone’s telling us a story, we ask And then what happened? We don’t ask And what happened a while ago?

But why is this? It has to be more than a basic disinterest in the past, because all stories have the past woven into them. Characters have backstories. There are prologues and flashbacks that add depth to the conflict, and we’re fine with this—as long as the story keeps moving forward once they’re over.

In most prequels, this doesn’t happen, because the story is already over. You’re reminiscing on your deathbed. Your life has run its course, your participation in the world is over, but you’re still here with your memories, gnawing on the rind of a moment that’s already delivered its fruit. Nothing in those memories can change the reality that everything’s about to go dark.

Did I mention that I just wrote a prequel? Am I doing a good job promoting it?

Okay, obviously I don’t think the form is inherently bad. Sometimes that sense of wistful nostalgia is the whole point, and the foreknowledge of what happens later can create a unique emotional resonance that can’t be achieved in a standard narrative. But even when I’m fully engaged with a prequel, there’s often some part of me wishing it were happening “live.”

Why do we make such distinctions in a timeline that never happened? Why does a story that takes place “now” feel any more urgent than one that’s set in the narrative’s past? If we’re willing to suspend our disbelief and plug into a fictional world, shouldn’t we be willing to do it with equal enthusiasm wherever in time the author places us? Who are we to decide what is and isn’t “now” in someone else’s reality?

But that’s the beauty of fiction—when we enter the author’s world, we take ownership. We reconstruct their dream inside our own heads and become citizens. We determine where and when we live in this world, and we get angry when the author sends us too far from home.

I respect that. If prequels make you homesick, it just shows how fully you’ve inhabited the story.
But what if a prequel weren’t a dead end? What if it weren’t an addendum tacked onto a completed story for those who just don’t want to let go? What if it were a crucial chapter placed right in the middle, introducing characters and conflicts that still have big roles to play?

This was my idea for The New Hunger: a flash of the story’s past that connects its present to its future. It’s an unusual chronology and some literal-minded readers have already taken it upon themselves to rearrange the series into the “correct” sequence, putting The New Hunger at the beginning. But I like it jumbled, because isn’t this how we experience our lives? Not as a smooth forward line but a wild zig-zag between memories and hopes.

Maybe that’s what prequels are good for: to evoke the messy, nonlinear structure of real life. And maybe that’s why they make us uncomfortable.