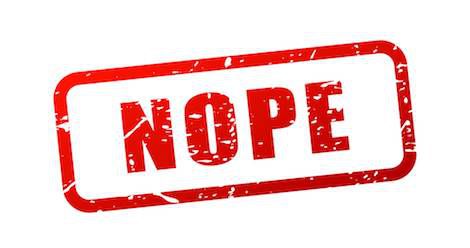 On Tuesday, Marvel Entertainment released something I have never seen before in all my years of reading comics: a statement asking for readers to be patient while they finish Secret Empire, the company-wide crossover capping off a year of their wildly unpopular “Hydra Cap” storyline.

In case you’ve missed some of the, um, “highlights” of this past year, here’s a sampling [SPOILERS BELOW]:

In the meantime, Marvel sales have slumped precipitously, which their Senior VP of Sales and Market tried to blame on “diversity,” a statement which doesn’t hold up under any kind of scrutiny and which he eventually wound up walking back on after many, many fans and retailers pointed that out.

But something’s up. Because like I said, I’ve been reading comics a long time, and I’ve never seen this kind of flop sweat coming off a publisher before. 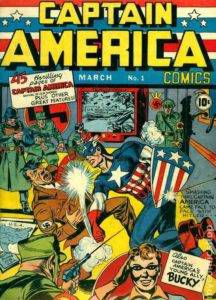 The statement from Marvel, released through their sister company ABC News, reads: “At Marvel, we want to assure all of our fans that we hear your concerns about aligning Captain America with Hydra and we politely ask you to allow the story to unfold before coming to any conclusion.”

This is disingenuous at best. Because sure, we’re allowing the story to unfold. We can’t very well do anything else. This is Marvel’s story, and we do have to wait until it ends. That’s not Marvel’s problem.

Marvel’s problem is that we’re not buying the story.

Again, Marvel’s sales are dropping. Though the (deliberately?) leaked reveal at the end of Captain America: Steve Rogers #1 back in May 2016 used controversy to drive sales up to nearly 100K and went to a second printing, six months later the book had dropped down to 48K. Four issues were released in January and February of this year, and each one came in with smaller sales: Steve Rogers #9 sold 42K, #10 40K, #11 36K, and #12 32K. Some of this is normal attrition – every book sees a spike in sales with #1 and a slow decline month on month – but this is far more precipitous than Steve’s similarly declining companion book Captain America: Sam Wilson, which went from 27K last May to 22K in November to 18K this February.

Anecdotal evidence suggests that retailers aren’t on board with the storyline, nor are their customers – one retailer told CBR’s Kieran Shiach that out of 200 customers with pull lists, only one has subscribed to Steve Rogers. Marvel (and DC, for that matter) depends on the success of their crossover events to keep them in the black, but with sales of the main series leading into Secret Empire declining and fan response so negative, it’s no surprise that Marvel is concerned about reader antipathy right now. Especially when keeping up with Secret Empire would cost readers $17 for four comics in just the first week.

Again, this is anecdotal, but every Steve Rogers fan I know – and I have a Tumblr, I know a lot of them – has dropped the book until this is over. They are, in fact, doing exactly what Marvel has asked: waiting until the story ends.

That’s not what Marvel wants. Marvel wants us to pay $3.99 a month for Captain America: Steve Rogers and $4.99 a month for Secret Empire and god only knows how much for all the various one-shots and tie-ins until this disaster is over. They’ve heard “your story is offensive and bad” and their response is, inexplicably, “We hear you. Please continue to give us at least $9 every month until we decide to stop telling it. Do not tell us what you think of it in the meantime (unless you choose to praise us).”

This, by the way, is from a company that regularly cancels critically lauded books like Mockingbird before the first trade – a perfect chance to read a complete story and draw a conclusion – is released. From a company whose entire business model is predicated on preorders, in an industry which regularly tells readers “This book you liked failed because you didn’t get enough of your friends to agree to pay for it sight unseen.”

In other words, according to Marvel, you must agree to give them money before you know if you’ll like a book, and you cannot stop once you know that you don’t. Because somehow that wouldn’t be fair?

I don’t know why Marvel chose to make this particular statement at this particular time. Was it just because of declining sales? Their choice to release it through a mainstream outlet instead of an industry site – one owned by their parent company, no less – suggests to me that this may have been mandated by their corporate overlord Disney, which is probably none too happy that Marvel’s tarnishing such a valuable piece of IP. Because for all the hairs Spencer and his supporters have been splitting between Hydra and Nazis, to the mainstream audience (and anyone who can comprehend a metaphor), Hydra are Nazis. And the mainstream audience might not buy a lot of comics, but they sure do buy movie tickets. And Captain America shirts, hats, mugs, backpacks, lunchboxes, action figures…

Maybe Marvel’s hoping that this message of “Steve will be a good guy in the end, please keep giving us money” will mollify everyone, or at least everyone except those whiny Jews (like me). But if Marvel really wants to win back goodwill, here’s what I suggest they do:

Cancel Secret Empire. Put the Cap books on hiatus until you can whip up a quick “It was all a dream!” explanation to wrap up this nonsense. Let the rest of the line chug along sans crossovers. Stop letting your writer use his following on Twitter to sic his fans on critics and then claim that he’s the victim. Above all, don’t plaster your website – and retailers’ bodies – with “Hail Hydra,” a phrase that is obviously meant to evoke “Heil Hitler,” and then play dumb when readers call it Nazi propaganda!

I know they’re not going to do any of this. I know that many of these comics have been scripted, drawn, printed, even released. It would mean taking a huge financial hit, and it would be an embarrassing, massive, public admission of wrongdoing.

That’s fine. You keep right on keeping on, Marvel. I’ll allow the story to unfold. I’ll wait to draw my conclusion.

But don’t insult me and then demand that I pay for the privilege.