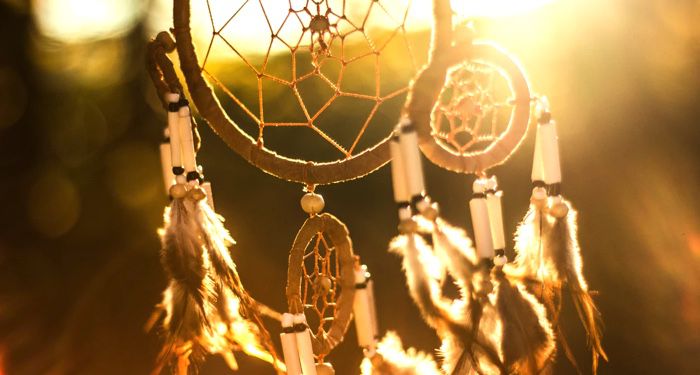 More often than not, the strength of a piece of literature relies on the foundation of its environment. This idea rings true for most concepts; Roderick Nash writes in the fifth edition of Wilderness and the American Mind, “As scientists revealed a universe that was at once vast, complex, and harmonious, they strengthened the belief that this majestic and marvelous creation had a divine source.” Land and the natural resources it provides have seemingly always been essential to the American mindset.

However, before they stole the Indigenous peoples’ land, the natural environment was merely a backdrop to European folktales; it would be decades until the future colonizers used nature to their advantage (see: Hector St. Jean de Crevecoeur’s borderline propaganda piece “What is An American?”). Setting is key; it always has been. But what happens when we examine landscape through the lens of the people who cultivated it in the first place?

There is no doubt that the natural world plays an important role in many pieces of Indigenous writing. A multitude of creation stories such as the Dine Emergence Story and the Iroquois story of Sky Woman are built around and emphasize the symbiotic relationship that is maintained between the natural world and its settlers. In the Iroquois origin story, Sky Woman falls into another world, hurtling toward water. She is held by geese that allow her to rest and is soon aided by “loons, otters, swans, beavers” and “fish of all kinds” who end up carving out a home for her. Despite Sky Woman’s infiltration of this world, she is welcomed by the animals and sweetgrass, living mutualistically amongst the environment. There is a foundation here; the human in the story is not an overwhelming or controlling force but an acknowledged guest. As established in Braiding Sweetgrass by Robin Wall Kimmerer, this is a story that is told to children from birth: “When we braid sweet-grass, we are braiding the hair of Mother Earth, showing her our loving attention, our care for her beauty and well-being, in gratitude for all she has given us. Children hearing the Skywoman story from birth know in their bones the responsibility that flows between humans and the earth.”

This long-standing tradition of the respectful utilization and appreciation of the natural world has remained for centuries. These themes appear in more contemporary texts such as Ceremony by Leslie Marmon Silko and The Round House by Louise Erdrich. In both novels, nature is more than a backdrop; as the greenery changes, so do the novels’ plots and characters. Erdrich’s National Book Award winner tells the story of a mother, Geraldine, who has been raped and nearly murdered by the reservation’s local bigot. As Geraldine is faced with violence, her husband and son are conveniently and almost ironically uprooting invasive tree seedlings from their garden. Trees are ever-present throughout this narrative; from their protection to describing a house that was “gentrified by three small blue spruce trees.” Scenery is often essential to characterization; the greenery changes with its characters.

This approach is reflected in Silko’s Ceremony, as we watch its main character, Tayo, go through the motions of PTSD from fighting in World War II while also experiencing the colonization of his home. The distinction between the Navajo and Pueblo land versus the overtaking of it by white people calls back to the Indigenous origin stories that demonstrate colonizers’ lack of care for the nature they are stealing: “The world is a dead thing for them/the trees and rivers are not alive / the mountains and stones are not alive. The deer and bear are objects. / They see no life.” Tayo’s struggles with returning to his homeland (which has become unrecognizable to him) align with the exploitation of the nature around him. There is an ongoing drought, kidnapping of cattle, and wilted wildflowers, almost as if Tayo’s attempt to reacquaint himself with his native land is in tandem with nature’s healing.

Landscape is linked to personhood. Characters grow and wither alongside earth’s creations. A running thread in The Round House is the main character’s (Geraldine’s son) desire to weed out his family’s garden’s parasites. His unrelenting goal leads him to discover the ruthless cycle: “Always I kept going back to the day I dug the trees out of the foundation of our house. How tough those roots had clung…And how funny, strange, that a thing can grow so powerful even when planted in the wrong place.”The Round House and Ceremony explore characters’ ties to nature, whether it be through their development or their demise. Like Kimmerer explains in Braiding Sweetgrass, human beings’ relationship to nature is reliant on the ways in which they choose to care for it. These pieces of literature examine the alliances that can form and fall apart depending on how they navigate that relationship.

It is a generalization to claim the foundation of Indigenous literature is based in a relationship with nature; Tommy Pico’s Nature Poem excellently goes into detail as to why such a claim is not the case. Despite this, in order to read and examine environmental literature, we must look at it through as many perspectives as possible. Fully understanding what is now considered the American environment can only be done through studying the works of those who originally tended to it.