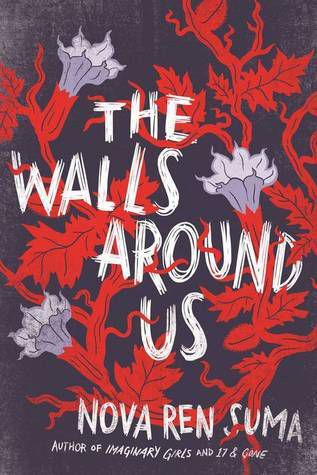 1. Skye has a freaky dream where she’s running around S.H.I.E.L.D. HQ dressed like Raina.

And then Coulson shows her a box while holding a Chinese newspaper.

And then Coulson and Agent May are preppy parents who leave a baby behind.

WHAT DOES IT ALL MEAN!? Really cool dream sequence. Television rarely gets these right, but I quite liked this one.

2. Agent Koenig asks for a hug from Raina in Vancouver. And succeeds!

That turns them invisible!

Super cool spy stuff is super cool. Although, the umbrella mixed with Patton Oswalt made me think of the Penguin. Mostly because of this.

3. This crazy awesome fight between Skye and Fake Melinda May (Agent 33).

Seriously. This fight was really good. Definitely the competent Skye has ever been on this show. Plus, it left left her looking all beat up and bloodied like a total badass.

Let’s collectively take back every bad thing we’ve ever said about Skye on this show, okay? She’s actually a really cool character now and we regret ever saying otherwise. We didn’t mean it. We were just frustrated. You’re awesome. Let’s be friends.

4. Coulson and Mockingbird and tourist civies.

Then Coulson explains to Mockingbird the reason he’s so obsessed with finding the city before Hydra.

“See those people over there? They matter. So do those ones over there. Okay, maybe not them, but if we save them anyway because we’re the good guys.”

If Hydra finds the city first, they won’t hesitate to use its power to destroy the island they’re on and everyone on it. Coulson believes that the people on the island are worth more than collateral damage, so they have to stop Hydra. It’s an inspiring speech that reminds me why I like Coulson so much. Good stuff.

5. Courtesy of Mac knowing when to skitdaddle, Fitz and Simmons finally talk about their feelings. Sort of.

“Don’t mind me, I’m just gonna cut right through all this sexual tension.”

Fitz dodges the real conversation by announcing that he’s going to leave his post as head of the science department. Now that his brain doesn’t work the way it used to (and it doesn’t seem to be getting better), he thinks that Simmons should take over the role. Simmons is really upset by this new situation, but I think she’s tired of being in denial about how bad Fitz is doing, so she lets it go.

Emotionally it doesn’t seem like a lot gets accomplished between the two of them. However, in a later scene, Simmons helps Fitz explain something science-y when he’s struggling to find the words and feels… well not like old times, per say, but it definitely feels like the closest to old times for these characters since last season.

These two. Everytime they’re around each other this season, I can’t help but hear “Don’t Go Breaking My Heart” on a loop in my head. *sigh*

6. A new Koenig brother is introduced which means we get twice the Patton Oswalt!

2/3 of the Brothers Koenig. I bet they were a nightmare as children.

And with extra Oswalt, comes priceless Triplett faces like this:

“I’m pretty sure one of you is going to kill me in my sleep tonight.”

The irony of a guy named “Triplett” being freaked out by twins amuses me.

7. This conversation between Skye and Raina made both vague and not so vague references to a lot of stuff we’ve been theorizing about the show for a while.

Raina tells Skye that they are the same. Skye asks Raina if they’re aliens. Raina responds with this curiously worded phrase: “We’re human, Skye. We just have the potential to be something more.” Something Inhuman perhaps?

And then we get our first official shout out to the Kree by name. According Raina, they are an alien species who wanted to improve humans somehow. The city that Coulson is searching for, is made for these special humans only. If anyone else enters, something bad will happen to them.

8. And then something bad happens. Mac goes down a hole that Coulson believes will lead them to the city from the blueprints. He touches the ground and this happens:

And then he starts convulsing and screaming in agony:

When they pull him out, his eyes go red and he attacks the team with superstrength.

After taking out most of the team, he almost chokes out Mockingbird.

“I can’t let you be prettier than me!”

Until Fitz is the only one left standing, and he has to put him down like a rabid dog.

“I’ve seen Old Yeller. I know what happens next.”

Of course Fitz can’t pull the trigger, so Mockingbird shocks Mac from behind causing him to fall into the hole again (a 100ft drop). What happened to Mac? Is this the bad thing that happens to people who attempt to enter the city and aren’t “worthy”? Or is this some kind of latent Inhuman reaction that has awoken within Mac?

Either way, Coulson opts to leave him behind and seal the tunnel.

9. Hydra quinjets surround Skye and the rest of the team left behind on the plane.

They’re boarded by a Hydra team led by Ward. He demands that they hand over Raina and Skye, leading to a stand-off of every S.H.I.E.L.D. member on the place vs. Ward.

If they don’t comply with Ward’s demands, he promises to blow them out of the air. If they agree, he promises not to fire a single shot. Skye agrees to go with Ward to save them. Ward is going to take Skye to her father so they can finally meet. Good cliffhanger.

Well that’s another solid episode of Agents of S.H.I.E.L.D. for this week. With only one more episode to go in 2014, what do you think of how the show has progressed? Do you think we’ll get an Inhuman reveal next week? Or will they continue to slow burn? Did Mac die in the fall? Or did his new superstrength save him?

What other hopes/dreams/theories do you have for the fall finale? Sound off in the comments!