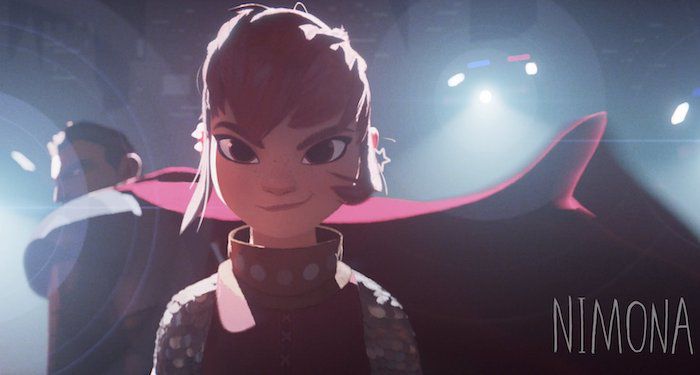 In 2015, it was announced the Nimona by ND Stevenson would be adapted into a movie by Blue Sky. It was delayed multiple times, and the studio was acquired by Disney in 2019. Two years later, Disney shut down Blue Sky Studios and the project was cancelled after it was about 75% complete. Former Blue Sky employees spoke out about Disney pushing back against the same-sex kiss in the movie.

Now, Nimona is being adapted by a new team, Annapurna and Netflix, as an animated movie. It stars Chloë Grace Moretz as Nimona, Eugene Lee Yang as Ambrosius Goldenloin, and Riz Ahmed as Ballister Boldheart. It will come out some time in 2023.

Nimona follows the titular shapeshifting character as she becomes a sidekick to notorious villain Ballister Boldheart, only to find out that good and evil aren’t so easily delineated in their world.

Find out more about the Nimona movie at Deadline.