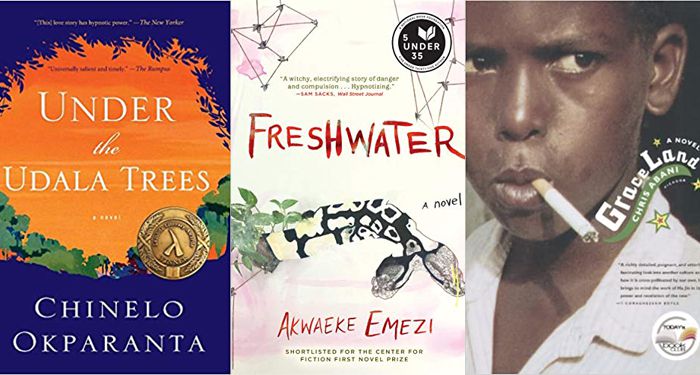 Critical Linking, a daily roundup of the most interesting bookish links from around the web is sponsored by Secret Women from Amistad Books.

“African literature has witnessed a growth of memoir and fiction that deals with queer sexualities. For example, Chris Abani’s GraceLand in 2004, Chinelo Okparanta’s Under the Udala Trees in 2015, and Freshwater in 2018.

The three are coming-of-age novels with queer protagonists: Abani chronicles the life of Elvis Oke in a slum of Lagos during the 1970s. Okparanta narrates the story of a young lesbian girl during the Nigerian civil war. And Emezi explores the separate selves of a transgender adolescent in contemporary Nigeria and as a migrant abroad.”

If you haven’t already read these authors, chop-chop.

GLAAD, which is dedicated to LGBTQ equality, suggested that those who want to direct their ‘rightful anger over Rowling’s latest anti-trans comments’ into something positive, support black organizations such as the National Black Trans Advocacy Coalition, UK Black Pride, Gendered Intelligence or the Marsha P. Johnson Institute.

The organization also said, ‘JK Rowling continues to align herself with an ideology which willfully distorts facts about gender identity and people who are trans. In 2020, there is no excuse for targeting trans people.'”

“That delicious existential fright, which also reveals the inner workings of the human mind, is precisely why Jackson’s work has drawn such rabid fans, though she’s still often considered underrated when juxtaposed with her peers. So it makes perfect sense for a new cinematic consideration of the author to tweak its audience the same way Jackson did — even if it doesn’t stick exactly to her real-life details.”

On Shirley Jackson, her writing of dread, and that new fictionalized film about her.