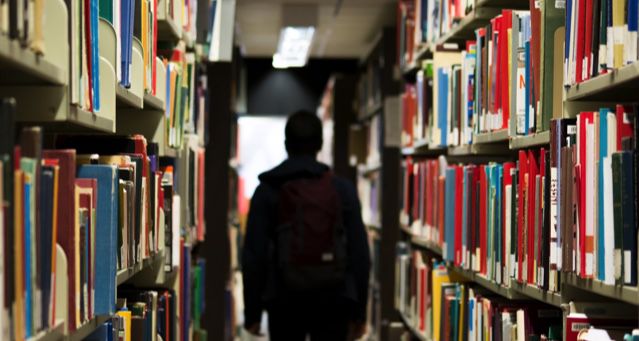 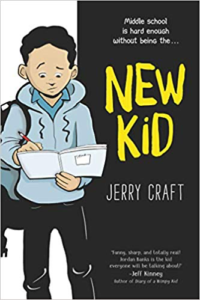 The American Library Association announced the winners for the Newbery, Caldecott, and Printz Awards yesterday, among many other awards. This year marks the first time a graphic novel has ever won the Newbery Award, which is awarded to the year’s most distinguished contribution to American literature for children. The Newbery Award was given to the funny and spot-on social commentary New Kid by Jerry Craft, which tells the story of a new student switching schools to a primarily white school, making him one of the few kids of color in the entire school. New Kid also won the Coretta Scott King Author award.

Why A Graphic Novel Winning The NewBery Award Matters

In 2018, children’s graphic novels and comics accounted for 41% of all comic book sales, far surpassing any other comics category. Yet, comic books are rarely considered for major awards like the Newbery Award. This is despite numerous research studies demonstrating how graphic novels can be gateway reading for reluctant readers, can foster critical thinking skills on multiple levels, and can effectively tackle tough social issues. Still many adults persist in seeing them as inferior reading. In my years shelving middle grade and young adult books in a used bookstore, many parents expressed concern over their children wanting to read graphic novels. I was happy to point out all the amazing things comics can do, the most important of which is making reading fun. This award helps legitimize comics as the unique literary art form they are. 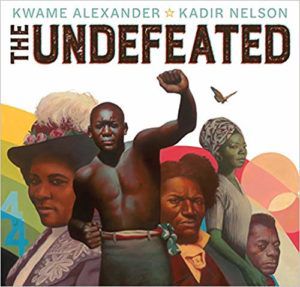 Kadir Nelson won the Caldecott Award, given to the most distinguished picture book, for the first time along with multiple award winner Kwame Alexander for their collaboration on The Undefeated, a gorgeous picture book honoring black life in the United States. While Kadir Nelson has received several Caldecott Honors, this is the first time his work has been granted the Award. He’s one of the best children’s book illustrators, and paired with Kwame Alexander’s heart rending poem, it’s no surprise the The Undefeated won, though there were many excellent picture books from 2019. 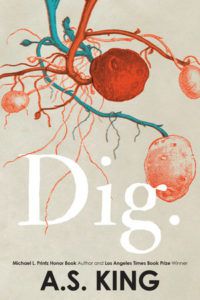 A.S. King won the Printz prize for the first time with Dig, a surreal, fabulist novel that’s dense and dark and very weird and very good. The Printz prize is given to the most accomplished book for teenagers.

Notable Awards From The Night

This award is given for the most distinguished informational book for children.

Kevin Henkes, author of the adorable picture books Chrysanthemum and Lilly’s Purple Plastic Purse, among many others. This award honors authors and illustrators who have made a lasting impact on children’s literature.

Steve Sheinkin, author of Bomb: The Race to Build–and Steal—the World’s Most Dangerous Weapon. This award is given for lifetime achievement in writing for young adults.

Mildred D. Taylor, author of the Logans series, including Roll of Thunder, Hear My Cry.

This is the inaugural year for this award, which will be given every even year.

This award is given to children’s and YA books of exceptional merit relating to LGBTQ+ experience.

This award is given to outstanding books for young readers that authentically portray the Jewish experience and are presented by the Association of Jewish Libraries.

This award is given for excellent children’s books that display disability.

This award is given to the best audiobook for children or young adults.

Given to debut authors for teens.

This award is given for best beginning reader.

Molly of Denali produced by PBS Kids. This award is given to a digital media producer that has created distinguished digital media for an early learning audience.

Congrats to all the winners! Be sure to check out more Newbery Award winners, more middle grade graphic novels, and more of the best children’s books from 2019.