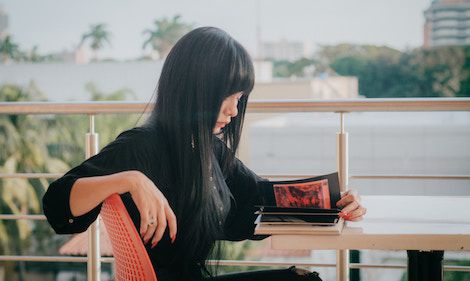 For over 50 years, The New York Review of Books has been a go-to source of in-depth criticism, opinion and news not just on literature but current affairs, science, and culture. The magazine also has a publishing division: New York Review Books, its most famous imprint perhaps being NYRB Classics. For 20 years now, it’s been the company’s mission to bring out-of-print and obscure books to mainstream attention. For foreign-language books, NYRB often commissions its own translations, and each edition they release is accompanied by an insightful introduction or afterword. It’s this sort of care that makes NYRB akin to, say, The Criterion Collection, a home video company specializing in releases of important classic and foreign films. 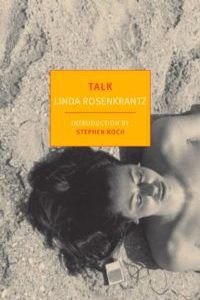 This book is a bit of genre-bender, as it’s made up entirely of conversation transcript but formed into a novel through Rosenkrantz’s careful selection and placement. Friends Marsha, Emily and Vincent, well, talk their way through the summer of 1965, covering sex, psychology, friends, careers and more. Truth be told, long stretches of this book are about as interesting as hearing someone describe their dream to you, or listening in on someone who’s high and thinks they’re the smartest person in the world, but the book scratches well a very particular itch of mine: the countless stories, confrontations, conversations and speeches that are lost to history because no one was there to record them. Talk gives you a slice of that, and while little of it is gold, it’s a fascinating reminder of the enormity of life and the novelist’s difficult task of putting it down on paper. If you want to know what life in the 1960s was like for Marsha, Emily and Vincent, here’s a fraction of a fraction of the answer. 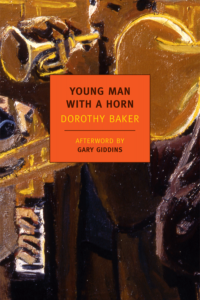 Young Man with a Horn by Dorothy Baker

I worry that Young Man With a Horn’s “first jazz novel” label hurts more than it helps, perhaps relegating it to historical relic status. That would be a shame, because this tale of gifted trumpeter Rick Martin’s rise and fall is a surprisingly smart novel about not just music but race, showing how musicians both black and white navigated an awkward, tense social landscape in order to sit back and enjoy the pleasures of making art together. I imagine fans of beat literature will dig this one; there are shades of Kerouac in Martin’s single-mindedness, his drive for artistic greatness, even as the rest of his life falls by the wayside. 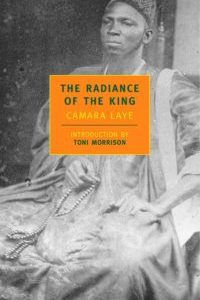 Said to be influenced by Franz Kafka’s work, Camara Laye’s second novel reads like a 300-page bender. European protagonist Clarence stumbles through fictional town Adrame in an unnamed African country, confident he can procure a position working for the region’s king. This is a book that so succeeds at putting you in the shoes of its bewildered protagonist that you will find yourself frequently pausing to wonder whether it’s you or Clarence who is confused. Stick with it and you’ll continually be reminded that Laye has things under control and is always one step ahead. 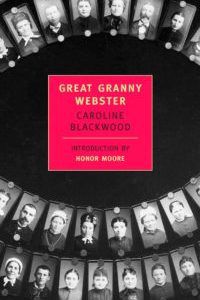 Informal storytelling is at the heart of this painfully short but grand-in-scope novel. In fact, Blackwood’s unnamed protagonist does little else but listen to one family member gossip about another. The targets of the majority of the tales are the eponymous, miserable great-grandmother, who seems content to waste away in her mansion, and her daughter, who was put in an asylum after attempting to murder her grandson at his christening. What makes this book such great reading is that you feel like you’re eavesdropping, like you really, really shouldn’t be reading it; I think this is the mark of a great story about a family.

I’ve deliberately saved Darius James’s debut novel for last. Jeez, what to say about this downright filthy romp. The book, written as a screenplay, follows “blonde bombshell” Bubbles Brazil, a casually racist teenager constantly at odds with the black people in her life, particularly her maid and classmates. The former finally has enough one day and casts a voodoo spell on Bubbles that sends her on a surreal, relentlessly grotesque journey through her subconscious. “I hope Negrophobia gives you nightmares,” James writes to a new generation of readers in the book’s foreword. The book didn’t elicit that extreme of a reaction from me, but like Bubbles, I came out the experience changed, to say the least.