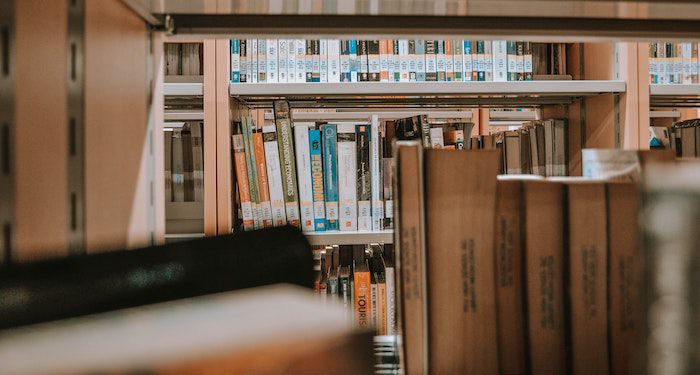 Unlike the city of Chicago’s libraries, New York Public Libraries (NYPL) were ahead of the game last March in shutting down to prevent the spread of COVID-19 among patrons and staff. But now, amid continuously rising numbers, NYPL employees are demanding to be heard about mounting safety concerns.

A group of NYPL workers published an open letter on Medium expressing disagreement with how library administration is spinning current and previous COVID concerns. They feel they haven’t been listened to, nor have their concerns as front-line workers at busy service desks across the city been addressed.

“The last year and a half have been a nightmare for NYPL workers. We’ve been subject to the whims of an apathetic administration, and our experiences were hidden from the public in an attempt to present a veneer of normalcy. All of this was done during a pandemic that continues to have a devastating effect on the various communities throughout the city,” the letter reads. It includes a timeline of events from the beginning of the pandemic to today.

During the closure, while some staff were allowed to work from home, custodians and maintenance workers reported to the physical building each day. Staff were expected to provide the same levels of, if not more, services to patrons from home, while administration worked hard to reopen the buildings on a timeline not congruent with the spread of COVID.

“From the beginning of the pandemic, NYPL management’s priority was never to consider staff’s input, or to find a new model of delivering services, but to open the buildings as quickly as possible. As COVID-19 cases spiked across the city from September 2020 to January of 2021, upper management continued to open even more branches for modified service. This rush to open the physical spaces was done without regard for the pandemic’s effects or the severe understaffing problems that have plagued the system for years,” workers explained.

As was the case in Chicago, library workers heard from administration throughout the pandemic that the neediest patrons were the ones harmed most by the library closures. Instead of addressing the root issue — a lack of social support services across the city for those in need — administration instead pressured and guilted employees.

“We understand that public libraries have long been a stopgap for social services where social safety nets have failed and/or disappeared, but this model has never been tenable, and upper management refused to answer why they continue to place this burden on our shoulders, particularly during a global health crisis,” the letter continued.

Physical, emotional, and mental well-being, which employees felt inadequate during the early months of the pandemic, have only been further neglected in the push to reopen.

“NYPL failed in what it outwardly claimed to be its highest priority; keeping everyone safe from the effects of the coronavirus. From July 2020 (when staff returned to the branches for the first round of phased reopening services) to the present, there have been over 130 (reported) positive COVID-19 cases throughout the system’s 92 branches. These numbers were withheld from patrons even as they visited affected locations to get their materials; branches instead closed suddenly without any explanation to the public. To make matters worse, library staff themselves were not told about positive cases until two or three days later; as expected, some became sick,” the letter noted, “Management has told staff both overtly and covertly that our unwillingness to work under certain conditions translates into disregard for the public, and implied that we are ungrateful considering the way that we’ve “taken care of each other” (another lie) through this difficult time.”

Library workers cite that upon fully reopening, there’s been an increase in abuse from patrons, as has been seen across a service fields in the US. Likewise, a number of staff members in an already-understaffed system have left, leaving those who remain bearing the burden of even more work and less support. There are few accommodations, and those who are responsible for caretaking amid the pandemic have been told to report back to their physical branches.

The letter ends with expressing concern about the burnout and compassion fatigue that plagued the field prior to the pandemic and what will become of the people who comprise library facilities when they’ve had enough.

Tired employees cannot solve a systemic problem, nor can they effectively do their work from a physical library branch when their days include constant reminders of mask mandates, of physical distancing, and other scientifically-proven methods of reducing COVID transmission. Over the last 18 months, librarians have worked to provide essential reference, programming, and materials to patrons, even while working from home. Like other fields, employees able to pivoted and brought their skills in new ways to meet ever-changing demands.

But library workers, like those here in NYPL, mirror the same feelings expressed by many across the country in fields of customer service: demands from administration are high, while compassion and safety protocols are low, if available at all.

What can you do?

First, share the letter from the NYPL workers and spread the word. Understand the experience here mirrors the experiences of other library workers — from librarians to pages to custodians and maintenance workers — across the country, both in major urban systems and in single, rural libraries.

Write letters to local papers in support and praise of library employees for their above-and-beyond work, encouraging their administration to acknowledge them in meaningful ways. Encourage a return to hybrid work, citing the successful manners in which services were delivered since March 2020.

Above all, listen to library workers, not administration. Glowing praise, self-congratulatory language, and numbers that look suspicious should be pause for concern. Do employees feel this way or has administration spun a narrative that makes them look good?

Library workers are people as much as their patrons are, and pushing library workers back to physical spaces by gaslighting tactics helps no one — and it only further amplifies the reality that libraries are too often seen as the single solution to a myriad of social services problems for which they should not be responsible.