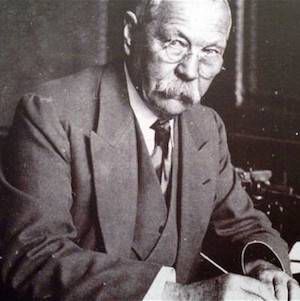 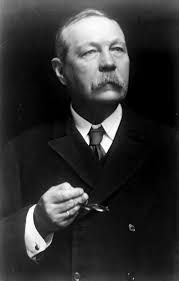 You guys, this is getting ridiculous.

A new Sherlock Holmes story by Sir Arthur Conan Doyle has been (re?)discovered by a historian after he put it in his attic 50 years ago and then forgot about it.

In 1902, the Scottish town of Selkirk’s bridge was destroyed in a flood. The town held a 3-day bazaar to raise funds for a new one, and the fund-raising efforts included a pamphlet of short stories written by locals (including one by Conan Doyle). Conan Doyle’s story is called “Sherlock Holmes: Discovering the Border Burghs and, by deduction, the Brig Bazaar,” and is  “about Holmes deducing Watson is going on a trip to Selkirk,” according to The Telegraph.

The booklet will be on display at a pop-up community museum in Selkirk, so if you want to take a gander, book your tickets now.

Now we’ll just be over here waiting for someone to discover the lost sequel to Pride and Prejudice, written by Jane Austen.