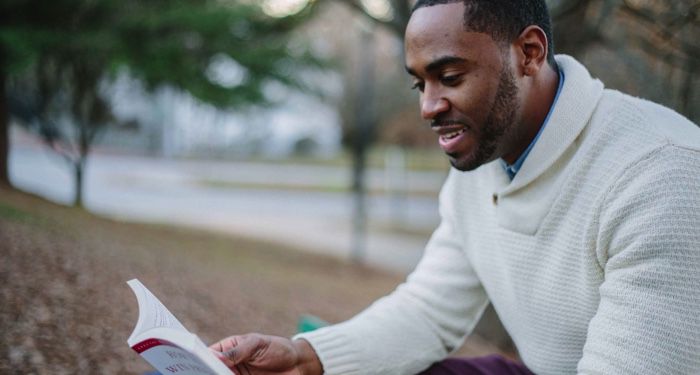 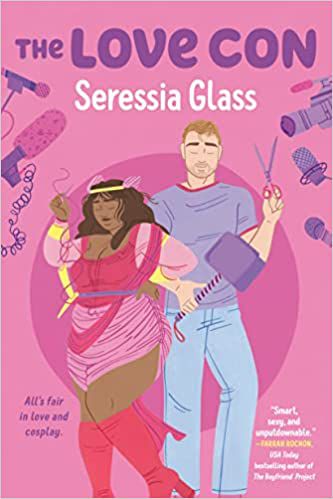 He’s cosplaying as her boyfriend but their feelings for each other are real in this romantic comedy from Seressia Glass.

Sometimes Kenya Davenport believes she was switched at the hospital—how else could a lover of anime, gaming, and cosplay come from STEM parents? Still, Kenya dreams of being able to turn her creative hobby into a career. She finally has a chance to make it big when she joins the reality show competition Cosplay or No Way.

There’s just one catch: the challenge for the final round is all about iconic pairs, and the judges want the contestants’ significant others to participate. Unfortunately, Kenya is as single as can be at the moment. Luckily her best friend, Cameron Lassiter, agrees to be her fake boyfriend for the show.

Roleplaying a couple in love will force them to explore what they’re hiding under the mask of friendship. Can Kenya and Cam fake it until she makes it, or will she be real about her feelings, knowing it could cost her the best friend she’s ever had?

Reasons to read it: Fans of the fake dating trop will rejoice for this romance with a fat, Black main character who isn’t afraid to be her own person. Kenya deals with micro-aggressions and being different from the rest of her family, but still manages to revel in things that bring her joy. It’s great to see people of color represented in various anime and gaming fandoms. 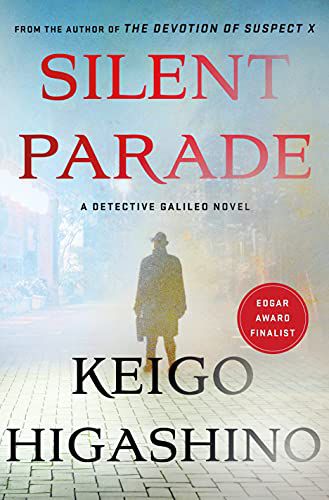 A popular young girl disappears without a trace, her skeletal remains discovered three years later in the ashes of a burned out house. There’s a suspect and compelling circumstantial evidence of his guilt, but no concrete proof. When he isn’t indicted, he returns to mock the girl’s family. And this isn’t the first time he’s been suspected of the murder of a young girl, nearly twenty years ago he was tried and released due to lack of evidence. Detective Chief Inspector Kusanagi of the Homicide Division of the Tokyo Police worked both cases.

The neighborhood in which the murdered girl lived is famous for has an annual street festival, featuring a parade with entries from around Tokyo and Japan. During the parade, the suspected killer dies unexpectedly. His death is suspiciously convenient, but the people with all the best motives have rock solid alibis. DCI Kusanagi turns once again to his college friend, Physics professor and occasional police consultant Manabu Yukawa, known as Detective Galileo, to help solve the string of impossible to prove murders.

Reasons to read it: There’s a good reason Higashino is popular in his native Japan. His Detective Galileo novels engage readers by being excellently paced while featuring intricate and scientific theories carefully revised by physicist Manabu Yukawa. Read for a cold case murder investigated alongside a new one that has a tricky solution. This is great for fans of the other Detective Galileo books, but also works as a standalone. 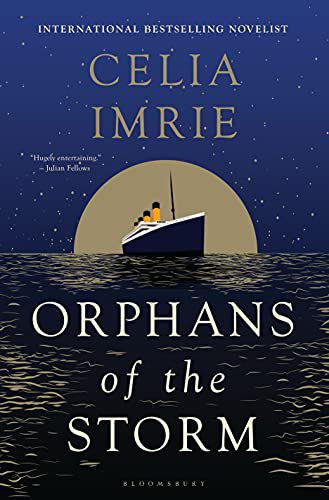 Orphans of the Storm by Celia Imrie

From internationally bestselling author and celebrated actress Celia Imrie: the story of a mother’s epic quest to find her children, set against the backdrop of the sinking of the Titanic.

Nice, 1912. The very worst thing imaginable has come true for Marcela: following their separation, her cruel, controlling husband Michael has disappeared with their two young sons.

Lolo and Monmon don’t understand where their daddy is taking them. First it was London; now they’re boarding a massive ship and heading out to sea.

Marcela will do everything in her power to find her boys; but when an era-defining disaster strikes, it seems impossible that they will ever be reunited.

Orphans of the Storm dives into the waters of the past to unearth a sweeping, epic tale of the sinking of the Titanic that radiates with humanity and hums with life.

Reasons to read it: This offers another perspective on the Titanic tragedy that we don’t usually come across, reminding us of all the other lives that were in danger aboard the great passenger liner. Although this is fiction, the real-life experiences of the two French toddlers that wound up on the ill-fated Titanic were researched, and the messiness of their parents’ split — complete with tales of domestic abuse, a divorce filing, and embezzled money — is detailed here. 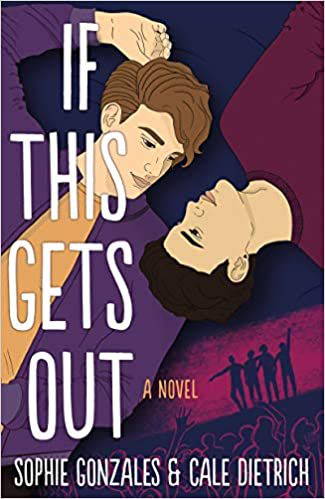 If This Gets Out by Sophie Gonzales & Gale Dietrich

Eighteen-year-olds Ruben Montez and Zach Knight are two members of the boy-band Saturday, one of the biggest acts in America. Along with their bandmates, Angel Phan and Jon Braxton, the four are teen heartbreakers in front of the cameras and best friends backstage. But privately, cracks are starting to form: their once-easy rapport is straining under the pressures of fame, and Ruben confides in Zach that he’s feeling smothered by management’s pressure to stay in the closet.

On a whirlwind tour through Europe, with both on an unrelenting schedule with minimal supervision, Ruben and Zach come to rely on each other more and more, and their already close friendship evolves into a romance. But when they decide they’re ready to tell their fans and live freely, Zach and Ruben start to truly realize that they will never have the support of their management. How can they hold tight to each other when the whole world seems to want to come between them?

Reasons to read it: For anyone who has ever wanted to read even more about your favorite boy band member, this is for you. It has the fun that’s to be expected from being in a famous boy band, but it shows the negative aspects of fame, too. It explores themes of peer pressure, meeting others’ expectations, and coming into your own as a queer person wonderfully. 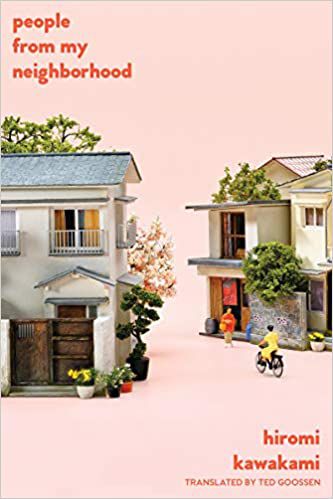 People from My Neighborhood by Hiromi Kawakami

From the author of the internationally bestselling Strange Weather in Tokyo, a collection of interlinking stories that masterfully blend the mundane and the mythical—”fairy tales in the best Brothers Grimm tradition: naïf, magical, and frequently veering into the macabre” (Financial Times).

A bossy child who lives under a white cloth near a tree; a schoolgirl who keeps doll’s brains in a desk drawer; an old man with two shadows, one docile and one rebellious; a diplomat no one has ever seen who goes fishing at an artificial lake no one has ever heard of. These are some of the inhabitants of People from My Neighborhood.

In their lives, details of the local and everyday—the lunch menu at a tiny drinking place called the Love, the color and shape of the roof of the tax office—slip into accounts of duels, prophetic dreams, revolutions, and visitations from ghosts and gods. In twenty-six “palm of the hand” stories—fictions small enough to fit in the palm of one’s hand and brief enough to allow for dipping in and out—Hiromi Kawakami creates a universe ruled by mystery and transformation.

Reasons to read it: For seemingly mundane tells of a small, Japanese town that has many surreal elements. Kawakami’s spare prose perfectly accentuates the unsettling quality that many of these stories have, while still helping to retain a charming air. 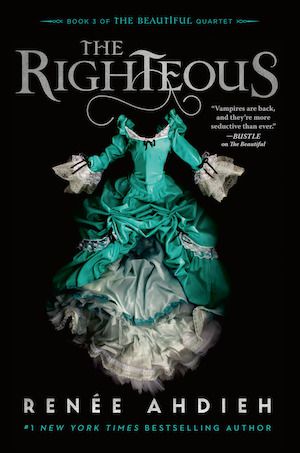 The Righteous by Renee Ahdieh

Pippa Montrose is tired of losing everything she loves. When her best friend Celine disappears under mysterious circumstances, Pippa resolves to find her, even if the journey takes her into the dangerous world of the fae, where she might find more than she bargained for in the charismatic Arjun Desai.

Renée is back with her rich, atmospheric fantasy world that will continue to enthrall readers with new romance and mystery, and lush, pacey writing. The Righteous is the can’t-miss lead in to what will be a much-anticipated finale of a can’t miss quartet.

Reasons to read it: For an enjoyable continuation to The Beautiful series that sets up for the next book rather nicely. By focusing more on minor characters from the previous books, Ahdieh makes the story fresh and garners interest anew. Racism and colonialism are addressed in this fun YA fantasy.