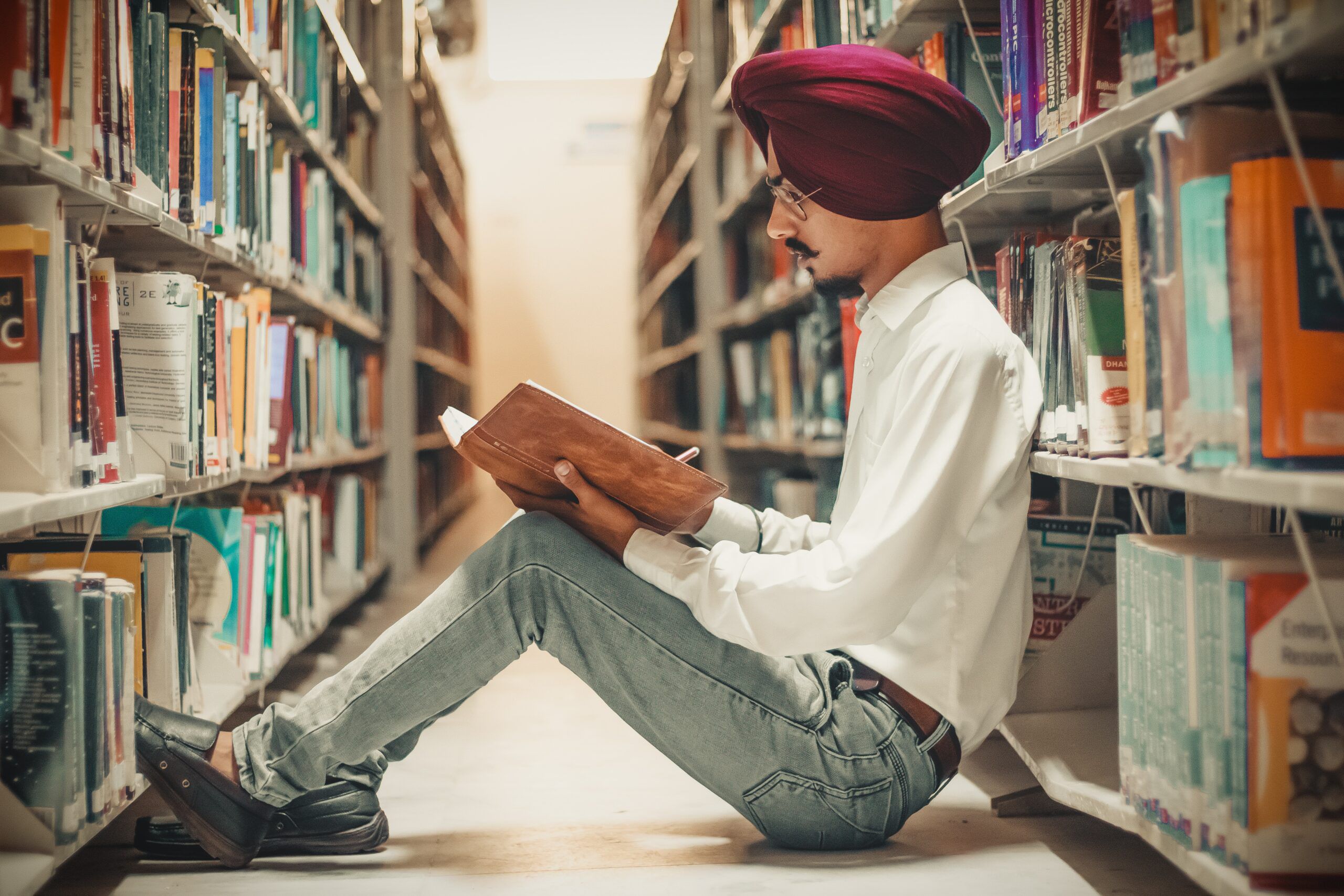 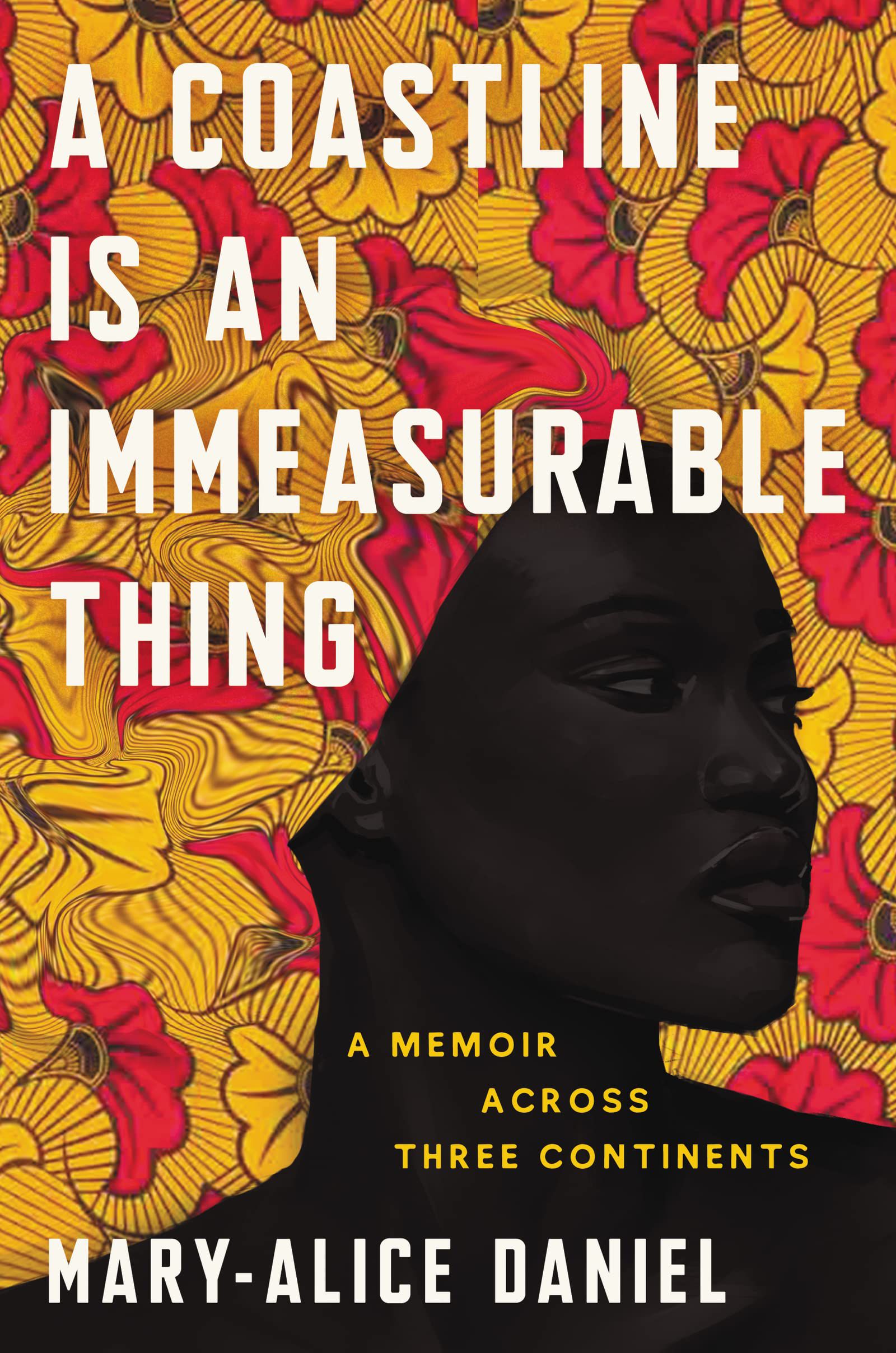 A Coastline Is an Immeasurable Thing: A Memoir Across Three Continents by Mary-Alice Daniel

A poetic coming-of-age memoir that probes the legacies and myths of family, race, and religion — from Nigeria to England to America

Mary-Alice Daniel’s family moved from West Africa to England when she was a very young girl, leaving behind the vivid culture of her native land in the Nigerian savanna. They arrived to a blanched, cold world of prim suburbs and unfamiliar customs. So began her family’s series of travels across three continents in search of places of belonging.

A Coastline Is an Immeasurable Thing ventures through the physical and mythical landscapes of Daniel’s upbringing. Against the backdrop of a migratory adolescence, she reckons with race, religious conflict, culture clash, and a multiplicity of possible identities. Daniel lays bare the lives and legends of her parents and past generations, unearthing the tribal mythologies that shaped her kin and her own way of being in the world. The impossible question of which tribe to claim as her own is one she has long struggled with: the Nigerian government recognizes her as Longuda, her father’s tribe; according to matrilineal tradition, Daniel belongs to her mother’s tribe, the nomadic Fulani; and the language she grew up speaking is that of the Hausa tribe. But her strongest emotional connection is to her adopted home: California, the final place she reveals to readers through its spellbinding history.

Daniel’s approach is deeply personal: in order to reclaim her legacies, she revisits her unsettled childhood and navigates the traditions of her ancestors. Her layered narratives invoke the contrasting spiritualities of her tribes: Islam, Christianity, and magic. A Coastline Is an Immeasurable Thing is a powerful cultural distillation of mythos and ethos, mapping the far-flung corners of the Black diaspora that Daniel inherits and inhabits. Through lyrical observation and deep introspection, she probes the bonds and boundaries of Blackness, from bygone colonial empires to her present home in America.

Reasons to read it: Memoirs by poets are always a safe bet, and with this one, Daniel shows the cost of assimilation — how with each new place she had to change another piece of herself. Though this, as a memoir, is obviously deeply personal, there’s researched history that’s shared — like the origins of names — that provides nice context. 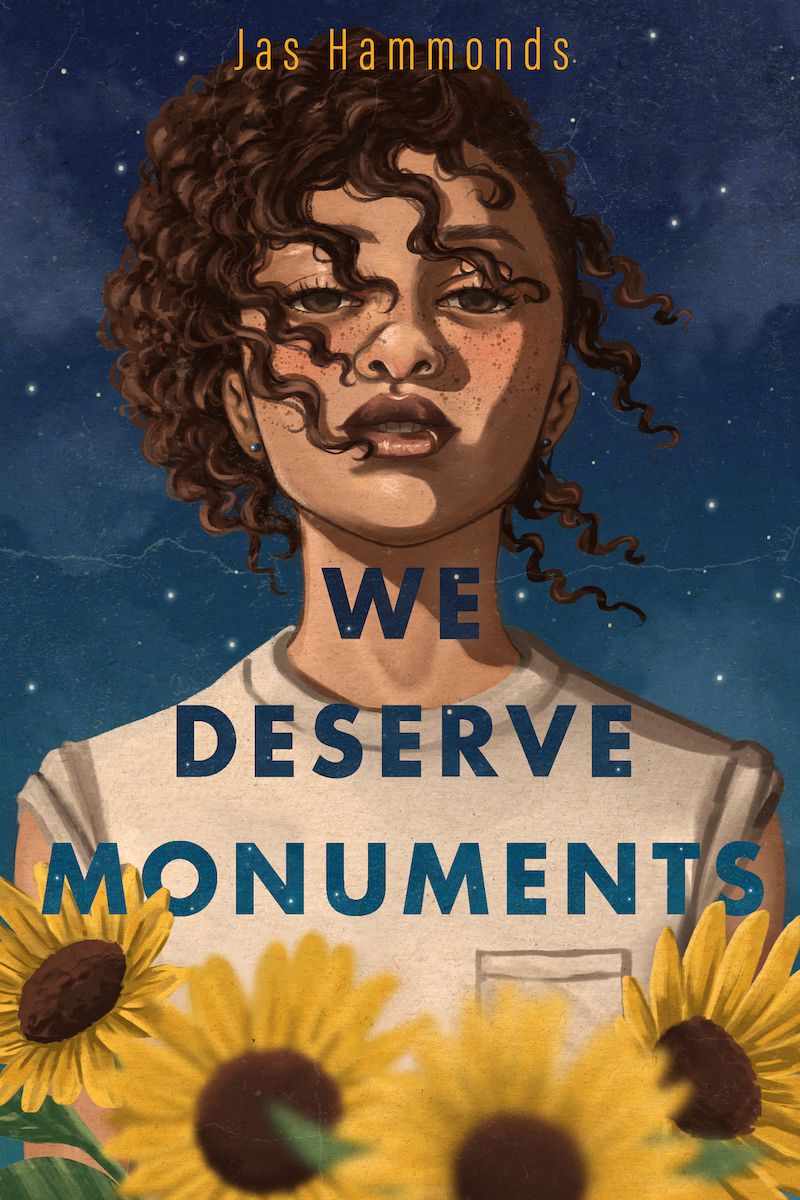 We Deserve Monuments by Jas Hammonds

Family secrets, a swoon-worthy romance, and a slow-burn mystery collide in We Deserve Monuments, a YA debut from Jas Hammonds that explores how racial violence can ripple down through generations.

What’s more important? Knowing the truth or keeping the peace?

Seventeen year old Avery Anderson is convinced her senior year is ruined when she’s uprooted from her life in D.C. and forced into the hostile home of her terminally ill grandmother, Mama Letty. The tension between Avery’s mom and Mama Letty makes for a frosty arrival and unearths past drama they refuse to talk about. Every time Avery tries to look deeper, she’s turned away, leaving her desperate to learn the secrets that split her family in two.

While tempers flare in her avoidant family, Avery finds friendship in unexpected places: in Simone Cole, her captivating next-door neighbor, and Jade Oliver, daughter of the town’s most prominent family — whose mother’s murder remains unsolved.

As the three girls grow closer — Avery and Simone’s friendship blossoming into romance — the sharp-edged opinions of their small southern town begin to hint at something insidious underneath. The racist history of Bardell, Georgia is rooted in Avery’s family in ways she can’t even imagine. With Mama Letty’s health dwindling every day, Avery must decide if digging for the truth is worth toppling the delicate relationships she’s built in Bardell — or if some things are better left buried.

Reasons to read it: Generational trauma, race/class, and sexuality are front and center in this book, and the mystery of what’s happened in the small town is revealed in a way that will keep you engaged. There’s also a nice romance that develops. 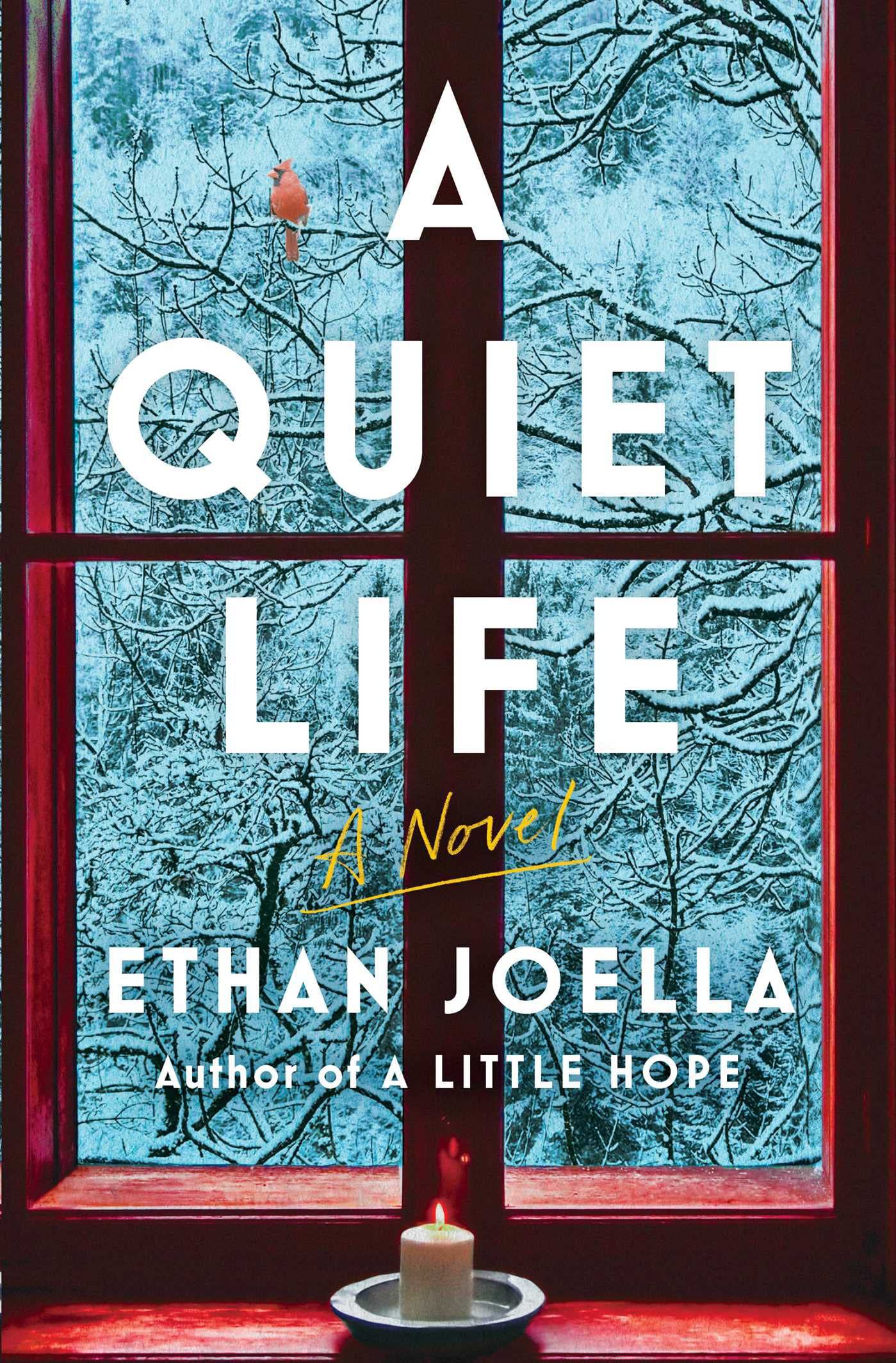 A Quiet Life by Ethan Joella

From the author of A Little Hope — a Read with Jenna Bonus Pick —comes an enormously powerful and life-affirming novel about three individuals whose lives intersect in unforeseen ways.

Set in a close-knit Pennsylvania suburb in the grip of winter, A Quiet Life follows three people grappling with loss and finding a tender wisdom in their grief.

Chuck Ayers used to look forward to nothing so much as his annual trip to Hilton Head with his wife, Cat — that yearly taste of relaxation they’d become accustomed to in retirement, after a lifetime of working and raising two children. Now, just months after Cat’s death, Chuck finds that he can’t let go of her things — her favorite towel, the sketchbooks in her desk drawer — as he struggles to pack for a trip he can’t imagine taking without her.

Ella Burke delivers morning newspapers and works at a bridal shop to fill her days while she anxiously awaits news — any piece of information — about her missing daughter. Ella adjusts to life in a new apartment and answers every call on her phone, hoping her daughter will reach out one day.

After the sudden death of her father, Kirsten Bonato set aside her veterinary school aspirations, finding comfort in the steady routine of working at an animal shelter. But as time passes, old dreams and new romantic interests begin to surface — and Kirsten finds herself at another crossroads.

In this beautifully crafted and profoundly moving novel, three parallel narratives converge in poignant and unexpected ways, as each character bravely presses onward, trying to recover something they have lost. Emotionally riveting and infused with hope, A Quiet Life celebrates humanity in the midst of uncertainty.

Reasons to read it: The stories of the characters in this book are touching, and despite their grief, the overall tone of this book is comforting. This is one to pick up if you want to be soothed. 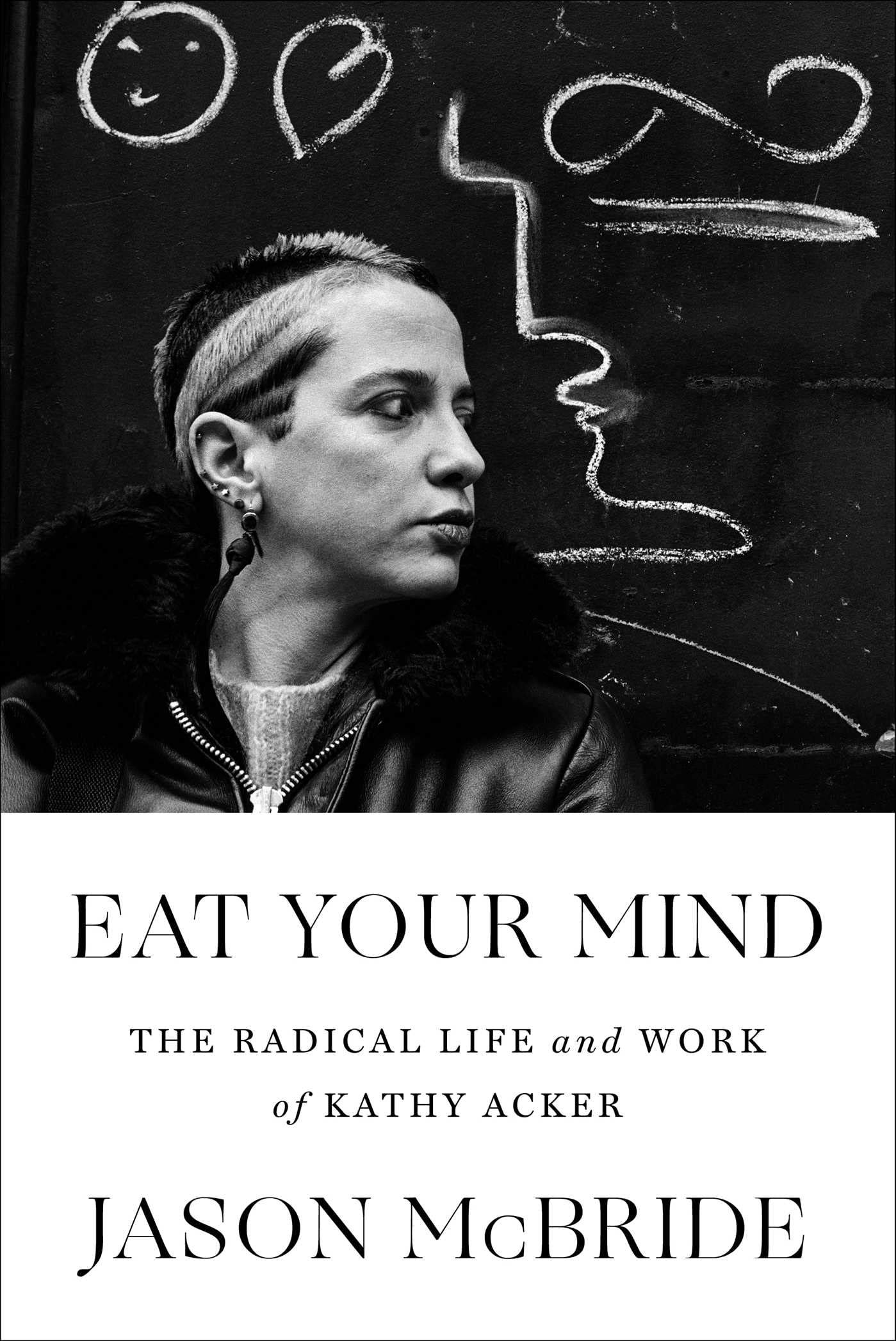 Eat Your Mind: The Radical Life and Work of Kathy Acker by Jason McBride

The first full-scale authorized biography of the pioneering experimental novelist Kathy Acker, one of the most original and controversial figures in 20th century American literature.

Kathy Acker (1947–1997) was a rare and almost inconceivable thing: a celebrity experimental writer. Twenty-five years after her death, she remains one of the most original, shocking, and controversial artists of her era. The author of visionary, transgressive novels like Blood and Guts in High School; Empire of the Senseless; and Pussy, King of Pirates, Acker wrote obsessively about the treachery of love, the limitations of language, and the possibility of revolution.

She was notorious for her methods — collaging together texts stolen from other writers with her own diaries, sexual fantasies, and blunt political critiques — as well as her appearance. With her punkish hairstyles, tattoos, and couture outfits she looked like no other writer before or after. Her work was exceptionally prescient, taking up complicated conversations about gender, sex, capitalism, and colonialism that continue today.

Acker’s life was as unruly and radical as her writing. Raised in a privileged but oppressive Upper East Side Jewish family, she turned her back on that world as soon as she could, seeking a life of romantic and intellectual adventure that led her to, and through, many of the most thrilling avant-garde and countercultural moments in America: the births of conceptual art and experimental music; the poetry wars of the ’60s and ’70s; the mainstreaming of hardcore porn; No Wave cinema and New Narrative writing; Riot grrls, biker chicks, cyberpunks. As this definitive biography shows, Acker was not just a singular writer, she was also a titanic cultural force who tied together disparate movements in literature, art, music, theatre, and film.

A feat of literary biography, Eat Your Mind is the first full-scale, authorized life of Acker. Drawing on exclusive interviews with hundreds of Acker’s intimates as well as her private journals, correspondence, and early drafts of her work, acclaimed journalist and critic Jason McBride offers a thrilling account and a long overdue reassessment of a misunderstood genius and revolutionary artist.

Reasons to read it: This is Journalist Jason McBride’s first book, and what a person he’s chosen to write about! McBride lays out Acker’s momentous life — from her writing eight hours a day to sex work — alongside relevant cultural context. This is a well-written, well-researched biography on an immensely interesting literary figure. 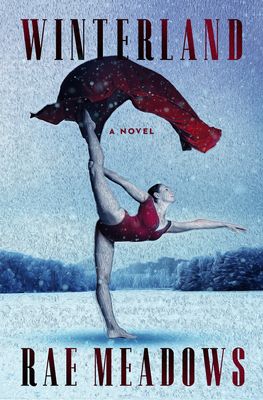 Perfection has a cost…

Reminiscent of Maggie Shipstead’s Astonish Me and Julia Phillips’s Disappearing Earth, Winterland tells the story of a previous era, shockingly pertinent today, shaped by glory and loss and finding light where none exists.

In the Soviet Union in 1973, there is perhaps no greater honor for a young girl than to be chosen to be part of the famed USSR gymnastics program. So when 8 year old Anya is tapped, her family is thrilled. What is left of her family, that is. Years ago her mother disappeared. Anya’s only confidant is her neighbor, an older woman who survived unspeakable horrors during her 10 years in a Gulag camp ― and who, unbeknownst to Anya, was also her mother’s confidant and might hold the key to her disappearance. As Anya moves up the ranks of competitive gymnastics, and as other girls move down, Anya soon comes to realize that there is very little margin of error for anyone.

Reasons to read it: Meadows establishes a great sense of place, allowing you to feel fully immersed in Soviet Russia and the grueling life of a female gymnast — from Anya’s first hopes that gymnastics will be her ticket out to the fall of the Soviet Union. 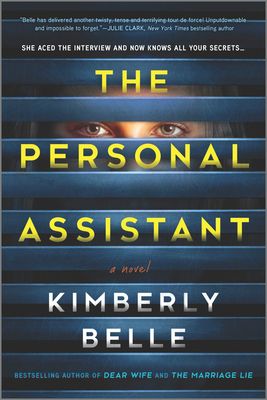 The Personal Assistant by Kimberly Belle

USA Today bestselling author Kimberly Belle returns with a deeply addictive thriller exploring the dark side of the digital world when a mommy-blogger’s assistant goes missing.

When Alex first began posting unscripted family moments and motivational messages online, she had no intention of becoming an influencer. Overnight it seemed she’d amassed a huge following, and her hobby became a full-time job — one that was impossible to manage without her sharp-as-a-tack personal assistant, AC.

But all the good-will of her followers turns toxic when one controversial post goes viral in the worst possible way. Alex reaches out to AC for damage control, but her assistant has gone silent. This young woman Alex trusted with all her secrets, who had access to her personal information and front row seats to the pressure points in her marriage and family life, is now missing and the police are looking to Alex and her husband for answers. As Alex digs into AC’s identity — and a woman is found murdered — she’ll find the greatest threat isn’t online, but in her own living room.

Written in alternating perspectives between Alex, her husband, and the mysterious AC, this juicy cat and mouse story will keep you guessing till the very end.

Reasons to read it: Alternating perspectives in mysteries and thrillers makes the build up to the final reveal all the more suspenseful. And in this fast-paced domestic thriller, they lead to an ending you probably won’t see coming.