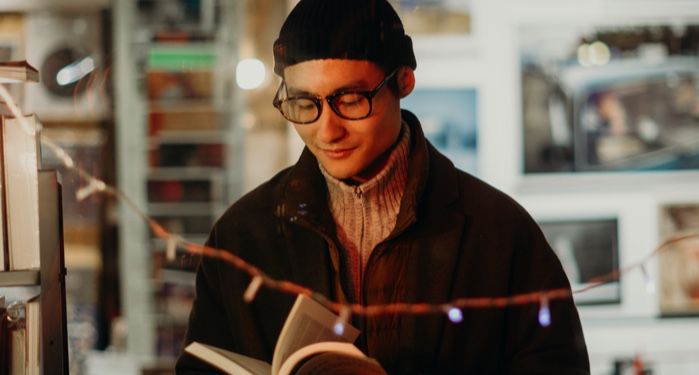 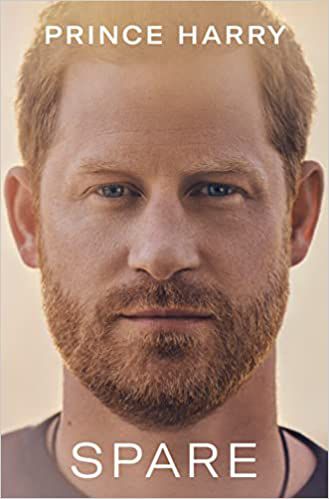 It was one of the most searing images of the 20th century: two young boys, two princes, walking behind their mother’s coffin as the world watched in sorrow — and horror. As Diana, Princess of Wales, was laid to rest, billions wondered what the princes must be thinking and feeling — and how their lives would play out from that point on.

For Harry, this is that story at last.

With its raw, unflinching honesty, Spare is a landmark publication full of insight, revelation, self-examination, and hard-won wisdom about the eternal power of love over grief.

Reasons to read it: Ahead of the release of this memoir, there were already news outlets reporting how it details a physical altercation between Harry and his brother William. This, I think, is a good example of the reasons to pick this one up — there are somber moments, but it’s the messiness of the royal family that will be the major draw. 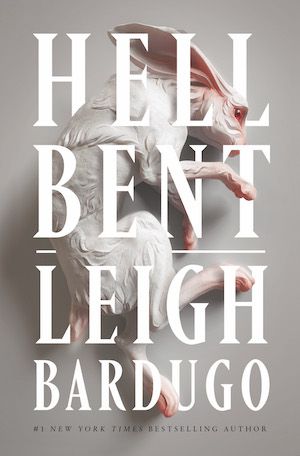 Find a gateway to the underworld. Steal a soul out of hell. A simple plan, except people who make this particular journey rarely come back. But Galaxy “Alex” Stern is determined to break Darlington out of purgatory ― even if it costs her a future at Lethe and at Yale.

Forbidden from attempting a rescue, Alex and Dawes can’t call on the Ninth House for help, so they assemble a team of dubious allies to save the gentleman of Lethe. Together, they will have to navigate a maze of arcane texts and bizarre artifacts to uncover the societies’ most closely guarded secrets, and break every rule doing it. But when faculty members begin to die off, Alex knows these aren’t just accidents. Something deadly is at work in New Haven, and if she is going to survive, she’ll have to reckon with the monsters of her past and a darkness built into the university’s very walls.

Thick with history and packed with Bardugo’s signature twists, Hell Bent brings to life an intricate world full of magic, violence, and all too real monsters.

Reasons to read it: If you like your dark academia extra dark, this fantasy thriller will get you right. Bardugo continues to stun with clever writing, well-timed humor, and intriguing characters set against interesting world building. Stephen King even said “Bardugo’s imaginative reach is brilliant.” 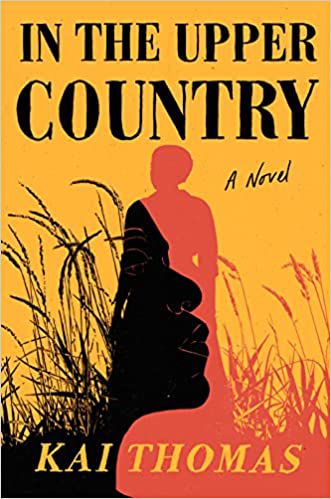 In the Upper Country by Kai Thomas

The fates of two unforgettable women — one just beginning a journey of reckoning and self-discovery and the other completing her life’s last vital act — intertwine in this sweeping, powerful novel set at the terminus of the Underground Railroad.

In the 1800s in Dunmore, a Canadian town settled by people fleeing enslavement in the American south, young Lensinda Martin works for a crusading Black journalist.

One night, a neighboring farmer summons Lensinda after a slave hunter is shot dead on his land by an old woman who recently arrived via the Underground Railroad. When the old woman refuses to flee before the authorities arrive, the farmer urges Lensinda to gather testimony from her before she can be condemned for the crime.

But the old woman doesn’t want to confess. Instead she proposes a barter: a story for a story. And so begins an extraordinary exchange of tales that reveal an interwoven history of Black and Indigenous peoples in a wide swath of what is called North America.

As time runs out, Lensinda is challenged to uncover her past and face her fears in order to make good on the bargain of a story for a story. And it seems the old woman may carry a secret that could shape Lensinda’s destiny.

Traveling along the path of the Underground Railroad from Virginia to Michigan, from the Indigenous nations around the Great Lakes, to the Black refugee communities of Canada, In the Upper Country weaves together unlikely stories of love, survival, and familial upheaval that map the interconnected history of the peoples of North America in an entirely new and resonant way.

Reasons to read it: By setting this story in Canadian and emphasizing Black and Indigenous relations, Thomas adds another layer to the narrative of North American slavery — one that isn’t often explored. In the Upper Country’s writing is lyrical as it unfurls a past and preset that are interwoven. 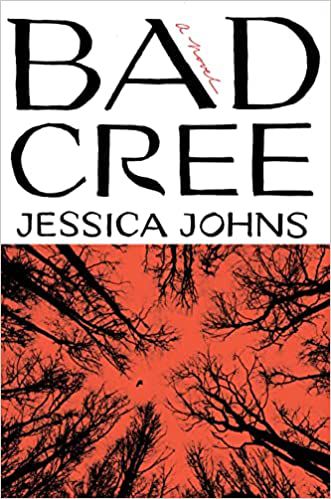 In this gripping, horror-laced debut, a young Cree woman’s dreams lead her on a perilous journey of self-discovery that ultimately forces her to confront the toll of a legacy of violence on her family, her community and the land they call home.

When Mackenzie wakes up with a severed crow’s head in her hands, she panics. Only moments earlier she had been fending off masses of birds in a snow-covered forest. In bed, when she blinks, the head disappears.

Night after night, Mackenzie’s dreams return her to a memory from before her sister Sabrina’s untimely death: a weekend at the family’s lakefront campsite, long obscured by a fog of guilt. But when the waking world starts closing in, too — a murder of crows stalks her every move around the city, she wakes up from a dream of drowning throwing up water, and gets threatening text messages from someone claiming to be Sabrina — Mackenzie knows this is more than she can handle alone.

Traveling north to her rural hometown in Alberta, she finds her family still steeped in the same grief that she ran away to Vancouver to escape. They welcome her back, but their shaky reunion only seems to intensify her dreams — and make them more dangerous.

What really happened that night at the lake, and what did it have to do with Sabrina’s death? Only a bad Cree would put their family at risk, but what if whatever has been calling Mackenzie home was already inside?

Reasons to read it: Johns utilizes horror tropes to work out the ramifications of generational trauma to perfect effect. Her writing is descriptive while still being contained. Pick this one up for a chilling narrative that’s about spirits and ghosts, but also about healing. 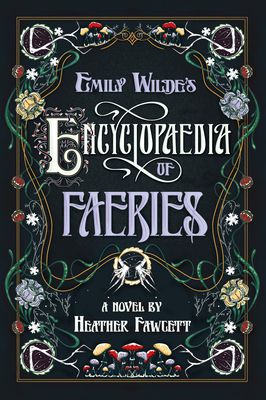 Cambridge professor Emily Wilde is good at many things: She is the foremost expert on the study of faeries. She is a genius scholar and a meticulous researcher who is writing the world’s first encyclopaedia of faerie lore. But Emily Wilde is not good at people. She could never make small talk at a party — much less get invited to one. And she prefers the company of her books, her dog Shadow, and the Fair Folk to other people.

So when she arrives in the hardscrabble village of Hransvik, Emily has no intention of befriending the gruff townsfolk. Nor does she care to spend time with another new arrival: her dashing and insufferably handsome academic rival Wendell Bambleby, who manages to charm the townsfolk, get in the middle of her research, and utterly confound and frustrate Emily.

But as Emily gets closer and closer to uncovering the secrets of the Hidden Ones —the most elusive of all faeries — lurking in the shadowy forest outside the town, she also finds herself on the trail of another mystery: Who is Wendell Bambleby, and what does he really want? To find the answer, she’ll have to unlock the greatest mystery of all — her own heart.

Reasons to read it: This cozy, academic fantasy is whimsical and endearing with delicious banter between Emily and Wendell. It’s not all fun and games, though: the charming fuzziness is countered with some terrifying moments. Miyazaki fans will probably be pleasantly reminded of Howl’s Moving Castle. If you know, you know. 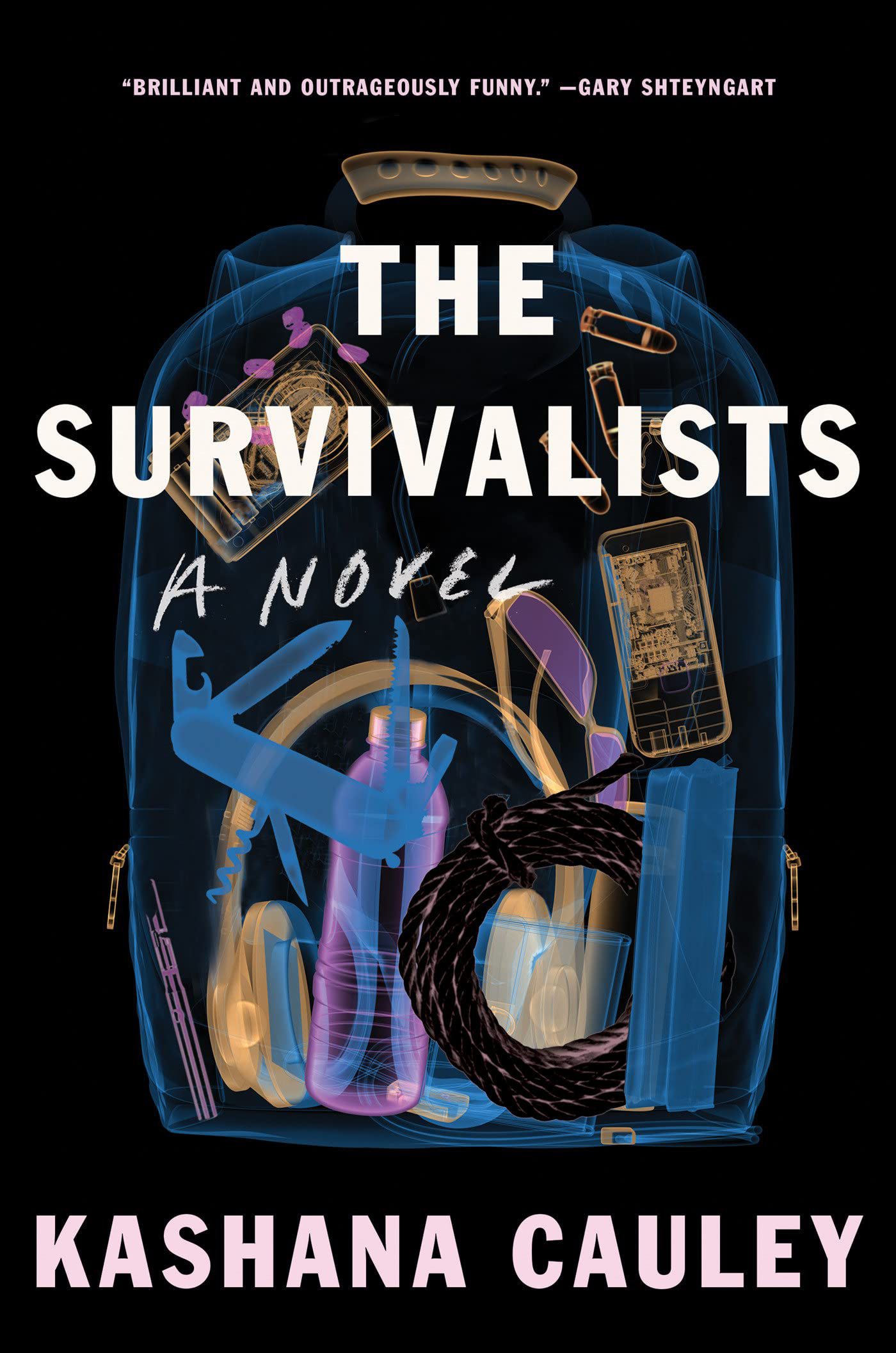 The Survivalists by Kashana Cauley

A single Black lawyer puts her career and personal moral code at risk when she moves in with her coffee entrepreneur boyfriend and his doomsday-prepping roommates in a novel that’s packed with tension, curiosity, humor, and wit from a writer with serious comedy credentials.

In the wake of her parents’ death, Aretha, a habitually single Black lawyer, has had only one obsession in life —success — until she falls for Aaron, a coffee entrepreneur. Moving into his Brooklyn brownstone to live along with his Hurricane Sandy-traumatized, illegal-gun-stockpiling, optimized-soy-protein-eating, bunker-building roommates, Aretha finds that her dreams of making partner are slipping away, replaced by an underground world, one of selling guns and training for a doomsday that’s maybe just around the corner.

For readers of Victor LaValle’s The Changeling, Paul Beatty’s The Sellout, and Zakiya Harris’s The Other Black Girl, The Survivalists is a darkly humorous novel from a smart and relevant new literary voice that’s packed with tension, curiosity and wit, and unafraid to ask the questions most relevant to a new generation of Americans: Does it make sense to climb the corporate ladder? What exactly are the politics of gun ownership? And in a world where it’s nearly impossible for young people to earn enough money to afford stable housing, what does it take in order to survive?

Reasons to read it: The Survivalists has a lot going on, in the best way. Cauley’s experience as an attorney peppers Aretha’s professional life in the book with authenticity, and the writing balances humor, social commentary, and suspense well, making for such an entertaining reading experience.