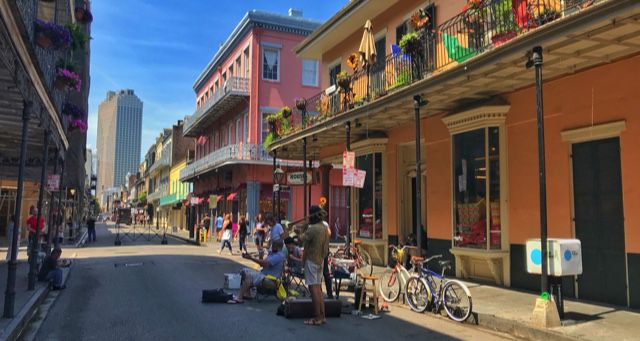 Though generally a skeptic, even I’ll admit there’s no city in the U.S. that feels more haunted than New Orleans. When I interviewed native New Orleanian and author Alys Arden, also the magic consultant on Teen Titans: Raven, she told me, “It’s funny to watch the level of skepticism dissipate over the course of those (ghost and supernatural) tours…part of that feeling people can’t describe about the city are the dead. There are 45 cemeteries. I think that here, more than other places, the dead really do walk the streets with the living.” I’ve even had my own experience with a prankster spirit at a house in Slidell (about 35 miles outside of New Orleans proper). 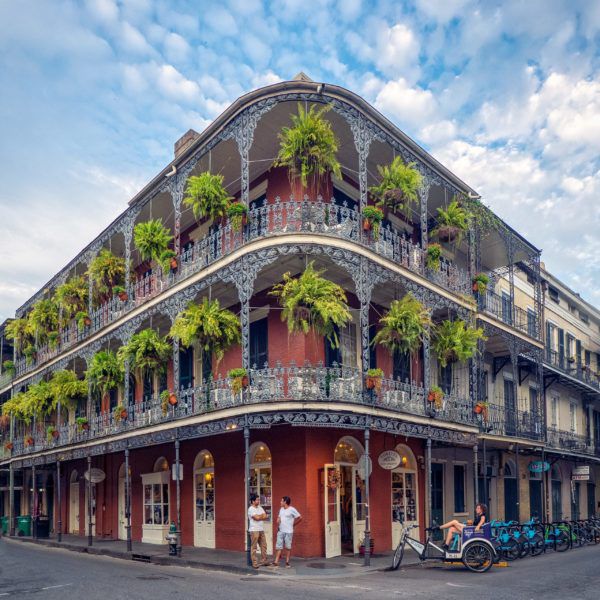 New Orleans also has a vibrant creative community in terms of both visual and literary arts. Such luminaries as Louis Armstrong, John James Audubon, and Tennessee Williams were either born in the Crescent City or chose it as their home. It’s natural then, that ghost stories and the arts should come together in graphic novels that spin macabre and terrifying tales.

I could do a hundred posts on New Orleans ghost stories that would make great graphic novels and not even make a dent in the city’s lore. I’ll start with two and then come back around after we cover some additional ground.

My best friend and I didn’t know Muriel’s had a reputation for being haunted when we wandered in looking for a late weekend brunch (if we had, we’d probably have gone sooner. And deliberately). A brief history on the back of the menu and our server got us up to speed, however, and the wonderful staff encouraged us to go exploring once we were done with our meal and learn about the various spirits who have taken up residence on the property over the years. Multiple ghosts make Muriel’s a perfect location in which to set  a graphic novel series featuring an individual arc for each of the spirited inhabitants.

In 1718, Claude Trepagnier was granted the land upon which Muriel’s now stands as a reward for services rendered during the expedition that led to the founding of New Orleans. He built a cottage in what came to be known as Jackson Square and local lore has it that slaves were taken off incoming ships and left in a second structure where Muriel’s carriageway has stood since the late 1700s. The spirits of those who died in that structure are said to still populate that part of the building. Trepagnier moved his family to a plantation in Kenner, Louisiana, in 1724 and was later murdered.

In 1788, when the city was rebuilding after the Great New Orleans Fire, Pierre Phillipe Lepardi Jourdane purchased property in Jackson Square upon which to build his dream home. The unfortunate Msr. Jourdane was, however,  addicted to gambling and lost his beloved house in 1814. He died by suicide on the part of the property that is now Muriel’s Seance Room and spends most of his time there, a sparkly light roaming about, though he does sometimes leave to move objects around other parts of the restaurant. Muriel’s keeps a table set for him in perpetuity.

An unidentified spirit frequents Muriel’s Courtyard Bar, mischievous though not malicious; it likes to throw glasses across the room against the far brick wall to shatter them. Paranormal investigators who have spent time in the building have reported shadows and disembodied voices, including recordings of a woman’s voice when no women were present. Others claim to have heard knocking on the Seance Room wall.

New Orleans proper has 45 cemeteries in which people of means were interred above ground in vaults and tombs due to the high water table under the city. St. Louis Cemetery No. 1 is the oldest, in continuous use since it replaced St. Peter’s Cemetery in 1789.

Said to be at rest in St. Louis No. 1 are famed Voodoo Priestess Marie Laveau, notorious slave owner Delphine DeLaurie (whose mansion is also considered to be extremely haunted), and architect Benjamin Latrobe.

According to Ghost City Tours, St. Louis Cemetery No. 1 is not only one of most famous, but also most haunted, cemeteries in the country. Rumored to frequent the grounds are Madame Laveau (who, if legends are to be believed, also makes her presence known in several other locations around the French Quarter) in brightly colored clothing and a white and red head scarf. Not always friendly, she may grant your wish if you mark her tomb with 3 “Xs” but if she does, you’d best return with a gift (new restrictions intended to deter vandals have ended this practice for the most part but maybe you can work out a metaphor). Among other ghosts who haunt the property are Henry Vignes, a sailor whose landlady sold his family plot while he was on a voyage leaving him to be buried in a pauper’s grave; Henry sometimes attends other funerals and asks the family if there is room for him in the tomb. Alphonse will take the hand of visitors and ask them to help him find his way home though he’ll try to stop them from approaching the Pinead Tomb, leading some to believe he was betrayed, or even murdered by a member of that family.

I’m envisioning this one as a big, fat graphic novel that delves into the lives, deaths, and afterlives of each of ghosts as possible, each entity getting their own chapter. I’d love to see some of the history surrounding each individual, the context in which they existed and in which they perished, and that which may have prodded them back to this world from across the veil.

Just as I keep returning to New Orleans, I’m sure this little ghost story to comics feature I’m obsessed with will do the same. It really is a magical place and there’s nothing more important to a good fantastical,  terrifying tale, than magic.