While the year 2020 has brought many of us a lot of pain and misfortune, it has delivered one thing I’ve been so glad to see: amazing memoirs written by Asian authors. I grew up in the United States, never having the chance to meet or speak with my relatives living in Asia, so I’m always antsy to pick up any memoir written by someone who shares a piece of common heritage with me. Whether they are living there now, have emigrated elsewhere, or have never set foot on the continent, each story returns a piece of me I didn’t know I was missing. 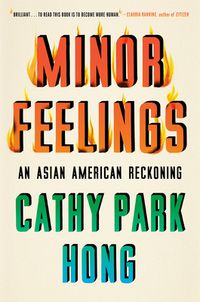 In this collection of essays, Cathy Park Hong blends memoir and cultural exploration to examine what it is to be Asian American in the 21st century. Hong defines minor feelings as “the radicalized range of emotions that are negative, dysphoric, and therefore untelegenic, built from the sediments of everyday racial experience and the irritant of having one’s perception of reality constantly questioned or dismissed.” Her observations are personal and poignant, putting into words so many thoughts I’ve never been able to articulate about being an Asian American. 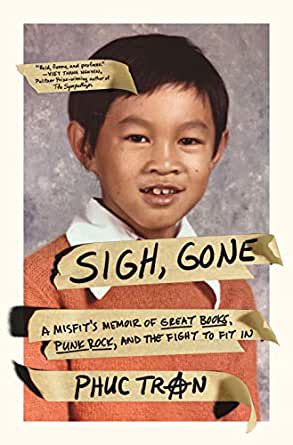 Tran immigrated to the United States with his family in 1975, during the fall of Saigon. This coming-of-age memoir begins in the small town they landed in—Carlisle, Pennsylvania—where Tran faces opposing forces of isolation and rebellion at school versus the expectations set by his immigrant parents. In this memoir, he explores the racism and abuse he faced against the backdrop of the punk music and literature that saved him. 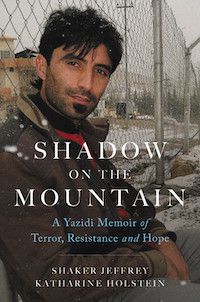 Shadow on the Mountain by Shaker Jeffrey

Shaker Jeffrey’s journey began as an Iraqi boy growing up alongside American troops stationed in his country. He practiced English with the soldiers and ultimately became one of the youngest combat interpreters to work for the U.S. government. Forced out of his community by ISIS, Jeffrey fled to the mountains, where he continued to inform the U.S. of the plight of the trapped Yazidis. As tensions escalate, he ultimately disguises himself as an ISIS fighter to mount a rescue mission of over 1,000 civilians and girls who were forced into sex slavery. It is a story so powerful it sometimes feels like fiction. 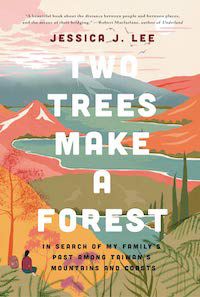 After unearthing her grandfather’s hidden memoir, Lee becomes determined to piece together her family’s history as they moved from China to Taiwan to Canada. Her search brings her home to Taiwan where she explores the language, history, and memories of her family’s homeland. Her end product is a beautifully written book that is equal parts personal narrative, history of Taiwan, and meditations on nature. 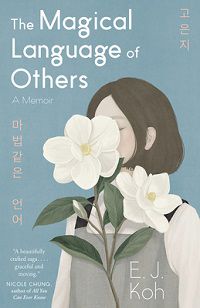 The Magical Language of Others by E.J. Koh

When Eun Ji Koh was 15 years old her parents moved home to South Korea, leaving her and her younger brother behind in California. Suddenly, Eun Ji is left to navigate the world without her mother. The Magical Language of Others is a love story in letters, written from mother to daughter in the years that follow. As she translates the letters, Eun Ji Koh finds herself exploring her family’s history and the intergenerational trauma of her mother and grandmother. 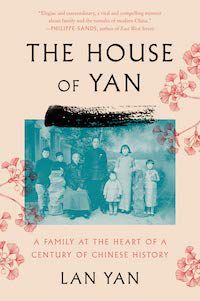 The House of Yan by Lan Yan

Lan Yan was born into the Chinese elite in the time of Mao Zedong. Her father was his personal Russian translator and her grandfather was a part of the Communist Party of China. Despite her family’s status, everything changed when the Cultural Revolution hit and her grandfather was taken from their home by Red Guards accusing him of spying for the Soviet Union. Her father was arrested a few days later, followed by Lan Yan and her mother being sent to a reeducation camp, where they lived for over seven years. Now one of the most active businesswomen in the country, Lan Yan recounts her family’s history and the ways the Cultural Revolution tore her childhood apart. 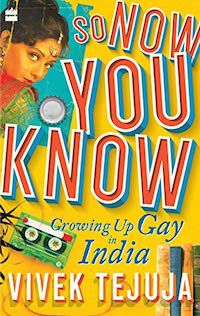 So Now You Know by Vivek Tejuja

When Vivek was 8, he realized he was gay. Well, not exactly consciously…but he knew he was different and that he was in love with his best friend, Deepak. When the Bollywood film Mast Kalandar was released, he realized he didn’t want to be like Pinku, a stereotypical gay character. Determined, he tried changing the way he walked, talked, and gesticulated to avoid being like Pinku. Filled with humor and heartbreak, So Now You Know is a rarely told story of growing up gay in India. 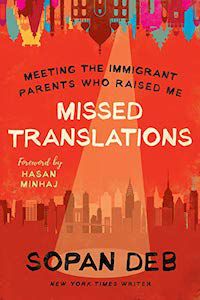 Around the time of his 30th birthday, Sopan Deb knew the basics of his family: his parents moving from India, separately, and ending up in an arranged marriage that ultimately ended with his father moving back to India alone. But one day he realized he never learned who they were as individuals—people with their own quirks, interests, and histories. That year, he set off on a journey to bridge the emotional gap between him and the parents who raised him. As he travels to India to reconnect with his dad and ends a multi-year silence between him and his mother, Deb shows us it is never too late to pick up the pieces. 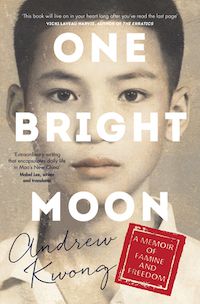 One Bright Moon by Andrew Kwong

Kwong was only 7 when he witnessed his first execution in Mao’s China. A few months later, it was his own father on trial. Only this time, he was sent to a reeducation camp that left their family tainted and desperate even after his return. When it seemed escape was their only option, Kwong undertook the perilous journey of escaping to Australia ahead of his family.

Growing up, Maya Lang looked up to her brilliant mother, a physician who moved from India to the United States to complete her residency. When she had a daughter of her own, suddenly Maya’s mother, who had always been attentive and supportive, became distant. Eventually, she learns that her mother is living with Alzheimer’s and steps in to care for her. As she spends time with her aging mother, she realizes how little she knew about the woman who raised her and becomes determined to remedy that before it slips away. 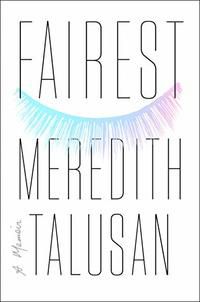 Fairest is Meredith Talusan’s memoir about life as a young boy with albinism, a gay man, and ultimately a transgender woman. Immigrating from a rural Philippine village to the United States, Talusan is eventually granted an academic scholarship to Harvard from which she “emerged as an artist and an activist questioning the boundaries of gender.” Realizing she didn’t want to be confined to the prescribed role of a man, she began her transition, despite risking losing the man she loved. Fairest is a powerful memoir about love, desirability, and the fairness of life. 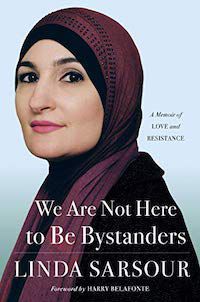 We are Not Here to Be Bystanders by Linda Sarsour

Activist Linda Sarsour shares her story of growing up as a Muslim American in Brooklyn and the journey that led her to become a leader in The Women’s March on Washington. With personal narrative, Sarsour explores everything from her decision to wear a hijab at age 19 to the effects of 9/11 and the toll of social justice work. We are Not Here to Be Bystanders is part memoir, part sociological analysis, and part rallying cry for standing up for what is right.

For more Asian narratives, check out our list of the best Asian American YA to read in 2020, or these recommended books to read for Asian Pacific American Heritage Month.