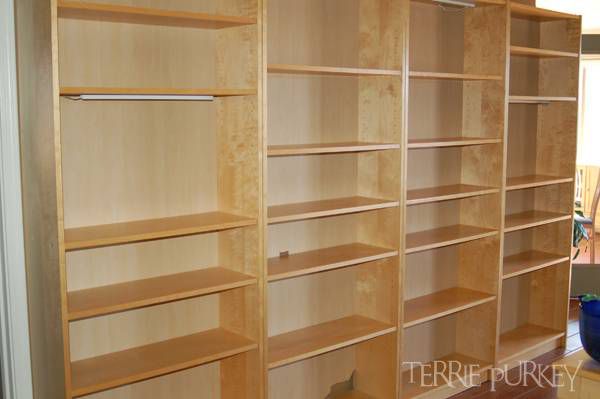 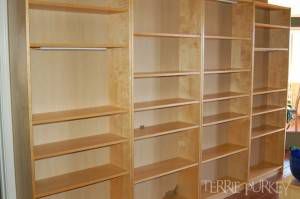 First, Book Riot asked me to join the team. And second, I signed a ton of paperwork and became a homeowner.

I always imagined that when I bought my own home I would make room for a library. Initially, this imaginary library was an entire room with built-in floor-to-ceiling shelves, ladders on wheels, antique globes, fancy stone bookends, and one large comfortable chair. When it looked like I’d be remaining a city dweller, I thought about putting those floor-to-ceiling shelves in every room although not on every wall.

However, a funny thing happened, something that I would not have predicted in a million years. As I began to pack, I began to get anxious. In addition to everything else there were one, two, three, EIGHT BOXES OF BOOKS! This should have made me happy but instead made me claustrophobic and a little pissed off – when was the last time I had read most of these? And had I even really loved them at the time?

For weeks the books sat in boxes, and I eventually realized I did not miss them. The stories were still with me, but the books as physical objects meant nothing to me. With a few exceptions, I could not tell you what book was in what box or what I even owned. For years, I kept and collected books to show off, to explain who I was, and because, like a hoarder, I might need these books for reference one day. But I don’t need things to define me, nor do I re-read books; so why was I hanging onto what were essentially dust collectors? Not only did all these books I was never going to pick up again take up space on my shelves, but the shelves took up floor space. Plus, the people who visit me? They know me without getting neck cramps reading titles to determine who I am.

The few books that were important to me were placed in a new box – the only one I would keep. Every book not in that box was resold to be enjoyed by someone else. I walked away, $70 in my hand, angry. Angry that the amount of money spent on books over the years could have gone to my housing fund and, in my new minimalist skin, angry at all the trees that had gone into the making of them.

I now have a very torn relationship with books. I ponder what this new approach to my life says about me as a reader. While I still visit the library weekly, I also fret over leaving my local bookstores to languish (as though I alone supported them) and whether or not an ereader is more eco-friendly than the heavy books I once lugged around on the subway.

Maybe loving books is not so simple. Just like a healthy relationship needs work and changes with time, so too does our relationship with the things we own as we try to define ourselves and not be defined by stuff. Simply owning books didn’t make me a reader. What did make me a reader was an insatiable appetite for new stories and the things they have taught me.