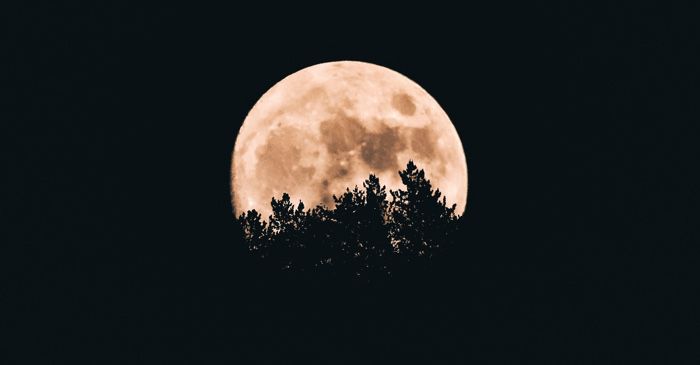 Where I grew up, fall is magical. The leaves turn all kinds of impossible colors, one particular species of gourd becomes an object of veneration, everything smells like slow-baked cinnamon and apples, and those who understand the importance of acknowledging the gathering power celebrate by donning one of two ritual garments: the “hoodie” or the “sweater.” As it happens, there are some fantastic graphic novels about magic with releases timed for what many of us actually find to be the most spellbinding time of the year. Here are some of my favorites: 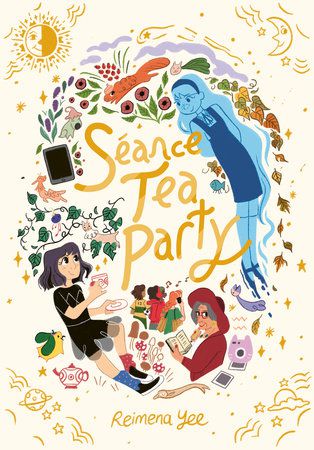 Twelve-year-old Lora’s friends have decided it’s time to grow up, and suddenly they’re too busy to play outside and go on imaginary adventures. Lora isn’t ready to give that part of herself away quite yet, though, and is thrilled when she makes contact with Alexa, the ghost haunting her house, during a séance tea party. Alexa can’t grow up, which Lora thinks sounds perfect, and the two vow to be best friends forever. Alas, nothing is truly eternal and both girls must learn that giving up one kind of magic may mean a painful separation, but it also gives one the space to discover something new. Touching and hilarious by turns (I really want to know what a “Mrs. Sexy Sea Cucumber” Halloween costume looks like), Séance Tea Party is a gentle introduction to love and loss for middle grade readers that manages to be both honest and hopeful. Yee’s art is extraordinary, all bold colors and rich tones that dance outside the confines of her panels in a way that makes the story even more special. 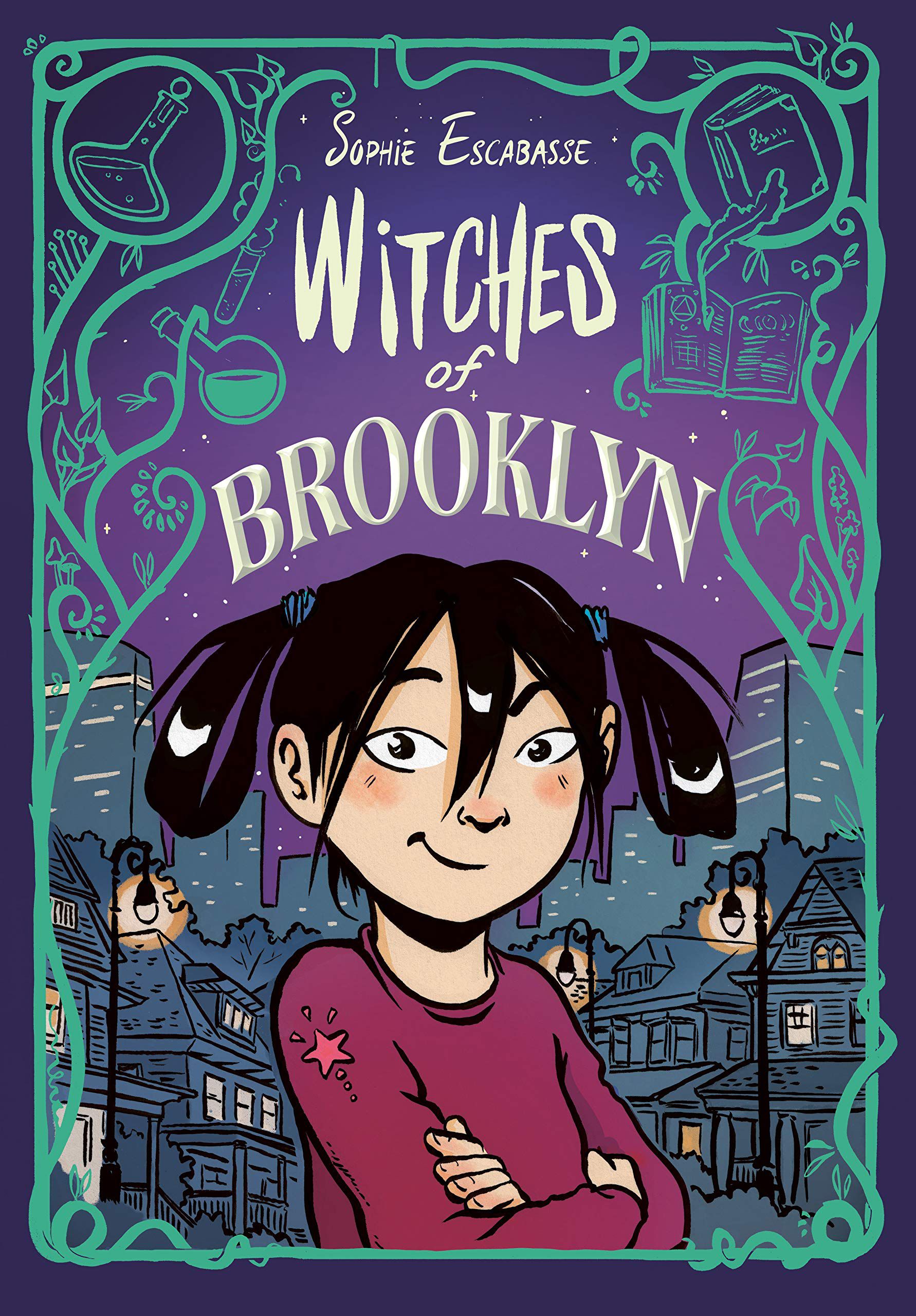 As they get to know one another, however, it turns out Effie, Selimene, and Carlota have a lot more in common than they initially thought. Mostly sass.

This graphic novel is absolutely delightful from start to finish and perfect for anyone awaiting the next installment of Witch Hat Atelier or the The Weirn Books. 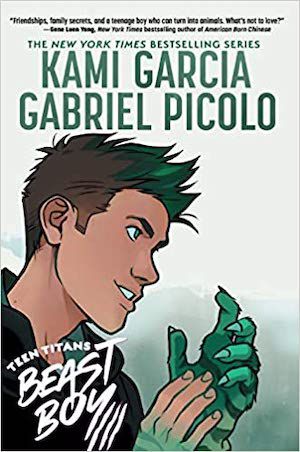 The thing that impressed me most about Beast Boy was Garcia and Piccolo’s ability to create a book that has a tone and aesthetic completely different from last year’s Teen Titans: Raven on which they were also the creative team. I’m interested to see how the two styles combine in the upcoming Teen Titans: Beast Boy Loves Raven.

As in Raven, Garcia has played with Gar Logan’s origin story and I don’t hate it. It’s theoretically going to change some very fundamental things about his development into a Titan, at least in this thread of the multi-verse, but I think that may very well be a good thing.

I’m also curious as to see who’s pulling Slade’s strings and exactly what his stake in all of this is. Also, poor Slade; I have such a hard time taking him seriously even at his biggest and most badass since Teen Titans, Go!: To The Movies. SLLLLLLLLAAAAAAAADE.

Crows. Handsome shapeshifting boys. Handsome boys who shapeshift into crows and swoop in to chat with other boys who have crushes on them.

Sounds quite magical doesn’t it?

Of course, this is manga, so there has to be angst and drama. Inusaki can understand birds but he has no intention of telling anyone that and, for the most part, he hates his ability. And the crow sounds a lot like his landlady’s incredibly handsome, popular son who Inusaki doesn’t even know how to approach, and that isn’t possible…is it? And what the hell is he supposed to do about having a crush on a crow? Or the boy who sounds like the crow? Wait, which one does he have a crush on again?

No one ever said living in a magical world was easy. 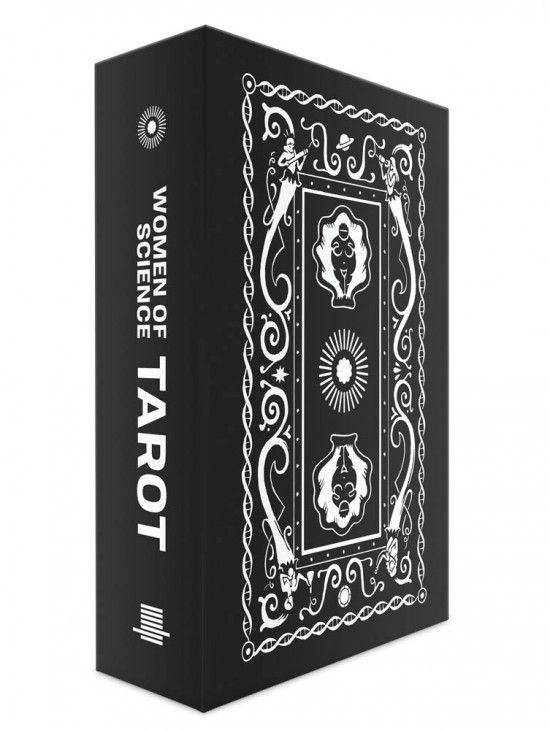 Women of Science Tarot by Various, Illustrated by Mattero Farinella (All Ages)

If there’s ever been a perfect fusion of magic and science, it’s this tarot deck. A centuries old method of divination with the traditional number of cards (78; 22 major arcana and 56 minor arcana) and suits (4), but with those suits renamed as: nano, micro, macro, and astro and the cards decorated with renderings of women from all ages and fields of scientific discovery: Ada Lovelace to Merit-Ptah, Janaki-Ammal to Marjorie Lee Browne, Marie Maynard Daly to Helen Rodríguez Trías to Wang Zhenyi. My favorite? The Hanged Man is Schrödinger’s Cat. I also love that the instructional booklet talks about tarot cards as “plot points of a story you tell yourself or a friend.” For what are our stories if not compilations of our past, present, and future? 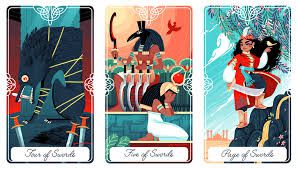 Tarot of the Divine by Yoshi Yoshitani (All Ages)

As it turns out, Yoshi has also illustrated a graphic novel about magic (Zatanna and the House of Secrets), but I want to showcase Yoshi’s absolutely magical Tarot of the Divine because it is like no other deck I have ever seen. There is something so singular about Yoshi’s style, the color palette, the lines that brings these characters from mythology and folklore to life more vividly than any other work I’ve seen. Like the Women of Tarot deck, the Tarot of the Divine is simply begging to tell someone’s story and you from the moment in lands in your hands, you’ll feel like it knows yours.

Happy magic season everyone! Hope you find something to make it spectacular!