I remember the very first full-cast audiobook I listened to: It was Daisy Jones and the Six, and I was absolutely blown away with the book, but what made it extra special was having so many narrators for all the characters. I could see the book playing out inside my own head. Many readers may have had this same experience, with this book or another, and it seems every year we are getting more and more audiobooks with a full cast experience — that is, many narrators to represent different characters in the books, rather than just one narrator for the entire novel.

A narrator can make or break the audiobook, and having several perfect narrators for a book can make the reading experience that much more amazing. With a full cast of narrators, a book can come to life in totally new and unexpected ways (and may even help newer audiobook readers to transition into the audiobook life — having different voices for each character can help readers differentiate and focus between dialogue).

Here are 10 new full-cast audiobooks to keep on your radar if you love a multiple-narration-style read. For the parameters of this list, I’ve chosen books with three or more narrators, and I’ve stuck with books published in 2021 and 2022. (For full-cast audiobooks from 2020, check this list out!) 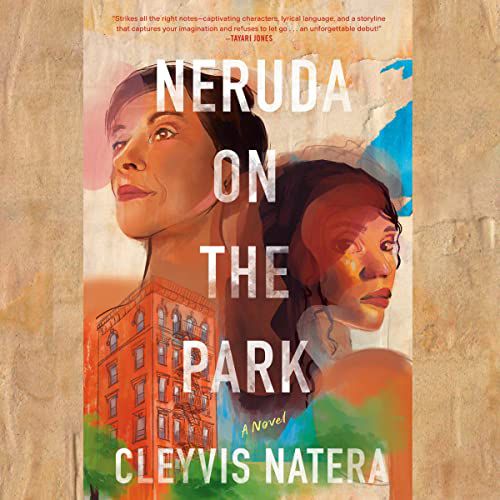 This debut novel follows the Guerreros, a Dominican family living in Nothar Park in NYC. Their community is largely a Dominican one, and they’ve been there for generations. But when demolition and construction begins close by, things could change for the community, and everyone has their own ideas of how to stop the development of new luxury high-rises. It’s a generational portrait but also a portrait of a close-knit community and the ties people can have to place. 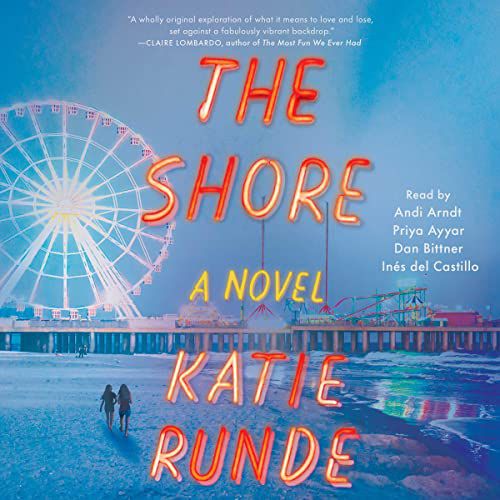 A quintessential summer beach read set over the course of one summer, this book is about a mother and her two daughters all dealing with love, heartbreak, and secrets. The Dunne family lives in Seaside, a touristy beach town, and they own a company that turns over rental houses for tourists. But this summer is different. There are new responsibilities for the Dunnes, and it’s a lot to take on, especially for the women of the family. They each begin to cope in their own ways. 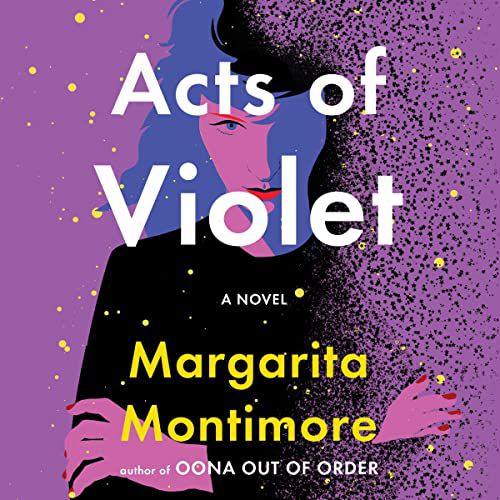 Violet Volk has been missing for a decade — since she vanished mid-performance, no one has seen or heard from her since. Violet was a famous magician, an icon, a legend to some, and even though she’s gone, she’s certainly not forgotten — especially not by her sister Sasha, who she left behind, and who everyone accuses of having something to do with Violet’s disappearance. 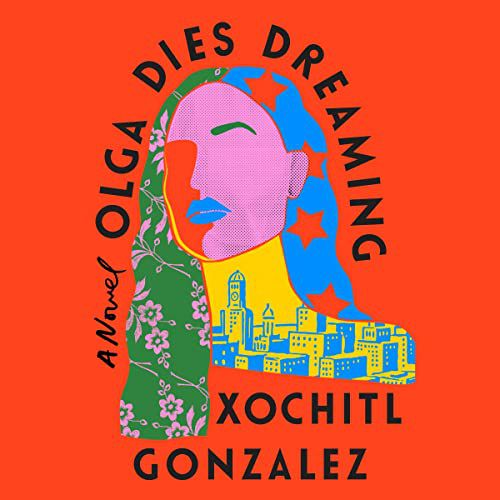 Siblings Olga and Prieto are big names in their hometown, a Latine neighborhood in Brooklyn, and they’re both doing big things. But behind the scenes, it’s a little messier. When they were young children, their mother, Blanca, left them with their grandmother to pursue a militant political cause, and she’s come running back into their lives with no warning. The book is set in 2017 on the eve of Hurricane Maria, one of the most brutal and devastating hurricanes in Puerto Rican history, and is about corruption and strife and storms, both in nature and in our own families. 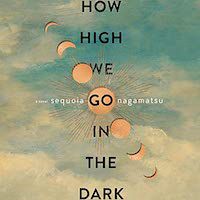 How High We Go in the Dark by Sequoia Nagamatsu, Narrated by Julia Whelan, Brian Nishii, et al.

This novel is a series of interconnected and also separate human lives and experiences, all wrapped around a singular event. When archaeologists uncover perfectly preserved remains in the Arctic Circle of a girl who seems to have died from an ancient virus, life begins to change for everyone. This new Arctic Plague could and does change life as we know it for good, and no one’s lives are the same, even years or decades later. 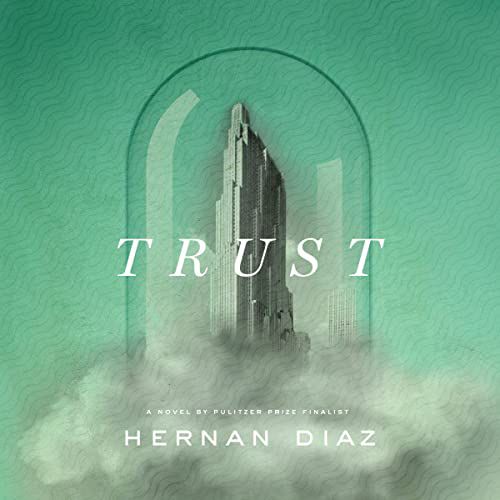 Everyone has heard of Benjamin and Helen Rask. They’re at the top of their game and the top of their industries. They are in the circles of extreme elites and wealth. But of course, that also means they have secrets, and as those secrets start to seep out into the world, people begin questioning everything. This is the story many New Yorkers have read: a novel published in 1938. But it’s not the only version. 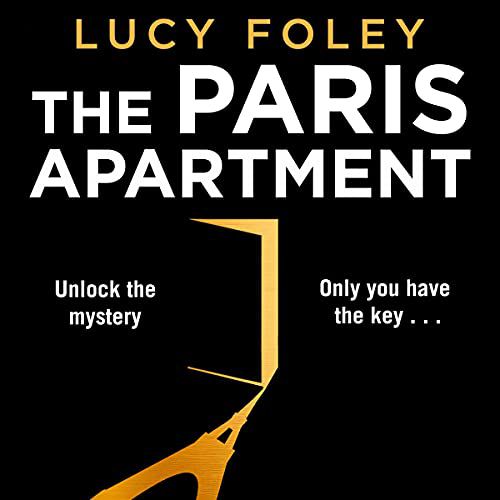 Jess has been having a hard time: she’s unemployed and broke, and she desperately needs a fresh start. When she asks her half-brother Ben if she can stay with him for a while in Paris, he doesn’t sound thrilled, but he also doesn’t say no, so Jess finds herself headed his way. But when she arrives to his apartment — his unusually luxurious apartment — Ben is nowhere to be found. As the days pass, Jess begins to get more worried and feel like she needs to figure out where Ben is, and soon. Backlist bonus: Lucy Foley’s The Guest List is also a full cast audiobook thriller! 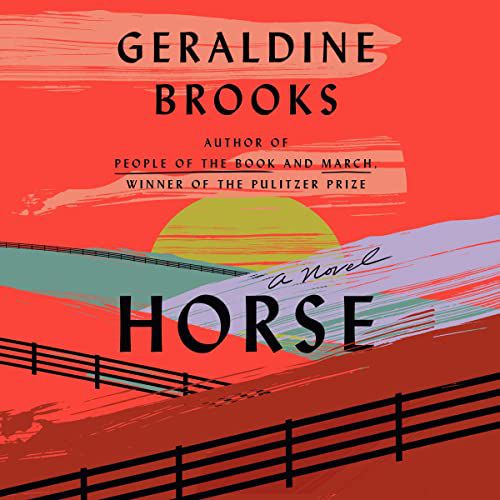 Set across multiple times in multiple storylines, this new audiobook follows characters connected through one thing, but they don’t know or understand it. In Kentucky in 1850, an enslaved man named Jarret forms a bond with a record-setting horse, and they cross paths with a young artist who paints the horse, as the nation erupts into civil war. In New York in the 1950s, a gallery owner discovers an old oil painting with a mysterious background, and in present day Washington, D.C., two professionals — a scientist and an art historian — become entwined while obsessively researching one horse’s past. 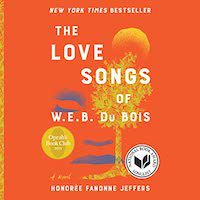 If you’re intimidated by the more than 800 pages that make up this book, the audiobook may be perfect for you to tackle this epic of one American family through centuries of history. Ailey grows up in both the north and the south, struggling to make sense of her own culture and place. During the summer, they stay in Georgia, where her mother’s family has lived since their ancestors arrived from Africa, enslaved. To learn more about herself and her own identity, Ailey dives into her family’s past in order to better make sense of her present. 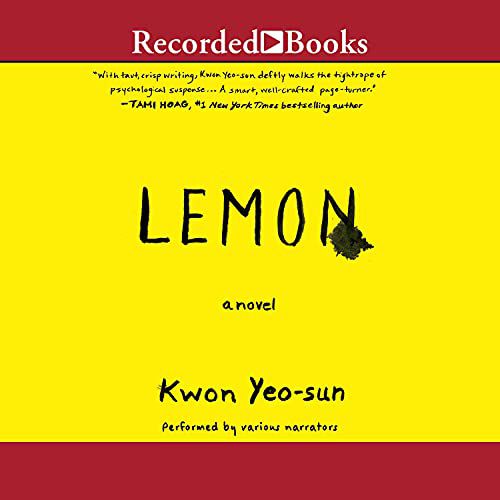 It’s the summer of 2002, and Kim Hae-on is a 19-year-old woman found murdered in what becomes known as the High School Beauty Murder. At first, authorities have some suspects, but after they have alibis and no evidence, the trail goes cold. Almost two decades go by with no movement on the case, and no closure for the close family and friends of Hae-on. Her younger sister, in particular, is never able to move on, and she’s determined to figure out what happened to her sister once and for all.