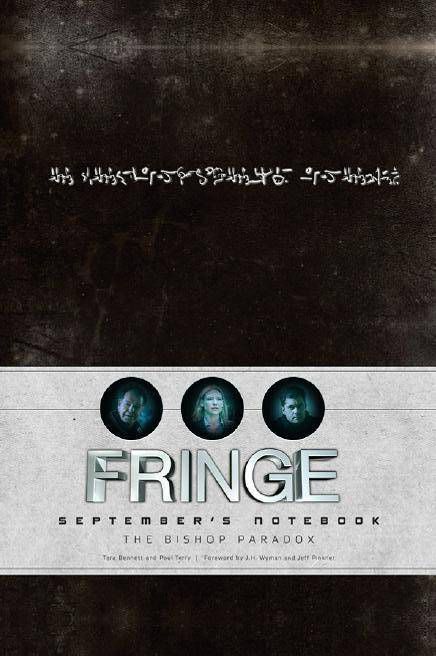 When I was at New York Comic Con last year, one of the first stops I made was at the Insight Editions booth. Those guys, along with the folks at Titan Books, sure know how to do fan service right. Their lists are always chock full of big, gorgeous art and pop culture books. Pick up any of them, and you just know they spend a lot of time on each and every title. Great attention to detail, fantastic art direction, and stunning special editions made just for collectors.

According to a press release, Insight Editions teamed up with Warner Bros. and Fox to put out this work, integrating the book into the canon of the television program. The character of the Observer “chronicles not only the main characters’ personal stories but also elements of the show’s mythology,” creating a guide to the entire show with concept art, photos, and quirky little behind-the-scenes facts.

The book was shown off at New York Comic Con (co-authors Tara Bennett and Paul Terry, who also wrote the Lost Encyclopedia, were signing prints of the cover) and has been available to pre-order since earlier this year, so this has clearly been in the works for a while.

Really, this blows my mind.

Sure, we’ve seen books help expand on the universes of programs that have been canceled before their time. Look at the Joss Whedon’s amazing Serenity comics or the Civil War series for Jericho. And there are books that get mentioned in a show, that later become real. Like The Bro Code from How I Met Your Mother.

But a book being built in to a show? According to a press release from Warner, this is the “world’s first fully integrated licensed publication that has emerged from within the television series’ storyline itself.”

So yeah, looks like Insight is making some huge, incredible moves in terms of fan service. What do we think of this? And what television shows would you like to see do this? Me? I would have loved to see a book built into Battlestar Galactica.