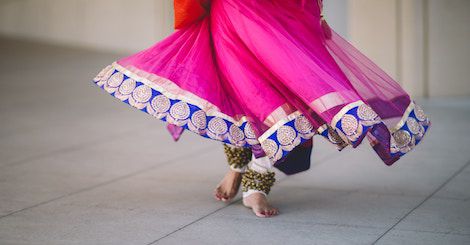 Romantic comedy movies are having a resurgence with the popularity of films like Crazy Rich Asians and To All The Boys I’ve Loved Before. It’s no coincidence that these new movies feature multicultural casts — combining diversity with cozy rom com tropes opens the genre up to a wider audience than ever. So it comes as no surprise that bookshelves are filling up with diverse romantic comedies in book form. These five new and upcoming books, written by authors from a variety of cultural backgrounds, show how generational and culture clashes can heighten the stakes in any romcom… and lend a fresh new twist on Happily Ever After. 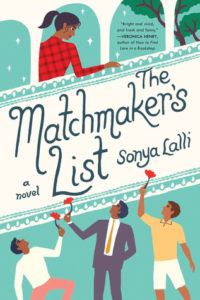 Raina Anand may have finally given in to family pressure and agreed to let her Indian-immigrant grandmother play matchmaker, but that doesn’t mean she has to like it–or that she has to play by the rules. Because what Nani doesn’t know won’t hurt her… As Raina’s life spirals into a parade of Nani-approved bachelors and disastrous blind dates, she must find a way out of this modern-day arranged-marriage trap without shattering her beloved grandmother’s dreams. 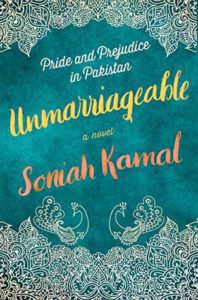 In this one-of-a-kind retelling of Pride and Prejudice set in modern-day Pakistan, Alys Binat has sworn never to marry—until an encounter with one Mr. Darsee at a wedding makes her reconsider. Told with wry wit and colorful prose, Unmarriageable is a charming update on Jane Austen’s beloved novel and an exhilarating exploration of love, marriage, class, and sisterhood. 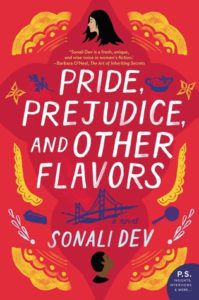 Pride, Prejudice, And Other Flavors by Sonali Dev (May 2019)

Being an acclaimed neurosurgeon isn’t enough to to impress Trisha Raje’s immigrant family. Up-and-coming chef DJ Caine has known people like Trisha before, people who judge him by his rough beginnings and place pedigree above character. He needs the lucrative job the Rajes offer, but he values his pride too much to indulge Trisha’s arrogance. And then he discovers that she’s the only surgeon who can save his sister’s life. As the two clash, their assumptions crumble like the spun sugar on one of DJ’s stunning desserts.

Ayesha Shamsi lives with her boisterous Muslim family and, though lonely, doesn’t want an arranged marriage. Then she meets Khalid who is just as smart and handsome as he is conservative and judgmental. When a surprise engagement between Khalid and her cousin Hafsa is announced, Ayesha is torn between how she feels about the straightforward Khalid and his family; and the truth she realizes about herself. But Khalid is also wrestling with what he believes and what he wants. And he just can’t get this beautiful, outspoken woman out of his mind. Amy Pascal’s production company picked up the film rights for this one! 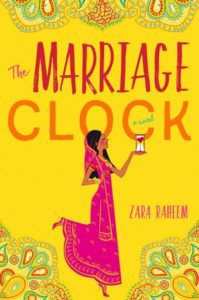 To Leila Abid’s traditional Indian parents, finding a husband in their South Asian-Muslim American community is as easy as match, meet, marry. But for Leila, a marriage of arrangement clashes with her lifelong dreams of a Bollywood romance. She makes a deal with her parents: they’ll give her three months to find a husband on her own terms. But if she fails, they’ll take over and arrange her marriage for her. And so she embarks on a mission to satisfy her parents’ expectations, while also fulfilling her own western ideals of love.

Looking for more rom com delightfulness? Check out our list of 11 New Chick Lit Books For Anyone Who Misses Bridget Jones!