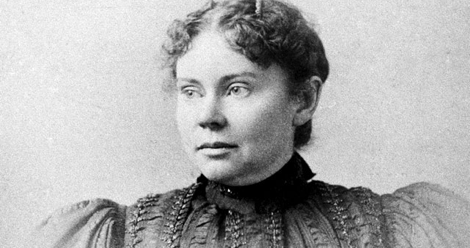 With the new widespread popularity of podcasts like My Favorite Murder, Serial, and S-Town, true crime has never been more mainstream. This explosion of popularity has brought new attention to historical crimes, such as the Whitechapel murders by Jack the Ripper, H.H. Holmes’s Chicago murder hotel and the deaths of Abby and Andrew Borden. Despite being acquitted of murdering her father and stepmother, Lizzie Borden remains infamous today for her connection to the crime. The dissonance of a seemingly dutiful turn-of-the-century woman being accused of a gruesome familial murder still captivates scholars of forensics, psychology, and history—along with those curious about what really happened in the Borden house. These recent books frame her life and actions through a contemporary lens, allowing readers to choose their interpretation of who Lizzie really was, and whether or not she committed this infamous crime.

The new historical thriller See What I Have Done by Sarah Schmidt presents the Borden murders in a contemporary, grip-lit style with multiple narrators of whom Lizzie is not the only unreliable one. Boasting a blurb from The Girl on the Train‘s Paula Hawkins, this is a fictionalized Lizzie for the Gone Girl generation. 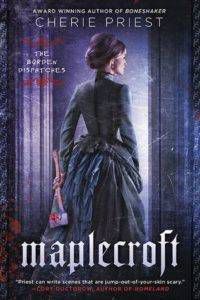 The Borden Dispatches series by Cherie Priest shares its story in letters and diary entries from a Lovecraftian version of 1900s America. Here, Lizzie is absolutely guilty of the murders, but she committed the crime to help rid the world of evil…and may need to kill again. 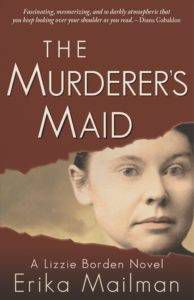 The Murderer’s Maid: A Lizzie Borden Novel by Erika Mailman

Erika Mailman’s upcoming novel The Murderer’s Maid: A Lizzie Borden Novel (October 2017) sounds sure to offer a new interpretation. This work interweaves Lizzie’s story, as told by her maid, Bridget, with the contemporary psychological thriller of a modern-day woman on the run for her life. 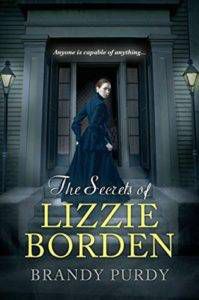 The Secrets of Lizzie Borden by Brandy Purdy

This novel digs into Lizzie’s imagined inner life, focusing on her suppressed emotions and family situation to contextualize her alleged crime. This is a deeply personal, intimate exploration of what drove a seemingly dutiful daughter into a notorious killer. 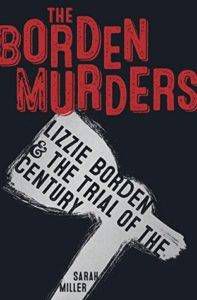 This narrative nonfiction treatment outlines the facts of the case in chronological order. Using the newspaper stories that form most of our modern understanding of the crime, Miller sorts fact from fiction, and as a legal battle gets under way, a portrait of a woman and a town emerges.