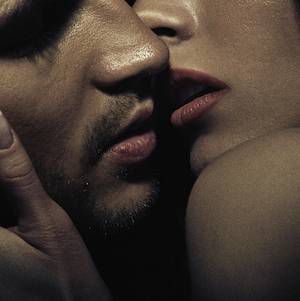 For those who read romance, New Adult is a relatively new subgenre of romance that exploded onto shelves in the past year and a half. Don’t ask me how this happened, as I’m still trying to figure out where it came from and how it developed so quickly. Maybe it was one of those things that was always around and suddenly became popular, but I couldn’t remember reading any similar romances that fulfill the New Adult “requirements” in my decade or so of reading romances.

For the most part, New Adult books are usually set in college or with one or more characters that are college-aged. They are almost always in a contemporary setting, because typically historical heroines are “college-aged,” but there are certain gender restrictions on women during historical time periods. I’ve talked about the genre and how much it perplexes me on a previous Dear Bitches, Smart Authors podcast and attended a Publishers Weekly webcast last September titled “New Adult: A Genre is Born,” which featured four NA authors. Unfortunately, I don’t think the webcast is still available for listening.

New Adult is all about new experiences. These characters are “new adults” and I understand why college is such a popular setting. This is usually the first time where teens leave the protective nest of their parents’ homes, maybe have first loves or first sexual experiences, and where they (hopefully) become individuals with agency and purpose. College is definitely a big mess, but it’s also a big learning experience.

With me only being twenty-six and just finishing a graduate degree, I figured that the whole university experience would still be fresh for me. I went to a big school in the South and then to college in the Northeast. I had more college experience than my bank account would have preferred, most likely.

However, out of the twenty or so NA romances I’ve read, I’ve hated most of them and I’m desperately trying to figure out what about the genre and me just isn’t meshing. Time and time again, I’ll pick up another New Adult romance, hoping to find the one that makes it all stick, only to realize that I’m just some sort of twisted, reading masochist.

Is twenty-six too old to recapture those shared experiences of college and new adulthood? I don’t think so. I mean, plenty of adults read young adult novels. They identify with plots and the characters because there are certain universal emotions or concepts that we experience as we develop.

But I also find myself grumbling at the dialogue and speech in NA, like some sort of crotchety old woman telling kids to get off her lawn. I’m constantly making a comparison between the book and my experiences. Do people really talk like that in college? Did I talk like that as a sophomore? No, but then again, I was always a bit of a surly girl.

New Adult also has a common theme of trauma. In terms of the twenty books I’ve read, I would say over half of them use trauma as part of a character’s backstory or as a plot device. Rape and sexual assault are frequent as part of New Adult characterization. I’m not saying this is out of the realm of a college setting. Turn on the news and you’ll know that it’s a very real and present problem. I can also personally attest that it’s a problem. However, sometimes I don’t want to read about a young woman in college who has been raped or attacked and feels broken, especially when five other books are doing the exact same thing.

As trope heavy as romance is, many authors find ways to enrich them or turn them into something new. And in terms of “rape as backstory,” there is one New Adult book that I will always recommend for this and that’s The Deal by Elle Kennedy. The heroine comes to terms that this event is a part of her life and a part of her, and the way she talks to the hero about this is very mature and so well done.

I don’t like to give up easily on this and I’ll probably return to the genre at some point. I’ve found that I prefer my NA heroines on the older end of the college spectrum – more junior/senior rather than freshman/sophomore – but that’s it. If I see a new book shelved as New Adult on Goodreads, I tend to be more way of the title because of my overall experience reading these romances.

But for now, I’m sorry New Adult. I know there are a lot of readers that love you and I wish I were one of them. However, I think it’s best that we take a break for a while. See other people. Really, it’s not you. It’s me.