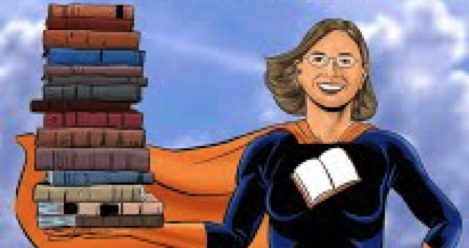 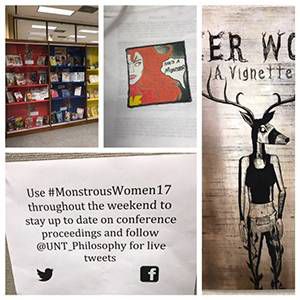 Academic scholarship and research around comic books and graphic novels is still a relatively small, if growing, field with few opportunities for gathering with like-minded comic studies enthusiasts. While many comics fans have a passing knowledge of The Comics Arts Conference associated with Comic-Con in San Diego, few realize the depth of comic scholarship at universities and colleges throughout the world. Enter the Monstrous Women in Comics Conference, a two-and-a-half day interdisciplinary academic conference on comic books and graphic novels held last month at the University of North Texas. 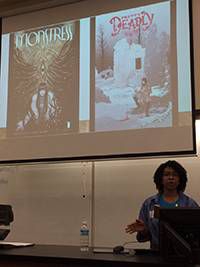 I was lucky enough to both attend and present at the conference. The theme of “Monstrous Women” encompassed characters and creators across the spectrum of visual narrative, leaving presenters free to deconstruct and define their own sense of what makes a monster. Panels were organized around various topics including body image, maternity, childhood, and power. Stand out presentations such as Dr. Elizabeth Coody’s “Rewriting to Control: How the Origins of Harley Quinn, Wonder Woman and Mary Magdalene Matter to Women’s Perceived Power,” Dr. Samantha Langsdale’s “Between Lunella Lafayette and Quvenzhane Wallis: Examining the Progress and Challenges in Monstrous Black Girl Narratives,” and Ayanni Hanna’s “There is More to Me than Just Hunger: Female Monsters and Liminal Spaces in Monstress and Pretty Deadly” exemplify the high caliber of work being produced in comic studies. 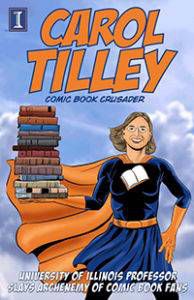 The keynote speech of the conference, “A Regressive Formula of Perversity: Fredric Wertham and the Monstrous Women of Comics” by Dr. Carol Tilley gave me an opportunity to wave my academic fan girl flag. If you are unfamiliar with Dr. Tilley, not only does she run the We Need Diverse Comics community, but she’s the comics scholar whose groundbreaking work demonstrated that Fredric Wertham, author of Seduction of the Innocent and general comic book adversary, “misrepresented his research and falsified his results.” Werthan, a McCarthy era psychiatrist, maintained that reading comic books lead to juvenile delinquency. Tilley’s talk focused not only on Wertham, but his views on female characters in comics and his work with fellow psychiatrist Hilde Mosse. 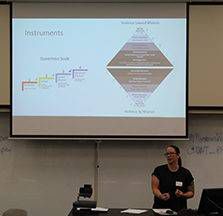 Perhaps the most rewarding aspect of the Monstrous Women in Comics conference was the true interdisciplinary nature of those gathered. Something comics studies does better than many academic conferences, given the broad scope of interweaving text and art inherent in comic books and graphic novels. While hosted by several members of the Philosophy department at UNT, faculty and graduate students from Religion, Film and Media Studies, English, Higher Education, Art History, and Women and Gender Studies departments contributed to panel discussions and presentations offering a wide variety of styles, methodology, and knowledge. Where else might one analyze the of the portrayals of Bolivian Cholas within sequential art and themes of Foucauldian punishment used in Bitch Planet in the same afternoon? I left Texas feeling invigorated by the discussions I had, the scholars I met, and the future research that will surely result from many of those gathered at this academic conference on comic books.