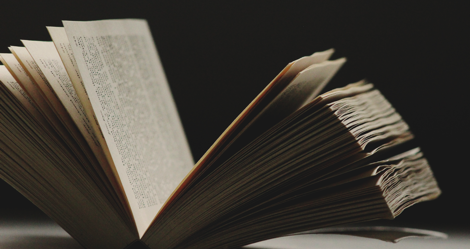 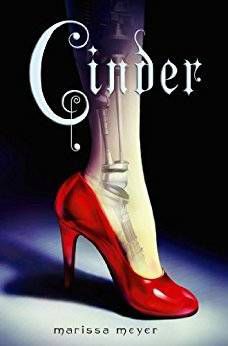 Recently I read Cinder by Marissa Meyer for the first time. The book is loosely based on the Cinderella story, but it doesn’t truly follow that storyline. The main character is a mechanical android who finds herself amidst a plot to overthrow the newly crowned King. It’s a super compelling read, but the only thing that I was able to do right from the beginning was predict the end. There was even a moment when I was reading that I was sure I would be wrong, but right within the last ten pages, my theories were true.

If you’re a reader and you enjoy books, you probably have basic criteria of what is a good read for you. For many people, it’s a combination of gripping plot line, strong character development, and a writing style that flows naturally throughout the story. However, there isn’t very much criteria for the predictability of the plot and what will happen.

When I’m reading a story, I create theories in my head on how this story will go. They can’t be considered spoilers because I don’t know what this book will be about. Perhaps that theory dawns on me early on, but I wouldn’t say that it will ruin the book. Sometimes the story is easy to predict with only a few pieces of information fed to you in the beginning of the book. Other books are intricate webs that weave themselves through a series of novels and you never know what the true ending is until you’re finally at the end. Can you imagine reading an entire series only to prove that you were right at the beginning?

Many people consider a book with a predictable ending to be bad because of its predictability. Great novels have been dinged in their reviews just because we were able to figure out who did what before the book figured it out. However, there’s one singular similarity that we tend to look over when it comes to predictable books: it’s about the journey, not the destination.

Even if the story is predictable, I find myself continuing to read the book. I don’t just pack it all up and say “nice try, but I figured it out” once the predictable end meets. I want to read if I’m right. I want to read and see how the author approached the story and how it all works out in the end. Predictable reads are just that: theories you make up about how things will turn out. Sometimes you’re right and sometimes you’re wrong, but you need to actually read the book to find out. It’s almost like reading a grammatical error that the editors might have missed. It’s a little quirk of the book, but it doesn’t throw the book out the window. Which is why it doesn’t serve anyone to say that a book is bad because it’s predictable. It should be bad because the book doesn’t reach the criteria of a good read.

But the process of writing isn’t easy. Authors need to incorporate so many literary tools in order to make their books feel cohesive and lack any plot holes. I think it’s far worse to get a book that feels lacking on one character than figuring out that he was the guy that killed the other guy. Who knows, perhaps authors use predictable plots as a device to get it out of the way. Oh, you’re going to find out that the main character is really adopted. Now let’s see what happens when she finds out.

All of this to say, give predictable books a chance. Even if you’re reading some convoluted mystery, you still want to see what will happen at the end. This goes double if the story is compelling enough to continue reading. Perhaps the books that are predictable are also poorly written, but there’s just no way of knowing without reading it first.