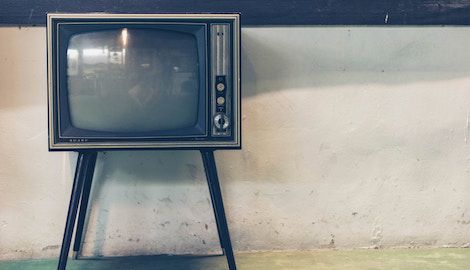 Two major Netflix adaptations were announced this week: a new version of Daphne du Maurier’s Rebecca, directed by Ben Wheatley and starring Lily James and Armie Hammer, and a series adaptation of Wild Cards, the long-running (seriously, 1987–present) anthology series edited by George R.R. Martin (you may have heard of him).

I am pretty excited about Rebecca, pending proper casting for Mrs. Danvers, but what I really want to talk about is Wild Cards. I read the first book in the late ’90s and fell madly in love, only to read on in the series and fall right back out of love. But wait, let me give you a quick overview first.

A Quick Overview of the Wild Cards Universe 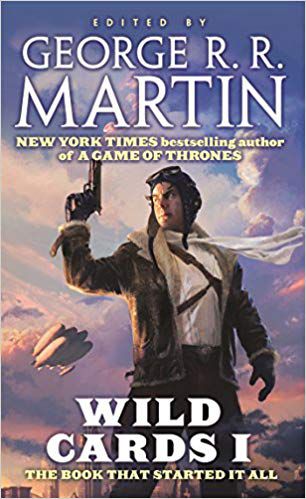 “There is a secret history of the world―a history in which an alien virus struck the Earth in the aftermath of World War II, endowing a handful of survivors with extraordinary powers. Some were called Aces―those with superhuman mental and physical abilities. Others were termed Jokers―cursed with bizarre mental or physical disabilities. Some turned their talents to the service of humanity. Others used their powers for evil. Wild Cards is their story.” —description from Amazon.com

So, the first book is historical fiction, starting during World War II with Jet Boy, progressing through the ’50s and giving a new twist on the House Un-American Activities Committee hearings with Golden Boy, and introducing characters I loved, like Croyd, the teenager who sleeps for months at a time and wakes up with a new form every time. After that first book, the stories carry on in modern times, progressing in real(ish) time and focusing on characters both established and new…but most of the characters I had come to care about were written out, and there was entirely too much focus on tantric sex (yes, really). I lost interest, but remained in love with the premise.

The books—at least the early ones—are pretty dude-heavy, and white dude–heavy at that, but the constant present of writer, co-editor, and now executive producer Melinda Snodgrass kept them from being a total dudetopia. (I assure you that is a play on dystopia, not utopia.) The more recent series is far more inclusive, with authors like Saladin Ahmed picking up where the series left off and carrying on.

The Benefits of Anthology Series

An anthology series has the opportunity to pick and choose from the source material, making the best possible show by telling stories in snippets rather than in full. What I’m saying here is they can skip the tantric sex. Will they? Probably not. But they CAN.

Book Anthologies and Series for Netflix to Adapt

Hear me out. I love the ’80s miniseries. I love Anne with an E. But wouldn’t an adaptation of selections from the entire book series be delightful? Yes. Yes, it would. My favorite episode is already “Averil’s Atonement, or, Diana Sends A Letter.”

I’m talking the Robert E. Howard Conan, not the Arnold Schwarzenegger one. Originally written as short stories, these would make a great anthology, hopefully with some of Howard’s other heroes thrown into the mix (I’ll speak plainly: I mean Red Sonja) and without any of his weird racism (do not @ me, he literally made up racist stereotypes).

Listen, it is ridiculous that studios keep making these as feature films. Ridiculous. It needs to be a series so we can get to Eustace and Jill. (NB: hire an Arab writer and director for The Horse and His Boy, for the love of god.)

This detective series could be the dramatic sister of Miss Fisher’s Murder Mysteries, and I would watch the hell out of it.

Honestly, I could have just listed this one. Retellings of Asian mythology and fairytales by contemporary Asian authors (with some new stories as well if I am not mistaken), this book just begs to be put on TV as the new Fairy Tale Theatre.

This trilogy isn’t really suited to an anthology, so it’s kind of a cheat, but how fun would this be as a Veronica Mars–style series?

If Narnia gets on this list, so must this brilliant answer to Narnia.

Another one that was made into a feature despite its obvious series potential. The book is written as an oral history, making it necessarily anthologizable. (That’s a word.)

I was originally planning to include these books, which I love and could absolutely see anthologized for television, but, um…the CW agrees with me.

Also there will be more of that other George R.R. Martin series, I guess.

The trailer for Dumplin‘ is everything.