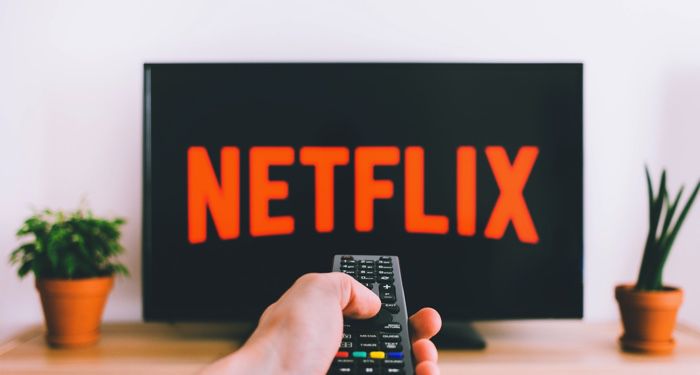 Hi Netflix, I come to you today with some suggestions for LGBTQ+ books and graphic novels to adapt into films. Also, please populate the roles with queer actors!

Back in February 2021 (feels like eons since then), CNN reported on the findings of The Netflix Diversity Audit. Long story short? While Netflix improved in certain areas, it still needs to do more. Here at Book Riot, we’ve already posted some suggestions of works you can adapt to fill those gaps: queer, Black, multicultural romances, Latinx-led adaptations, and stories focusing on disabled people. But that is not all, my friends. We want more. And, in my case, I want more LGBTQ+ books turned into movies. 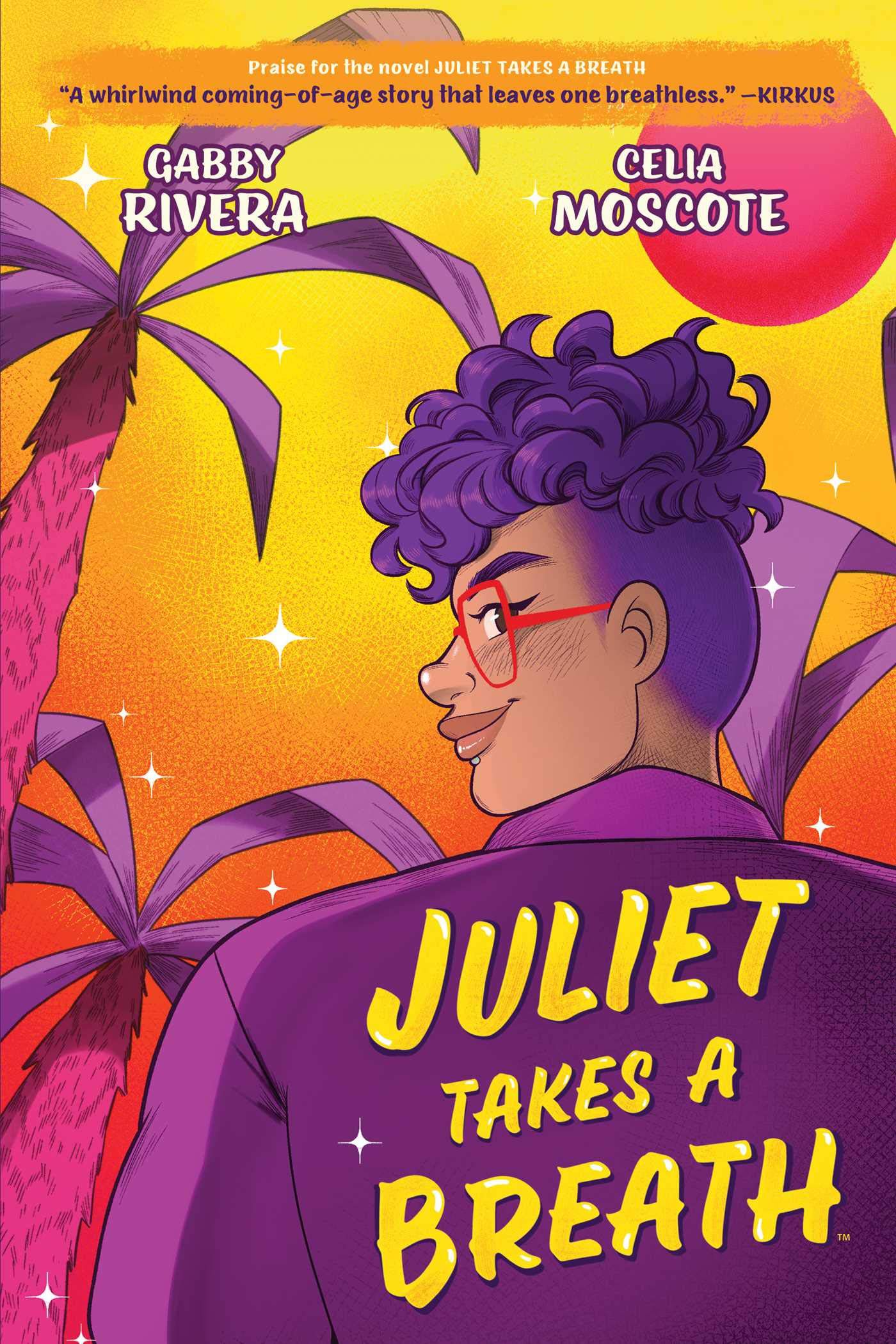 Juliet Takes A Breath by Gabby Rivera and Celia Moscote

This exists in both book and graphic comic form, but I consumed it in graphic novel form so I will base my feelings on that version. Juliet is a queer Puerto Rican woman from the Bronx, and she takes off for a summer internship in Portland with Harlowe Brisbane, the white feminist author of Raging Flower: Empowering Your Pussy.

We all love a coming-of-age experience, don’t we? In Juliet’s case, she meets and joins a community of brilliant, queer Black writers, dates a sexy library intern named Kira, becomes more comfortable in her body, and learns about intersectional feminist ideologies. What. A. Summer. Additionally, there is an insightful critique of “white women feminism” that is very necessary. 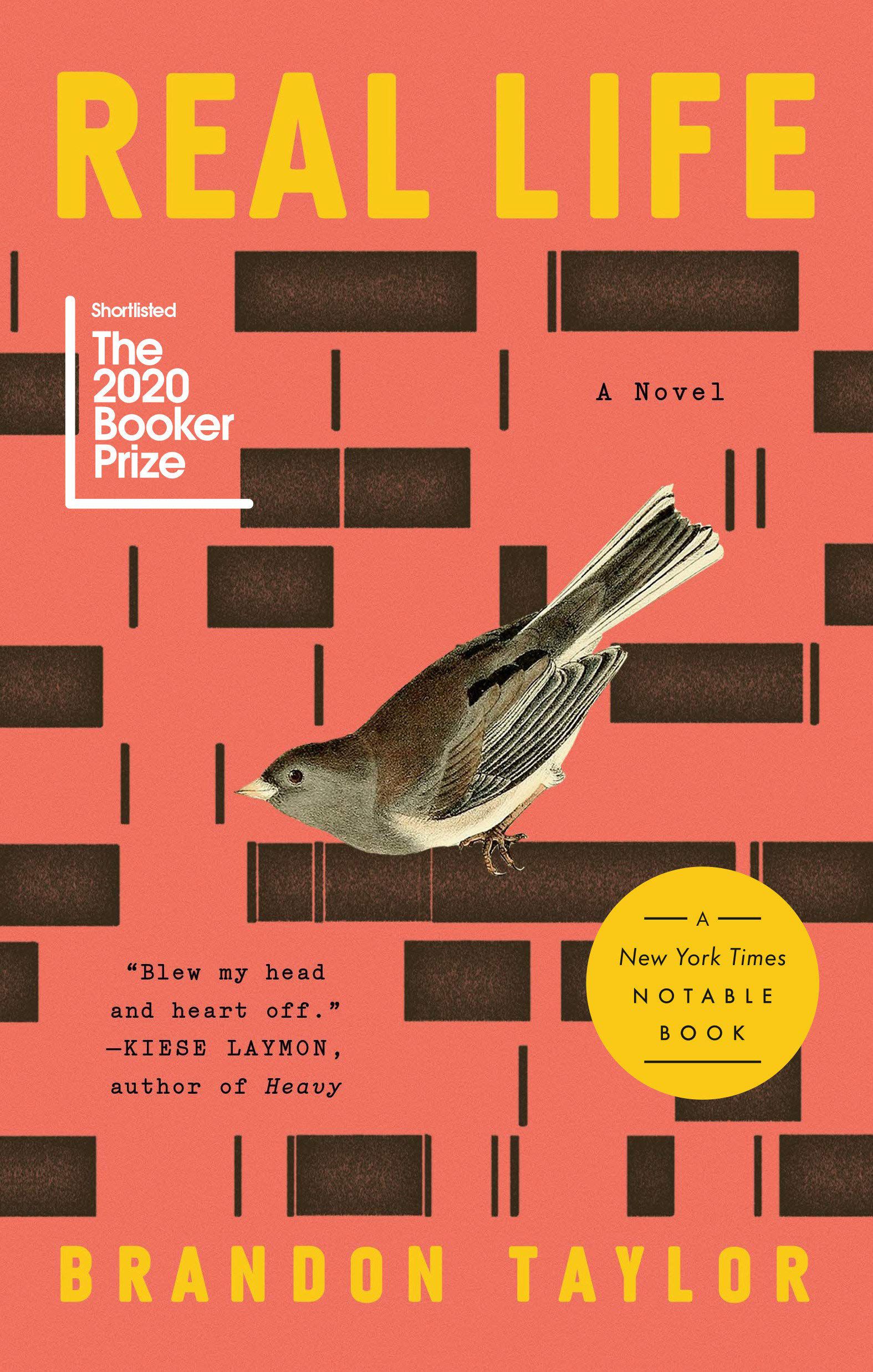 The writing in this book is vivid and breathtaking, and Taylor’s attention to detail gives each moment a cinematic quality. In this semi-autobiographical story, Wallace is a gay, Black doctoral student living in a predominantly white Midwestern town while he finishes his PhD.

As a shy young man from Alabama, he wrestles with various complexities as he tries to decide what he wants to do with his life. There’s a confusing tryst with an ostensibly straight friend, the frustration of a mysteriously failed study, and the pressure to respond politely to constant microaggressions in his friendships and working relationships. On the whole, the book is unputdownable and, in the right director’s hands, a movie version would be gorgeous. 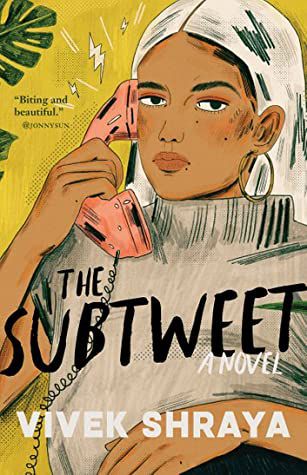 Neela and Rukmini are two South Asian women musicians who form a strong friendship after Rukmini covers one of Neela’s songs. Unfortunately, while Rukmini’s star is rising, Neela continues to struggle at achieving success. Eventually, the tension builds until a single tweet causes a potentially irreparable rift between them.

The music scene that they inhabit is vibrantly portrayed, as the two women struggle to make their way in a frustrating, difficult industry. This is a layered, fast-paced novel dealing with friendship, race, career, and art. 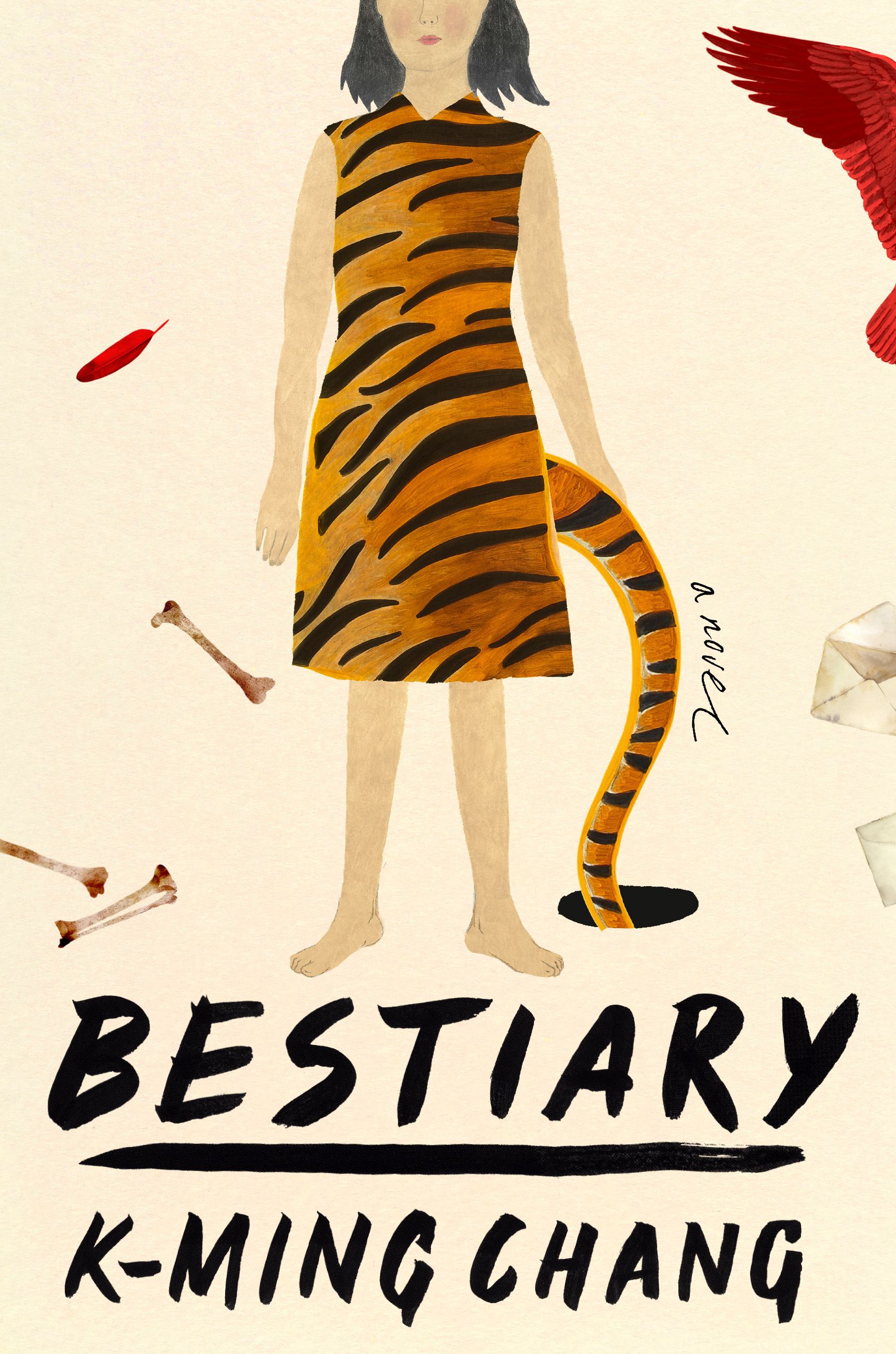 Nominated for a slew of awards, the story follows three generations of Taiwanese American women, mixing fabulism with queer romance in a “part coming-of-age and part mythological retelling” (Chang’s own words on GoodReads).

Telling a unique, folktale-inspired story by way of generational saga, these three women’s stories are shown through blurring genres. At times violent and grotesque, at times beautiful and moving, this is a story the audience wouldn’t forget anytime soon. 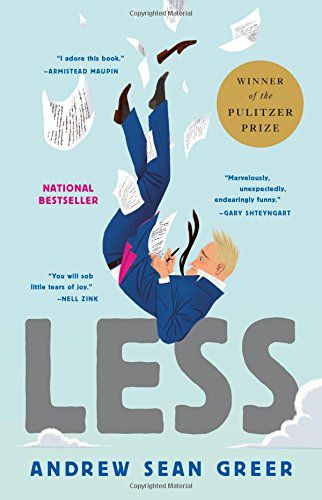 Why haven’t I heard a film version of this being discussed yet? Reading it is so visceral that the experience was already film-like. Plus, the bumbling, affable Arthur Less would make for a funny, flawed romcom hero. I’ve recommended this before and I will again, forever and ever.

Arthur, a novelist of some repute, has tumbled into middle age and is feeling very uncomfortable about it. After getting an invitation to his ex’s wedding and wanting an excuse to skip it, Less embarks on a series of jaunts around the world — hopping around international literary events. This has everything: well-developed characters, scenic settings, and a deliciously happy ending. 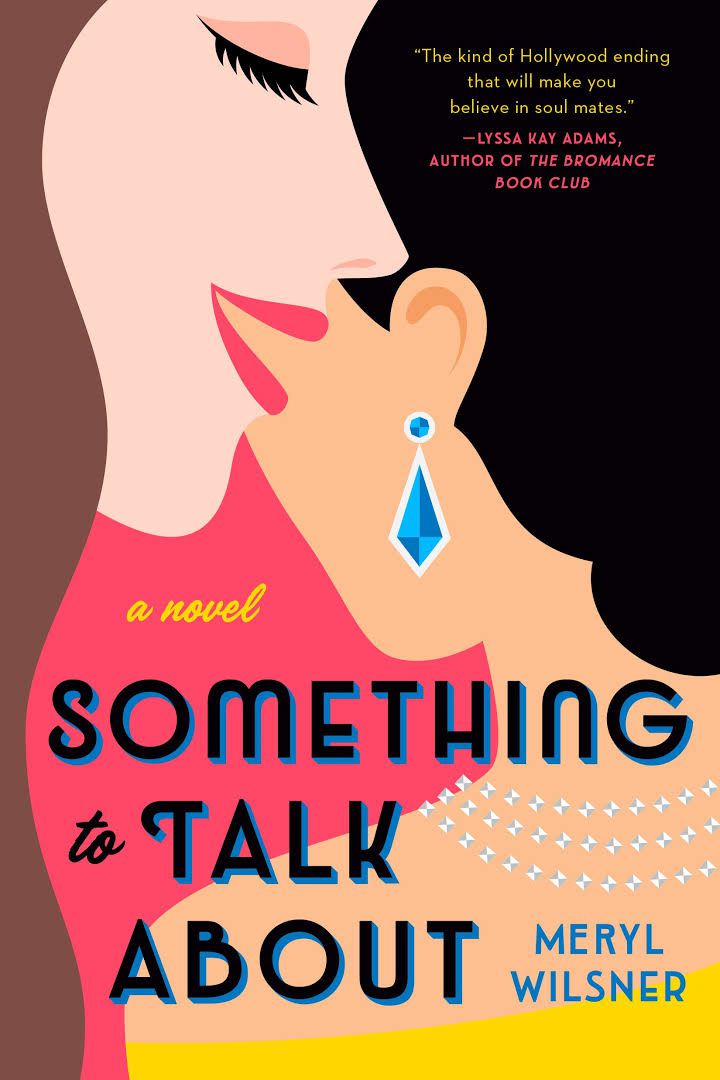 This feminist celesbian romance would definitely make for a fun watch. Jo is a powerhouse showrunner with no time for fun, whose independent lifestyle is suddenly shaken up. But why? Well, by burgeoning feelings for her attentive, capable, and foxy assistant Emma. After working together for a year and slowly becoming friends, things get complicated when the paps catch the two women in a suggestive photo — is their relationship still fully professional?

This isn’t all fluff either, there is a serious subplot involving the #MeToo movement and on-set harassment. This is exactly the type of book that Netflix likes to turn into a summer of love romcom — Emma’s sister even owns a bakery, which seems like a prime setting for some wooing. 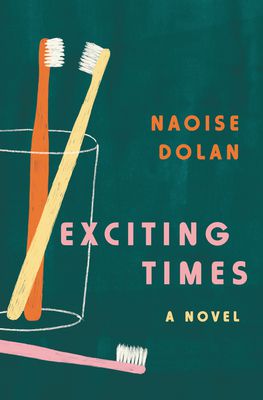 Ava lacks warmth and confidence. A loner, she has left her native Dublin to teach English in Hong Kong. Though she isn’t good at making friends, she is good at men, she tells us. So it isn’t long before she becomes involved with Julian, a British banker who seems to like her but won’t commit. They enjoy each other’s company, bantering constantly, and he invites her to move into the spare room. To save money and leave an uncomfortable living arrangement, she agrees.

Eventually, though, Julian goes home to London for six months. While living in Julian’s place alone, she falls for Edith, a cute, clever lawyer from a well-off Hong Kong family. As Ava has always struggled to connect with people, which of these two does she feel more at ease with? Generally, this would be awesome to see — it’s rare to see a character’s bisexuality presented so happily and matter-of-factly.

So there they are, Netflix. Please adapt these LGBTQ+ books. I’ll be ready and waiting, popcorn and licorice at my side.