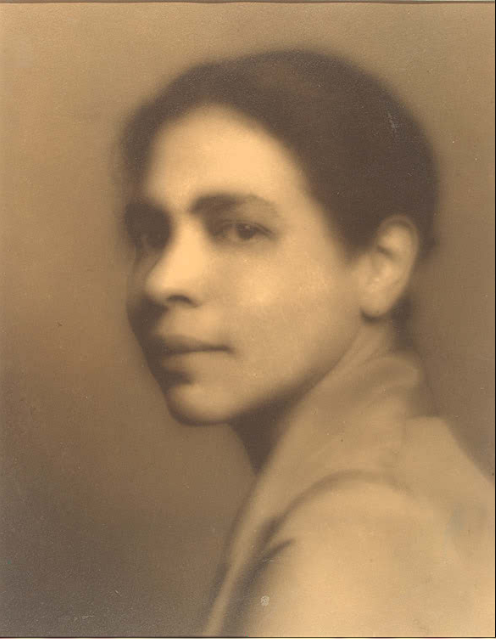 Nella Larsen first came into my life in a semester before graduate school course. I’ve been hooked on her work since. She doesn’t have a vast oeuvre and her publishing was limited, but she is always lovely to return to. Perhaps what has galvanized her to me is how she explored the concept of passing like no writer I had read before seems to do. Nella Larsen was turn of the twentieth century writer with Black and White parentage with who could pass as White. Much of her work focuses on concepts of racial ambiguity, on passing, and on racism.

For those of us who are White passing, White presenting, racially ambiguous, or of multiple backgrounds, Nella Larsen books are a boon. She explores themes of passing with a critical and nuanced view. Rather than deriding the experience, she tends to create characters that are unsettled in static. Her characters like to move through different spaces and hate being caught in one place or rooted into one category. They are restless and fleshed out. Each character wanting a life outside of the one in which they are occupying.

In light of that, for those of you just getting to know Nella Larsen, I’ve made a guide. Here’s a reading pathway for Nella Larsen’s work (1).

Start with the Short Stories: “Freedom,” “The Wrong Man,” and “Sanctuary”

The nice thing about the short stories of Nella Larsen is they are varied by topic and point of view character, but they give a good sense of her tense, poetic flourish. In all three, you can see Larsen experimenting with her prose. “Freedom” is a rushed through meditation on feeling trapped, while “Sanctuary” allows her to play with dialog in a way we don’t see until Passing. “The Wrong Man” gives us a sense of the women protagonists Larsen starts to write in her longer narratives. Chiefly, those characters are tortured, secretive and unsatisfied. You also get a sense of play, as she experiments with surprise endings and form between the three. Passing’s intense plot and even more intense emotions are balanced by heady description and an eye for detail. Speaking of emotions, Passing is upheld by its passionate, wanting characters. This is especially true in relation to Clare, the main character Irene’s old friend, rival and possible love interest. The novel concerns two women with Black and White parentage, Clare and Irene, who had grown up together but grow apart. They reconnect later, with Irene discovering that Clare is living her life as a White woman complete with a virulent racist husband.

The two women deal with desire and animosity, both unsatisfied with their current situation. For a pretty simple plot, Larsen interweaves multiple themes and experiences in a very short narrative. It intersperses discussions of race, sexuality and segregation with hyper-poetic verse. The ending is maddening, but it is supposed to leave you unsettled. 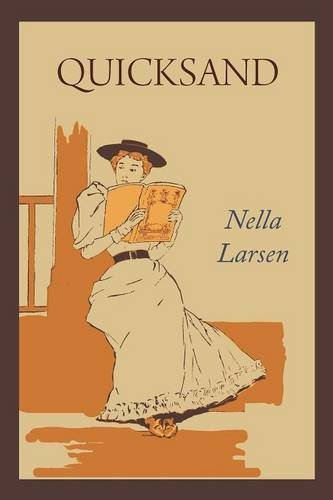 Let’s talk about a character’s journey that really comes to no satisfied lesson or conclusion. Quicksand focuses on Helga Crane’s search for satisfaction and a static identity. But Helga jumps from life to life, becoming frustrated with whatever identity she tries to tie herself too. Modernist literature is rife with unsatisfied male protagonists, but Larsen’s (possibly loosely autobiographical) novel works in conversation with all those, uniquely mimicking the experiences other White male writers of the time were trying to express, while adding a great deal of depth. Helga desires more than is available to her no matter what career or racial identity she adopts.

Helga’s search to contentment never comes to fruition, not fully. But running through Helga’s varied life brings its own catharsis, and we all need a little catharsis.

(1) Nella Larsen’s work is public domain and you can get free copies, available online.