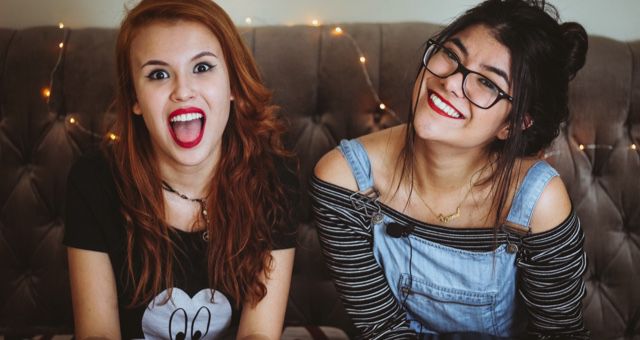 Critical Linking, a daily roundup of the most interesting bookish links from around the web is sponsored by Book Riot’s TBR giveaway.

“Teenagers are notoriously unwilling to put down their phones and pick up a book to read, much to the frustration of parents and educators, but one app developer has come up with a solution. Prerna Gupta is the founder of Hooked, a mobile app that sends short stories in text-message format to subscribers’ phones. The result has been an astonishing 1.8 million downloads of the app, since its launch in fall 2015, which means a lot of teens are reading, phones in hand.

Gupta did her research thoroughly before launching the app. Initially she published the first 1,000 words of the top 50 most popular young adult fiction on a mobile-optimized website, but discovered that the reading completion rate was only 35 percent. When she had a story rewritten in text-message form, its completion rate shot up to 85 percent. Gupta had found the magical formula, and since then, has published 9,000 stories, most of which fall into horror or fantasy genres.”

For phone readers this is awesome!

“Mackie responded by mentioning the new Marvel TV series for Disney Plus that he’s starring in. ‘When The Falcon and the Winter Soldier comes out, I’m the lead,’ Mackie said. ‘When Snowpiercer came out, you’re the lead. We have the power and the ability to ask those questions. It really bothered me that I’ve done seven Marvel movies where every producer, every director, every stunt person, every costume designer, every PA, every single person has been white.'”

“The graphic novel by Sturges (The Magicians, Lumberjanes) and Black Panther: World of Wakanda’s Martinez will center on Joy Ravenna, a transgender parapsychologist asked to investigate potential afterlife activities in the estate of a young heiress — but as it turns out, nothing is what it seems for a woman struggling with her first post-transition relationship, an angry ex-wife and, it seems, a potential murder to investigate.”

I’m going to need this graphic novel like yesterday!