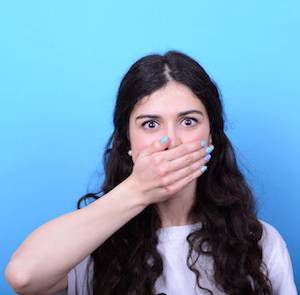 This post originally ran on April 13, 2016.
_______________
You’ve got a handful of pages to prove your concept, to introduce your character, to get your hooks into your reader and keep ’em coming back for more. How do you handle it? In The Art of the Start we look at first issues, be they new originals, fresh story angles, or total reboots. You only get one chance to make a first impression.

I left The Force Awakens with my zeal for Star Wars rejuvenated. I was entranced by characters new and old, but none more so than Poe Dameron. There was something about the dauntless pilot with tons of personality that clicked with me instantly. He reminded me of Han Solo, Star-Lord, and Green Lantern Hal Jordan wrapped into one person. He’s not just brash and cocky – though he’s certainly those things too. In the few scenes we get of Poe, there’s this warmth underlying everything that he does. From naming Finn to greeting BB-8, he’s full of joy. He’s just a really nice guy who happens to be the best there is at what he does. After the movie, I immediately wanted to know more about Poe and was hopeful we’d get to see more of his pre-Force Awakens outings in comics form. Now we’ve got a brand new series focusing on the most daring pilot in the resistance as he leads Black Squadron on the path to Episode VII.

General Leia Organa has dispatched Poe Dameron – and a squadron of his best pilots – to investigate the whereabouts of Lor San Tekka, the mysterious explorer Poe meets with at the beginning of the Force Awakens. The information Leia provides sends Black Squadron to a cratered planet on the edge of the Outer Rim. Poe descends through a hole in the planet’s surface and wends his way through a circuitous route to discover a secret, sealed off city within in the planet. The denizens of this city worship a giant egg and they perceive Poe as a threat to their savior. But is his charm enough to get the populace to trust him with the Empire banging down the door?

Sometimes in tie-in fiction character can be hard to carry across representations, especially when the character has little screen time to firmly establish all their reactions. But this creative team really understands Poe as a character. He’s daring, he’s funny, he’s compassionate. The issue does a great job of presenting the voice of Oscar Isaac, too. I can hear the line deliveries in the character. From poking fun of the giant egg to arguing with BB-8, there’s a nice bit of comedy underlying the character. He’s loose, but focused. Disarming, but cunning. Just as liable to call his squad mates buddy as he is to call an adversary pal. BB-8, too, is incredibly in character. His bleeps and wreeps are well timed and it’s fun to read into what those lines might mean. When BB-8 races in front of Poe to defend him with his electric shock, you want to give a little cheer. It’s just strong writing backed up with art that knows how to convey just the right amount of charm and smarm.

Charles Soule has been doing a great job with his Star Wars works so far, but I think this first issue of Poe is probably his strongest contribution yet. It’s clear Soule has a handle on the universe and who these characters are. A brief sequence in which Leia gives Poe his mission feels so true to the characters, so vivid, that Carrie Fisher’s voice shines through. There’s a very throwback vibe to the story of this issue, too. The cosmic egg-worshiping city feels like something out of a 70s sci-fi film, like Zardoz. Even the setup of people living within a craggy planet reminds me of “For the World Is Hollow and I Have Touched the Sky,” one of the zanier original Star Trek episodes. It plays with he same conventions and source material the original films borrowed from and it’s better for it. Soule’s plotting leaves a lot of room for character, too. We get small beats between Poe and BB-8, Poe and his crew and Poe and Leia that mean a lot. They may only last a panel or two but they give us more than just plot points strung together.

I’m not even really sure what to say about Phil Noto’s art. It’s so on point and just so great. Noto is able to reproduce Oscar Isaac’s face without it ever feeling like tracery. The images aren’t flat, there’s light behind the eyes of the characters on the page. There’s a bit of a running joke in Star Wars circles that no one can reproduce Isaac’s face. Much of the merchandise of Poe is oddly inaccurate. My Poe Dameron action figure looks more like Walter Koenig from Star Trek VI than it does Isaac. But Noto reproduces him so strongly. He captures the sort of 70s matinee idol look of Poe from early in the film and allows that to guide the look of the unhelmeted Poe late in the issue. Leia in particular evokes not just the Carrie Fisher of today but a sort of timeless Princess Leia, too. The action sequences are well done, too. The flight of X-Wing through the canyon, the conflict between villagers and Poe are well executed. It’s just a great looking book.

The issue also features an adorable BB-8 back up story written and drawn by Chris Eliopoulos with colors by Jordie Bellaire. It’s a simple story of the droid bringing two people together, but it’s fun and cute and works incredibly well. I hope we get more of these peppered throughout the series. It’s a great way to tell BB-8 stories, by showing how connected BB-8 is to people: from Poe and Rey to Finn and these pilots.

This first issue brought back fond memories of the X-Wing comics and novels, as well as the Rogue Squadron video games that shaped so much of my Star Wars love in the late 90s. It feels very in line with those series, while feeling unique to this crew. Pilots from The Force Awakens seem poised to have their backstories told and will allow this portion of the Star Wars to be fleshed out even more. I’m eager to read more, and to especially see what Charles Soule has in store for Poe and BB-8 as they continue on the path that brings them to Jakku.

Me, after reading this issue