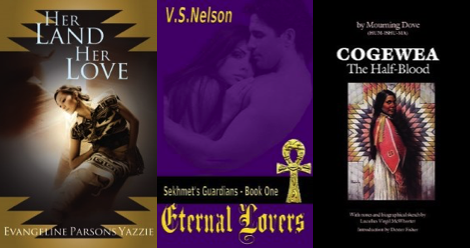 If you search Google for Native American romance novels, you get a very ugly picture of the first two decades of the post-1972 historical boom, complete with racial stereotypes and fetishized Native heroes. As author and romance academic Olivia Waite puts it, “When it comes to the treatment of Native Americans in fiction, the romance genre has a lot to answer for.”

That just might be related to the fact that if you type “Native American authors” and “romance novels” into Google together you get almost nothing usable as a result.

That the romance genre has a diversity problem is not news. If you’ve been around the romance community and industry in recent years you’re well aware that there’s an issue. You’re probably also aware that the road to progress is proving to be long and arduous. And, shamefully, most of the stumbling blocks have come from inside the community. The largest of which is racism among the reading body, fed by generations of white authors, white characters, and Othered/fetishized “savage” heroes. Though in recent years the genre has made great progress in the push for greater diversity, the research that I undertook to write this piece has made it painfully clear that there are still massive holes in representation.

That isn’t to say that Native American romance novels by Native authors don’t exist. I’m going to discuss three novels that do fit that criteria. But the amount of digging that it took to find them is not just unfortunate, it’s shameful. 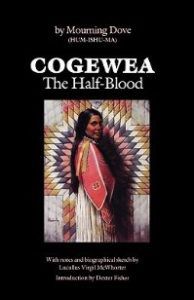 Cogewea, The Half-Blood by Mourning Dove

This past April (2017), at the annual Popular Culture Association conference, one of the Romance section presenters discussed a 1927 novel called Cogewea by Native American author Mourning Dove. The presenter, Dr. Jessica Matthews of the English department at George Mason University (@RomanceProf), emphasized Mourning Dove’s determination that her novel should be written and read as a romance, right down to her insistence that the novel end happily. Mourning Dove was a fan of Western romances, and wanted her novel to fit into that genre. Cogewea tells the story of a girl caught between two worlds: that of the Anglo ranchers and that of the full-blood reservation Indians. This internal conflict is in turn personified by the two men who come into Cogewea’s life, the easterner Alfred Densmore and the half-blood cowboy James LaGrinder.

While, like other early romance novels from that era, Cogewea may not fit every modern expectation of a romance novel, its love story is undeniably the heart of the novel. And it is love, ultimately, which allows Cogewea to resolve her own conflicted identity. 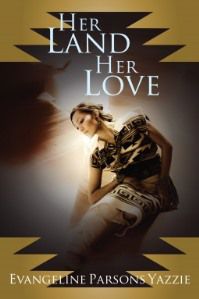 Her Land, Her Love by Evangeline Parsons Yazzie

Yazzie’s novel is the first in a series of three Native American romance novels (so far—the third novel, Her Captive, Her Love, was just published earlier this month) that follow the story a Navajo family, beginning with the 1864 deportation of the Navajo people, The Long Walk. The main characters of Her Land, Her Love (2014), Ninaanibaa and Hashké Yił Naabaah, find their lives disrupted and their family scattered, with only their love to keep them together during a time of dangerous, frightening upheaval. 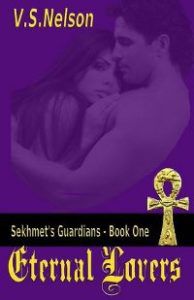 If Westerns and historicals aren’t your cup of romance tea, but you still want to read Native American romance novels by a Native author, V.S. Nelson has you covered. Eternal Lovers (2013) is the first in Nelson’s Sekhmet’s Guardians, a series that intermingles Egyptian and Native American folklore. Heroine Jennifer has always had to hide her own dual nature, until she finds herself on a journey of self-discovery that leads her to cold, distant, and definitely-not-human Gabriel. Together they find themselves facing down a great power that threatens both their lives.

Nelson’s novel, of the three, is the most technically a romance in terms of structure and form. Eternal Lovers is part of an ongoing narrative, but each book in the series, including the first, features a central couple and a happy ending.

I sincerely wish this list were longer, and that there was such an abundance of choice that I could provide you with a 100 Must-Read list of Native American romance novels by Native authors. It’s clear that the romance genre still has a long way to go to become truly diverse.

There are a number of talented Native American authors in the book world, and they are publishing, among other things, volumes of poetry, literary fiction novels, and YA novels. If Romancelandia finds itself short of Native authors, it is likely because the romance genre has seldom shown Native voices and Native characters, anything but prejudice and disdain.

Respectful authors like Beverly Jenkins—who writes lovingly researched historical novels that have frequently featured characters of mixed African American and Native American descent—have been few and far between. If you’re interested in reading more romances with well represented Native characters, beyond the three books above I also highly recommend Jenkins’s Topaz, Night Hawk, Before the Dawn, or Something Like Love. Each of these novels features at least one character of mixed Native American descent.

Right now the most important thing we can do as romance readers is to support authors like V.S. Nelson and Evangeline Parsons Yazzie. Support them, spread the word about their books, and—equally important—stop literally paying into Native American stereotypes in the genre by buying books that perpetuate those stereotypes.