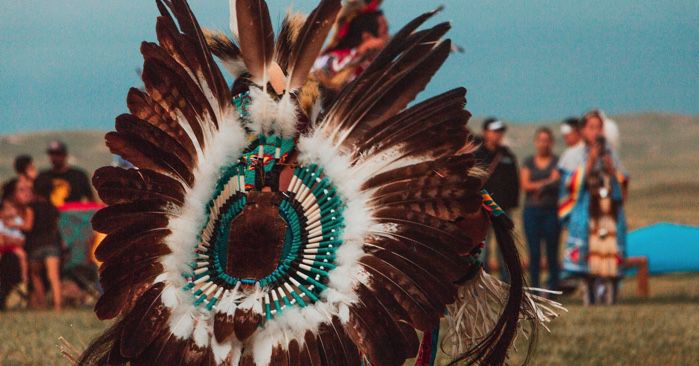 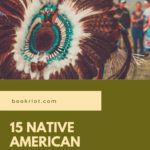 For far too long, we’ve swept Native American voices off as either mystical and extinct, or fairy tales. However, we live in a culture that was heavily influenced by our Indigenous Nations in the U.S. and it’s time to stop ignoring the real and profound mark they’ve had on our society. Our children deserve to know about these heroes and heroines with Native American children’s books and their stories of strength in the face of adversity. Their unique problem solving, and their love and ardent respect for the Earth and all of her inhabitants. Not only are they heroes of the past, with peace laws that inspired the Constitution of the United States, but today—every day—Native Americans standing up and asserting that they’re still here.

Here are 15 #ownvoices picture and board books that speak about Native American tradition and culture that every child needs in their library. You can also find more picture books here. 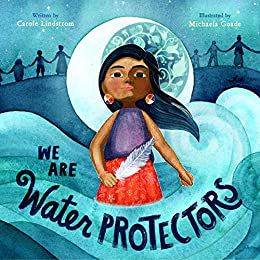 Inspired by the events at Standing Rock in North Dakota, Carole Lindstrom’s poetry speaks to just how important it is to stand up for the Earth and her first medicine, Water. The illustrations are powerful, and give children a sense of power and determination to do what is right for the world. 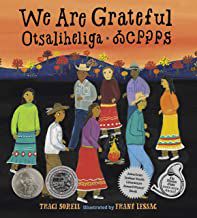 We Are Grateful: Otsaliheliga by Traci Sorell and Illustrated by Franne Lessac

Following a Cherokee community throughout their year, we learn how to live with otsaleheliga (thankfulness) through work and celebration. Written by a member of the Cherokee Nation, we are given a glossary of Cherokee terms which help us to realize language is imperative to our cultures. 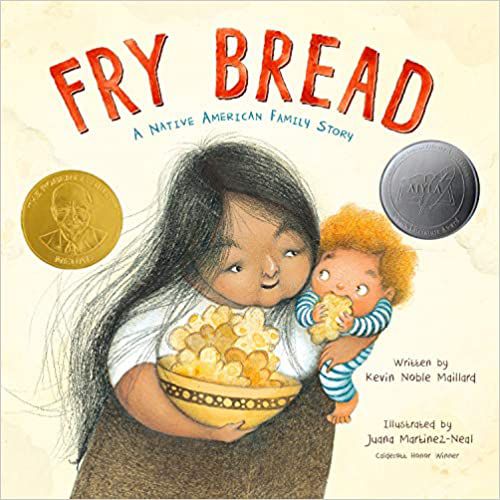 Fry Bread gives us a glimpse into the modern indigenous family. Fry Bread is food, it is time, love, patience, and it is ancient. It’s a sweet story that helps us remember that our families have roots; and Indigenous people are still here, with roots deeper than we realize. 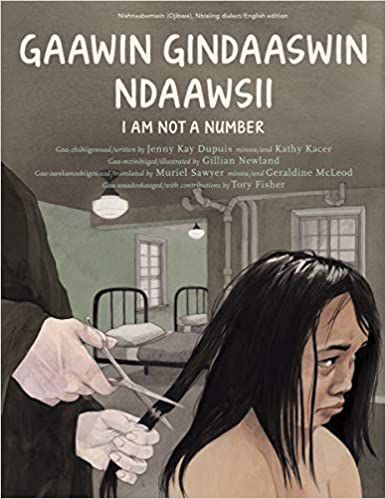 I Am Not a Number by Dr. Jenny Kay Dupuis, Kathy Kaser, and Gillian Newland

Written in both Nishnaabemwin (Ojibwe) Nbisiing dialect and English, we are given the story of 8-year-old Irene who was removed from her Indigenous family to go to residential boarding school. This book looks at the darker part of Indigenous history. It’s about the fight to maintain personal and cultural identity in a time when every other effort was to erase it. 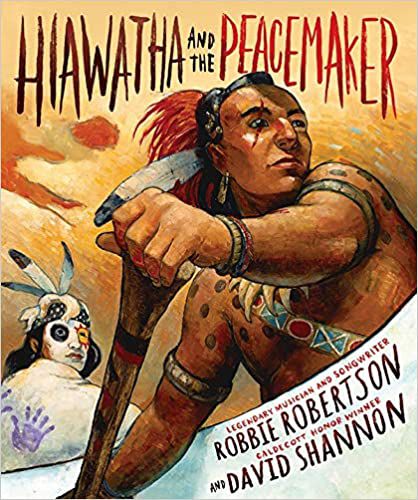 Hiawatha and the Peacemaker by Robbie Robertson and David Shannon

Here we learn of the story of Hiawatha and his journey to translate the Peacemaker’s message of unity to the five warring Iroquois nations in the 14th century. His message changed how the nations governed and, in fact, helped start one of the earliest democracies in our world. Their new governing system eventually inspired leaders in the new settler nation as they were writing the United States Constitution. 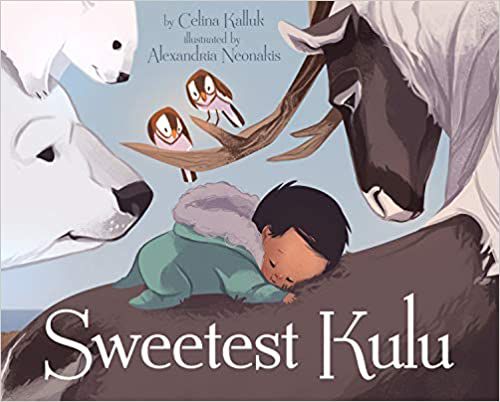 Sweetest Kulu By Celina Kalluk and Illustrated by Alexandria Neonakis

A sweet board book for newborns and toddlers, Sweetest Kulu is a bedtime poem that speaks about a little “Kulu” (a term of endearment for babies in Inuit culture) receiving gentle gifts from the animals of the Arctic revealing what is most important: love, and respect for the land and its animal inhabitants. 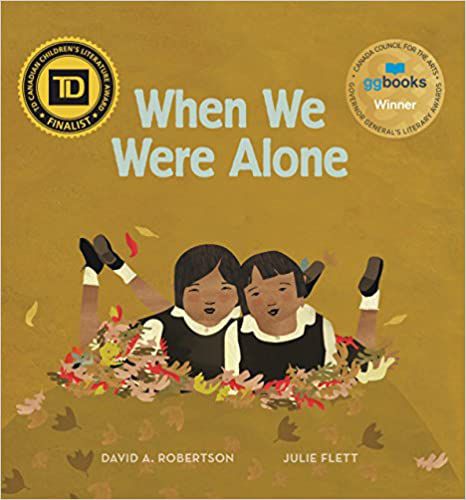 When We Were Alone By David A. Robertson and Julie Flett

When a young girl is working in the garden with her grandmother, she starts noticing why she wears her hair a certain way, why she speaks a different language with other people, and why did she spend so much time with family. Her grandmother tells her about the residential school that she was forced to go attend. It’s a story of the dark spot in our history, but also a story of resilience and strength. 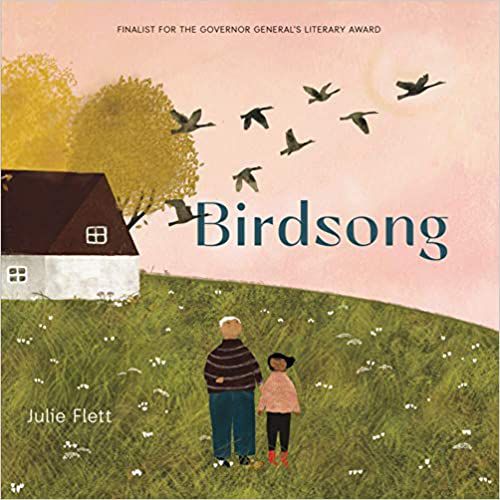 Another story of a young girl in a new situation, but this time its about a girl moving to a small town from the country. She is lonely, misses her friends, and generally sad. She meets her elderly neighbor who offers friendship. This book offers a look at intergenerational friendships and what they often look like when the health of one friend is starting to fail. But mostly, it’s a story about love. 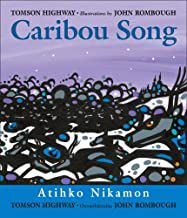 Here we meet Joe and Cody, two Cree brothers who follow the caribou all year long with their parents and their dogsled. To attract wandering herds they play music and dance, Joe with the accordion and Cody with his movement. Being caught in the moment, they don’t notice that their valley begins filling with tens of thousands of caribou. Instead of falling to the fear of the moment, they embrace the caribou song. 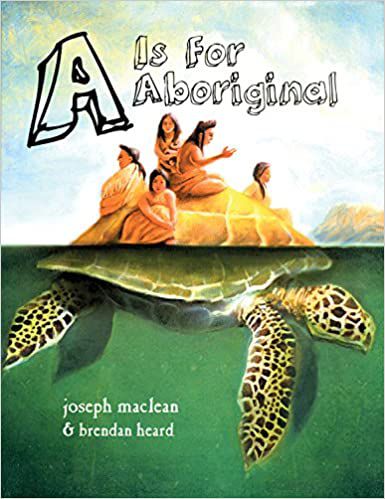 This fantastic little book will give young readers a glimpse into the vast and diverse Indigenous cultures found here on Turtle Island (North America). Filled with various facts that are often left out of history books. Each letter also is associated with a different Nation found around the world, with an extensive glossary at the end for young readers to seek and understand more. 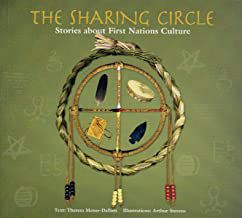 This is a collection of seven stories to share about First Nations culture and spirituality. The stories follow a young boy, Matthew, as he thinks on the things he loves and loves to share. Items that remind him of his First Nations heritage, of the love of his family, of the strength of nature, the medicine of the land, and the deep bond of friendship. We find out why these items are sacred not only to Matthew, but to everyone in his culture. 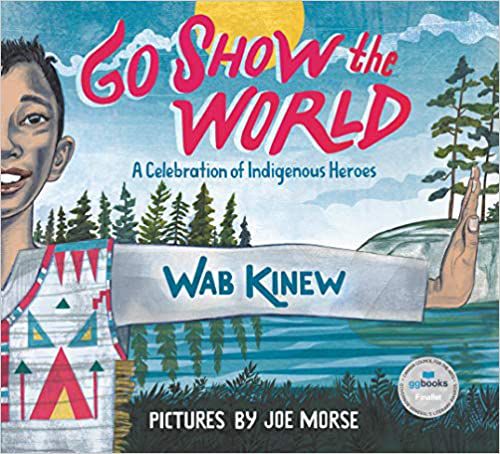 Go Show the World: A Celebration of Indigenous Heroes by Wab Kinew and Joe Morse

“We are people who matter, yes, it’s true; now let’s show the world what people who matter can do.” Wab Kinew wrote the rap song that inspired this fabulous little book as it looks at famous Indigenous people including Crazy Horse, Net-no-kwa, former NASA astronaut John Herrington, and Canadian Carie Price. It showcases that no matter how hard settlers had tried, they could not be erased. 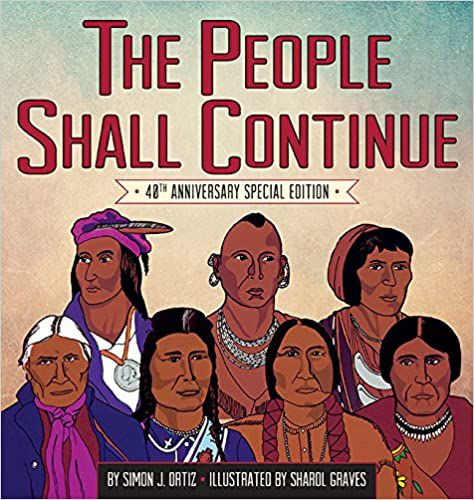 The People Shall Continue by Simon J Ortiz and Sharol Graves

This powerful—and often painful—book looks at the history of North American First Nations. Told in the rhythms of traditional oral storytelling, we go back to creation—to the settler invasion and usurping of Native lands. The people saw their lands be destroyed for profit, saw the destruction of their Nations. It tells of how hard they fought, and how hard they fight now to keep their cultures alive. Even after everything they’ve been through, and what they still go through…they persist. The people shall continue. 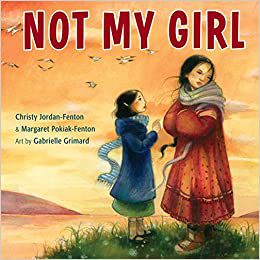 Based on the life of Margaret Pokiak-Fenton, Not My Girl talks about what happens when children come back home from residential schools. This book beautifully shows the real consequences that these places had on families and cultures. It’s powerful and moving, and reminds us whats truly important. 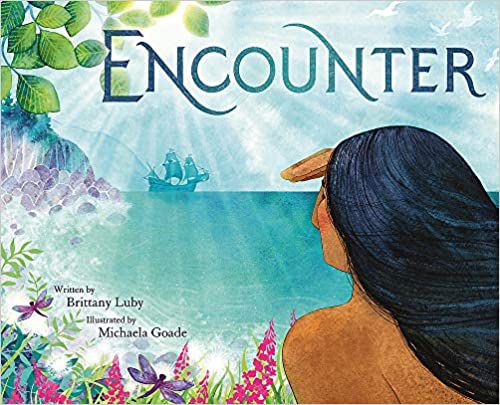 Encounter imagines what it was like when the first explorer and native meet. Based on real journal entries from french explorer Jacques Cartier, we step into a world where only the humans notice their differences. What could happen if understanding and finding common ground were the first processes of adventure?