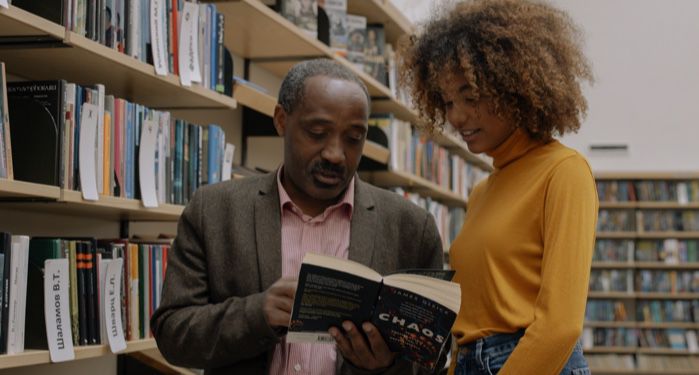 National Library Card Sign-Up Month has been around since 1987. It began as a response to William Bennett, who was Secretary of Education at the time. He said “Let’s have a campaign […] Every child should obtain a library card and use it.” Boom, the program was born!

Each September during the beginning of the school year, intrepid librarians all over the United States strive to get library cards into the hands of as many people as possible. Let’s take a look at the importance of libraries and some of the activities librarians have in store this month.

The Impact of Libraries

In the United States, public libraries took part in some of the most important democratic actions the country had ever seen. This included supporting the accurate counts of the U.S. Census, fighting disinformation on the political front and facilitating fair elections. This is just the tip of the iceberg, to learn more, read the American Library Association’s Special COVID-19 Report. The bottom line is, public libraries are crucial in order to have a fair and just society.

Libraries Save You Big Money & Much More!

This isn’t just a September activity, though, all during the school year, public librarians will be helping parents realize the amazing savings they can experience by using a library card. It’s one of those things that sneaks up on you, the savings aspect of public libraries. As someone with young children, I borrow 10–15 different picture books every two weeks from my public library. Let’s say an average picture book costs $8 (I’m being generous here), that means I’m saving well over $200 a month on books.

It’s not just about money, though, it’s about experiences, learning and engagement. Public libraries offer tons of free STEAM programs and activities, homework help, workshops on virtually anything you can think of. As mentioned by the American Library Association (ALA), it is by far the most cost-effective back to school supplies available!

This year, there is a brand new initiative being launched by the ALA. Teen author and activist and founder of #100BlackGirlBooks Marley Dias will be promoting National Library Card Sign Up Month as Honorary Chair of the program.

So what kind of activities are taking place? Loads!

To start, libraries are doing a library card BINGO game where you take place in activities like “borrow a banned book” or “follow your local public library on social media” or “get two people to sign up for a library card.”

Librarians are also giving away amazing goodies like tote bags, bookmarks, and even cake, yes cake is back in some public places now!

The 5-Minute Librarian has an amazing blog with some great ideas, these include: Using local celebrities to be the spokesperson promoting the importance of the library card. It doesn’t even have to be a celebrity, just someone the town admires. One idea is to use a local judge to have their photo taken with their new library card and to promote it on social media.

Another amazing idea is to get library users who haven’t graced the floors of the library in a while back in the doors. People who haven’t used their library card in three months AND new library card sign-ups will be entered into a draw to win a great prize!

As a public librarian for over five years, I did many library card sign-up drives and one of my most effective ways was to visit local high schools. I went there with two purposes: one was to deliver a research skills presentation and the other was to survey them on their reading for pleasure habits. It was a win-win because the teachers made the students fill out the survey, and every student who did the survey got a small prize. Once this relationship was established with the school, I then went back a month later with a portable scanner and a clipboard and signed up any students who wanted to there on the spot. It was a huge success and resulted in some amazing teens getting involved in the library’s other activities.

Make sure you follow #LibraryCardSignUpMonth to see all of the amazing activities happening in September!