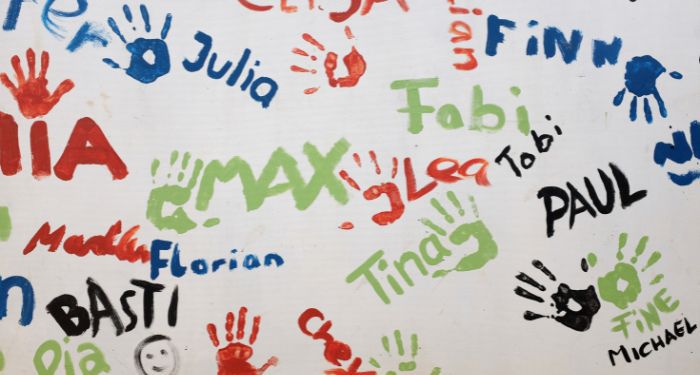 Authors have to pick out names over and over again for their characters. And some of them are pretty fantastic at it. Shakespeare helped invent the names Olivia, Miranda, and Jessica, which all are popular today. Charles Dickens gave his characters names that represented their personalities, from the miserly Scrooge in A Christmas Carol to the pompous Mr. Pumblechook in Great Expectations. And we all should bow to Jane Austen for naming her most beautiful, most popular, most perfect character after herself in Pride and Prejudice. Many kids today are named for iconic literary characters or authors. Harper, Atticus, and Scout have all become popular names inspired by To Kill a Mockingbird. And Matilda, Eloise, Ramona and Madeline all are certainly getting a boost from the association with their spunky children’s book characters. Authors use names to symbolize many aspects of their characters and in doing so create many strong associations. But this made me curious. Since authors can be so intentional and specific with their character names, what names do they choose when it comes to having their own children?

Most authors create more books than offspring (Tolstoy is the only exception I know of, with 13 children). And each book has dozens of characters to name. So I’m assuming many writers save their favorite names for their children. Or in some cases their children share names with some of their most iconic characters. I suppose their spouses probably had some say in the matter too!

This curiosity led me down a deep research rabbit hole. One that many probably find boring, but I got more and more interested in with each Wikipedia article I clicked on. Without further babbling from me, here are the names over 60 authors chose for their own children.

Names Chosen by Children’s Authors for their Kids

It was interesting to see so many popular names that authors chose for their children. Maybe some of them saved their creativity for their fiction? Or they just decided to go with more mainstream options. But while there are a lot of Michaels and Elizabeths on the list, there are some unique names that stand out as well. Two names that caught my eye were Toni Morrison’s son Slade and Roald Dahl’s daughter Ophelia. Such cool names! And the most surprising name to me was Melville’s son Stanwix. I’ve never heard that one before. My curiosity on what names authors chose for their own children has been satisfied…at least for right now.