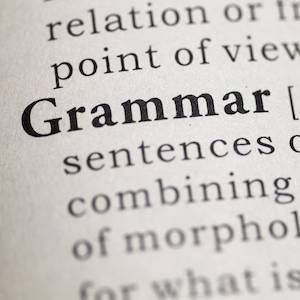 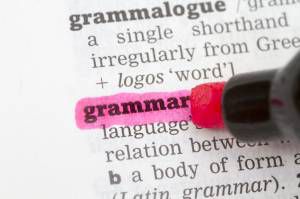 How often have you thought about some language phenomenon and wondered if there was a name for that? Is there a term for what someone named Mr. Read teaches English or if the definition of a single word can mean one thing and the exact opposite thing?

Chances are there is a word for that.

But do you know your backronyms from your eponyms?

Let’s take a walk through the world of grammar for some of the fun, interesting, and neat quirks of the English language, all of which conveniently end in -nym. For those who didn’t take a Classical language or who didn’t get to enjoy a year of learning various root words and suffixes in school, “-nym” comes Greek and means “name.”

What happens when you have two words that are spelled and pronounced the same way, but their varying definitions make them contradictory? That’s called an auto antonym or antagonym. These are also sometimes called contronyms.

If you were anxious about something, you could have been either extremely distressed about it or extremely excited about it. The same goes for hysterical.

It’s not hard to replace the papers on your desk and replace them into a garbage can.

It’s amusing when the local weather person’s name is Ms. Freeze or there’s a police officer with the last nap Kopp. In instances where a person’s name lines up closely with what it is they do for a living, you have yourself an apotronym.

Examples of amusing apotronyms (all of which are real people): Reggie Corner, who is a cornerback for the Buffalo Bills, meteorologist Storm Field, singer Bill Medley, and Scottish politician Jim McGovern.

What happens when someone’s name and what they’re known for is ironic, rather than simply descriptive? That would be an inaptronym.

Examples of inaptronyms (again, all real people): Lance Armstrong, who was known for his leg strength; Frank Beard, of ZZ Top, who didn’t have a beard; and Edward Cocaine who was arrested for possession of Xanax.

This is a classic portmanteau, or a word made by combining two different words. We know what an acronym is — it’s a word that stands in place of a series of words, like NASA or BMW — but what about when we make the letters of already-existing words stand in for an acronym? Rather than form the word from the expression, the expression is formed from the word as it is. Welcome to the backronym.

Examples of backronyms: Bing, the alternative search engine to Google, has been backronymed to mean “Because It’s Not Google”; Ford, the car company, has both positive and negative backronyms as “First On Race Day” and “Found On Roadside, Dead.”

If a word changes meaning and pronunciation when the first letter is either capital or lowercase, you have a capitonym.

We could talk about Job’s job or about how her Muse would often muse about how to polish off her Polish sausage.

An eponym is a word created after a person or an idea. This one is a little more difficult to define in words, but it’s easy to understand through example since it’s so common.

When you have a pair (or trio) of words that are spelled the same but are pronounced differently and mean different things, that’s a heteronym.

Depending on where the sewer is located, it could be near a sewer. But be careful because depending on what she does, she might lead you into a land of does or desert you in the desert, which would certainly affect your affect.

While this seems like a lengthy list of -nyms, it’s far from complete. There are still plenty more grammatical terms for strange phenomena. It’s no wonder that English is such a challenging language to learn — once you think you have the hang of something, it turns out you might not understand it at all.