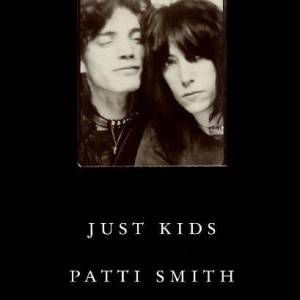 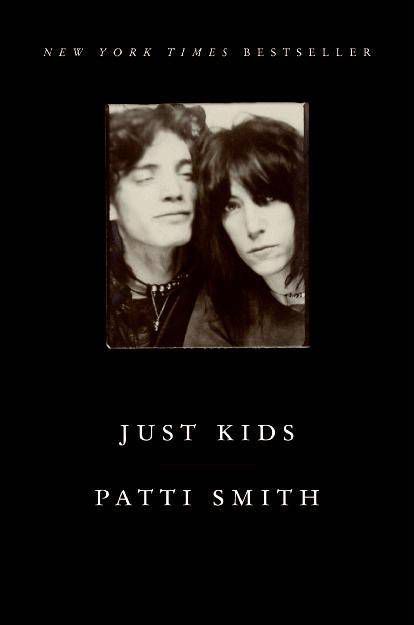 I’ve seen Patti Smith only once in my life, not onstage but in the checkout line of the Whole Foods in Chelsea: tall, gaunt, overcoated, unmistakably herself. I’ve never been a fan of her music, which belongs for me in that category of “extremely brilliant and personally disinteresting” where I file artists like Tarkovsky or Kurosawa—artists whose work I can appreciate without particularly wanting to embrace. But like a lot of other people, I wept my way through her National Book Award-winning memoir, Just Kids, entranced not just by the extraordinary mythology of her life but her flawlessly rendered version of a lost New York to which no artist, genius or hack, can ever move—a New York that very possibly never existed, or at least not for anyone who wasn’t Patti Smith, but in either event will certainly never exist again.

M Train is a very different book than Just Kids, as incongruous in some ways as the idea of Patti Smith poring over vegetables in a Whole Foods (out of all the gin joints in all the towns, etc.). It’s a discursive chronicle of an older, intensely solitary life characterized by loss so chronic as to be inescapable. Smith leaves behind beloved coats, photographs, cameras, pens, notebooks, treasured cafés shuttered by gentrification. All of these losses are a kind of extended shorthand for the greatest loss of all: that of her longtime partner, the musician Fred “Sonic” Smith, whose sudden, unexpected death and the subsequent void of his absence permeates every page of Smith’s often-dreamy account of travel, work, travel, books read, coffees drunk. M Train is a book almost entirely about absence and longing, but it is written by a person who would far rather be alone than with a poor substitute for the beloved, and so it is also the daily résumé of a life that is enviable in its Spartan freedom. She feeds the cats. She cleans their water bowls. She travels: to play shows, to give readings, to see friends, to take photographs of the graveyards of people whose art she admires. She drinks a lot of coffee and she makes a lot of spaghetti. She is accountable to no one, to nothing, but the practice of her art. “Here is joy and neglect,” she writes. “A little mescal. A little jacking off, but mostly just work. –This is how I live, I am thinking.”

Isabelle Eberhardt was born in Switzerland in 1877, the illegitimate child of a general’s wife and the household tutor, a Russian nihilist who dressed her in men’s clothing and took complete control. He taught her to read and write French, Russian, and Arabic and insisted she undertake hard physical labor outdoors with her male siblings. He taught her to ride horses, despise bourgeois values, and disdain public opinion. Eberhardt may have learned her lifelong desire for escape in the hardships of her childhood, but her father’s punishing lessons also gave her the multitude of skills she’d later need to survive as a woman alone in North Africa. After fleeing Switzerland for Algeria, she converted to Islam and embarked on the nomadic life for which she would gain notoriety in her lifetime and admiration after her death. She traveled throughout North Africa dressed like—and often passing as—a man, smoking hash in the Tunisian equivalent of dive bars and writing articles, essays, and fiction. Her collected body of work, including journals and letters, ultimately comprised thousands of unpublished pages produced in a little over a decade. She survived illness, dire poverty, and an assassination attempt (by saber, no less), joined a secret Sufi brotherhood, and conducted a long, wildly romantic affair with a young Algerian soldier before her sudden death in a flash flood at the age of 27.

Smith came to Eberhardt’s life and work early in her own career, and for a while shared Eberhardt’s obsession with North Africa and the Middle East: “I was drawn,” she writes in Just Kids, “to the Middle East: the mosques, the prayer rugs, and the Koran of Muhammad. I read Nerval’s Women of Cairo, and the stories of Bowles, Mrabet, Albert Cossery, and Isabelle Eberhardt.” A 1975 Smith poem, “The Ballad of Isabelle Eberhardt,” is written from Eberhardt’s point of view (“I condemn any pattern / I bind I blend”). Smith’s relationship with North Africa veers solidly into the arena of Orientalism, all “exotic” vistas and markets, but Eberhardt’s engagement is less easy to categorize: her obsessive documentation of her travels and the people she encountered employs a number of Orientalist stereotypes, but she was also a devout Muslim and fluent speaker of Arabic who strongly advocated for French decolonization of North Africa. If Smith’s Orientalism is that of a dreamy pilgrim to a land of magical barbarians, Eberhardt’s is something less easily dismissed: the observations of a gender-bending polyglot who spent much of her writing exploring a deeply personal relationship to her faith and the people she encountered.

I read Eberhardt for the first time a few weeks after I finished M Train; it’s easy to see why Smith was so drawn to her history and her work, and both women’s early lives follow similar arcs of solitude, devotion, and self-discovery. According to Paul Bowles’s introduction to Oblivion Seekers, a brief, patchwork collection of Eberhardt’s writing (fiction, nonfiction, and strange meditations that are neither, or possibly both), “her nature combined an extraordinary singleness of purpose and an equally powerful nostalgia for the unattainable,” a description that could just as easily be applied to Patti Smith. It’s easy to problematize the iconoclastic appeal of both women, who defined their own independence by rejecting femininity itself rather than rejecting or subverting the ways in which patriarchal constraints are applied to (white, in this case) women’s lives (appropriately enough, Eberhardt is one of the only female writers or artists Smith cites as influential in either M Train or Just Kids, though she’s a big fan of The Killing’s fictional detective Sarah Linden).

But it’s also difficult to escape the tremendous appeal of their narratives, particularly as a woman writer deeply invested myself in building a life outside dominant ideologies of what women’s stories should look like. The idea of a life indifferent to any demands, free of yearning for material comfort, devoted exclusively to the pleasures and hardships of work, of travel, of continual engagement with the foreign, is an idea fundamentally rooted in a certain kind of privilege, accessible only to people who have the option of passing through the world with the freedom to envision themselves as independent. And yet both women’s writing and lives offer a glimpse of a path so engaging as to be impossible to entirely reject. “I was my own lucky hand of solitaire,” Smith says in M Train; her refusal to cede to the idea that a woman alone is a tragic figure is so absolute that she does not even entertain the thought long enough to reject it. “They are epicureans, voluptuaries; perhaps they are sages,” Eberhardt writes of her titular oblivion seekers, hash smokers in a kif den. “Even in the darkest purlieu of Morocco’s underworld, such men can reach the magic horizon where they are free to build their dream-palaces of delight.” That freedom, fraught as it may be, is a promise it’s hard to turn down.