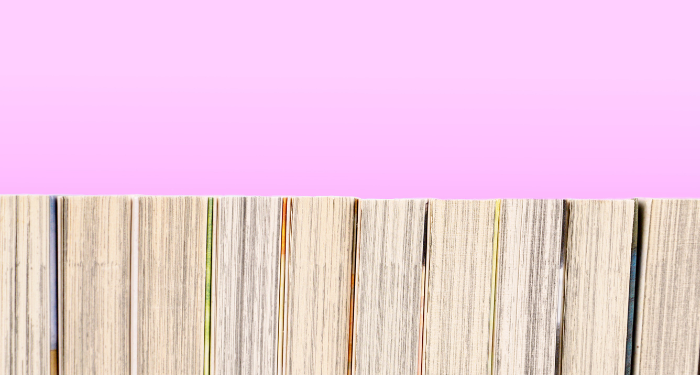 When I was in middle school, Fruits Basket had a grip on me that still affects me to this day. Fruits Basket is a manga in which select members of the Sohma family are cursed, possessed by the 12 animal spirits of the Zodiac — plus a 13th, the cat. A girl named Tohru becomes part of the family and decides she wants to unravel the curse to save the people she grows to love.

I wanted to remember why it hit me so hard. Why did tough-guy Kyo and the gang show up so regularly in my cinematic insomniac dreams? What about it made me identify so hard with Tohru Honda? So I did the only natural thing: I reread the entire series in 5 days to figure it out.

(Worth noting: I read the newer, 12-volume collector’s editions, translated by Sheldon Drzka, released by Yen Press in 2016 and 2017. In 7th grade, I would have read the 2000s-era 21-volume English release, which was translated by Alethea and Athena Nibley and published by TokyoPop.)

I started reading Fruits Basket by Natsuki Takaya in 7th grade. I was deeply clinically depressed at the time and having recurring suicidal thoughts. I was an insomniac who rarely slept more than 4 or 5 hours a night, and I’d spend long periods of the night reading, or journaling, or something else quiet that wouldn’t wake up the house.

No one really knew about it. I was too scared to open up to people. To show them how much things hurt. How so many things grated under my skin like sandpaper. I was constantly amazed that more people couldn’t see that I was drowning.

Tohru seemingly can’t hide her emotions — and she doesn’t want to. She cries in front of every single Sohma family member. And yet, there’s still a tougher side underneath that no one seems to see. The side that’s working hard every day to keep it together after her mom’s death. The side that holds incredible sorrow but prefers to cover it up with a smile.

And late in the series, she reveals that her cheeriness, the way she speaks, has been work from an early age. It’s something she adopted to be more like her father after his death, to comfort her mother. The seemingly effortless cheeriness that has seemed like obliviousness and naïveté, this earnestness that is her greatest strength, all this time was hard work.

I was a lot like Tohru. It took a lot of my energy to keep up a sheen of positivity around me. And like Tohru, I was very service-based in my love. I wanted to give my friends everything, so much that it hurt. I wanted to fix their problems while keeping my own buried. I didn’t want to worry anyone with my sleepless nights. I knew that my emotions would be a burden.

There’s a moment in Volume 11 (spoilers!) when Kyo is finally trying to admit his love to Tohru — but Tohru keeps dodging, and he doesn’t know why. He finally tracks her down, and she’s sitting there crying, because she thinks that he’s just worried about her, that he doesn’t love her but wants to comfort her. And she thinks to herself, “C’mon, stop crying. Knock it off. I don’t want him to hate me. Don’t want to make him uncomfortable.”

And that was exactly it. I was certain that my feelings would burden other people if I let them out. As a 7th grader, I was certain that if I did show myself, it would be too much for people. I would do anything for my friends. I have a great memory for people’s favorites, and I love to be of service so much that it can sometimes feel selfish.

If a friend is struggling, I’d want to make their favorite cookies and bring them all in the next day. I wanted to remember that one expensive book they wanted and give it to them for their birthday. I wanted to take the perfect photo of them that would make them realize they were pretty.

Then I’d think about what their reaction would be, and I’d see them thinking I was weird, that I was obsessed. If I was honest about how much I cared, about my friends and about everything, I felt sure that they would run away. And I didn’t want that, more than anything. I wanted someone to see that underside of me, and love me anyway.

“She’s not very good at crying for herself,” Tohru’s mother says in a flashback in chapter 135, in Collector’s Volume 12. “But even so, if she does cry, you have to stay with her.”

I wasn’t good at crying for myself, but if I did it, I made sure to do it all alone. And a big, desperate part of me wanted someone to notice my tears despite all my effort to hide them.

The people around Tohru, one by one, discover the true depth of work and pain behind her kindness, and learn to love her for it. They slowly see between her seams and hear more of her story and care for her in return. They show up at unexpected moments to protect her from hurt. They try to make their own sacrifices in return for hers. They learn to get along for her sake. Her two best friends, Uo-chan and Hana-chan, have seen everything she’s done over the past few years, and they would do anything now to protect her from further harm.

It was a dream for me, at the time. The dream that someone would see underneath the smile that I had fixed on, the positivity, and see what was hidden there, and not only love me anyway, but love me with. Even love me for. Love me for my emotional self who wanted to give everything, all the time, but who couldn’t take care of myself.

Some of this was unhealthy, tied to my depression and fear. 7th grade me wanted a savior. And before I did this big reread, when I was thinking back, I wondered if my love for the books was simply because of the people who step in to protect Tohru. The pure fact that they’re willing to make sacrifices to protect her. Did I just want a dramatic manga hero to save me? Was that the only reason I loved the series so much?

After rereading, I’ve realized it was always more complicated than that. Kyo has dark secrets of his own that he hides under a rough skin. His and Tohru’s slow coming together involves them learning that they can be emotional in front of each other, and the other person won’t run away. Her friends become so close to her because they see her true self and realize that maybe they can be their real selves in front of her, too, without being judged.

In chapter 108, which is in Collector’s Volume 10, Kyo says to Tohru: “It’s okay. Talk like that as much as you like. Let it out. You’re not gonna scare me off or anything.”

And that was it. That was the thread that made Fruits Basket speak so richly to my entire heart. That Tohru is able to be her irrepressible full self around her two best friends, around Kyo, around everyone, and it steals their hearts. That they see it, and she worries it will be too much, because her love is so emotional — so in-your-face — but then it’s not. It’s not too much. They aren’t scared off. If anything, it makes them love her more than ever.

It’s been 15 years since the first time I read Fruits Basket. That depression eventually faded, although it comes back now and then, and the insomnia and anxiety have remained persistent problems. But after years of taking risks and opening up, I’m no longer scared to show the real me. I still worry sometimes, when I’m on the verge of sending a 5th text or mailing a giant care package or admitting that I cried for 5 minutes that day because I saw a dead beetle friend on the sidewalk, that I’m too much for people.

But the good news? Like Tohru, I’ve found people who won’t be scared off.

Were you also Fruits Basket–obsessed? Let me know all about it on Twitter!

Want more manga content? Check out the 50 best manga you should read right now or our list of nonfiction manga to teach you something new.